It looks like companies found another way to make their devices’ spec sheet look attractive. As you can see, smartphone manufacturers have a habit of using large and fancy words or numbers to sweet-talk their customers.

Probably one of the latest “big words” that these manufacturers are utilizing now is the notorious dual-camera feature. And that’s probably what Cherry Mobile is doing with this new handset, the Cherry Mobile Flare P1.

One of the bragging rights that the Flare P1 has is its two-camera setup at the back. However, with its rock-bottom price tag of Php3,999, does its highlight feature work well? Or should they just skipped the contemporary feature and leave that to their high-end models? Let’s figure that out in our full Cherry Mobile Flare P1 review.

The Cherry Mobile Flare P1 shares the spirit and mishaps that almost all budget smartphone have. The cheap build quality was really expected, but they were able to go away with it by going with the right elements.

You won’t be surprised to know that the Cherry Mobile Flare P1 has an all-plastic build. However, we really didn’t expect it to have a unibody design. Having a non-removable back panel was really unnecessary, at least in my opinion. 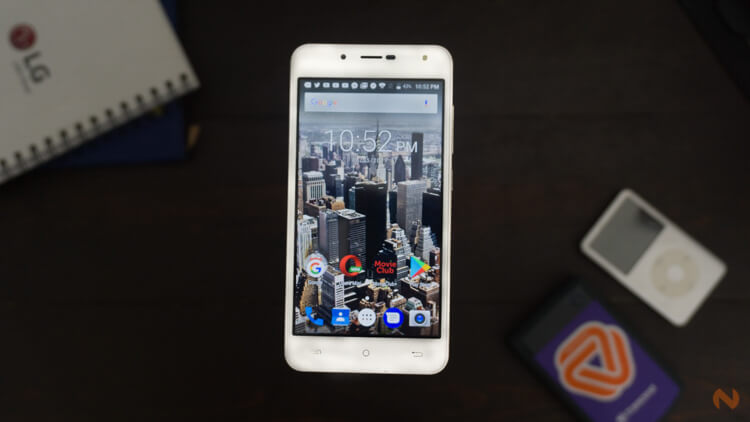 What we have here is the white variant, which looks really generic. It can also easily attract dirt and smudges. The back panel has this rubbery look to it, but it is formed in cheap plastic. If a plain color is also not your cup of tea, you can opt for the other color variants like the Black, Pink, Gray, and Gold.

The sides that wrap around the white Cherry Mobile Flare P1 has a complementing gold tint, which gives a pseudo-luxury effect. The gold band encompasses the headphone and microUSB ports situated at the top, the least comfortable location for any user. 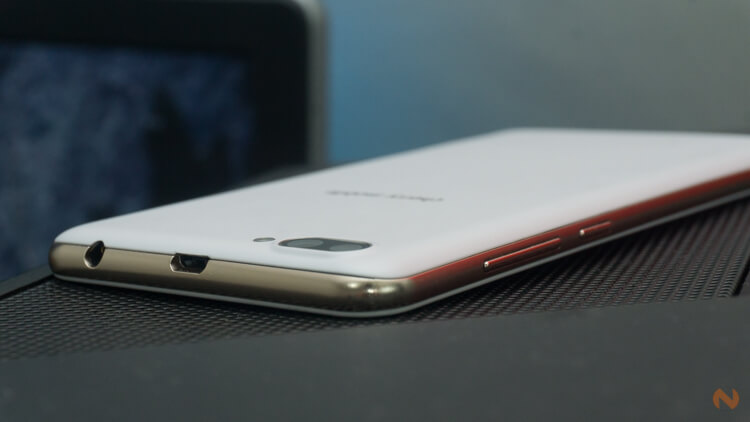 At the sides, we see all of the physical buttons that the handset has. They offer decent tactility with a hint of mushiness when pressed. We’re also seeing two speaker grills at the bottom of the Cherry Mobile Flare P1, with only the one on the left housing the drivers while the other is a just a big poser. The loudspeaker delivers decent sound quality and can fill an empty room easily.

Probably the only one striking aspect of the Cherry Mobile Flare P1’s design is its camera flashing at the back. There’s really something about those two lenses smiling at the rear that really astonishes me. A feeling that I also felt with the Asus Zenfone 3 Zoom. Overall, the Cherry Mobile Flare P1 has a decent build for its price. It’s made with cheap materials but it was built well. The slightly curved edges and insignificant weight makes its large 5-inch profile bearable in the hands.

The screen offers decent quality, more so when you consider the price. Sharpness is middling, while colors are satisfactory and with good blacks. The display can also get pretty bright, but the reflective glass above it makes it challenging to use outdoors. Now, this is where the Cherry Mobile Flare P1 really shows its frailty. This thing comes with a MediaTek MT6580 chipset, the same brain found in other Cherry Mobile devices like the FB100 and Iris. It has a 1.3GHz quad-core processor, 1GB of RAM and a Mali-400 GPU.

Let me sum up the Flare P1’s processing performance by saying that this thing is quite “laggy”. It will greet you with a slow interface just as soon as you boot the device. Swiping from anywhere the interface also displays no sign of smoothness.

Opening an app, or even just a category on the settings menu will take a second or two. I have also encountered a lot of app crashes from time to time, which can get really annoying.

We can put the blame on its 1GB of RAM for its slow response and app start up. But on the brighter note, you’ll be surprised to know that the gameplay experience is actually respectable on this one.

The humble GPU of the CM Flare P1 was able to handle the EA Sports UFC nicely with tolerable frame rates. On the other hand, the quad-core processor was able to play nicely with a pretty demanding game called SimCity BuildIt.

One of the few good things that the Cherry Mobile Flare P1 has lies in its software. The handset runs on the latest Android 7.0 Nougat with no-nonsense interface above it. Just pure Android goodness.

This new version of Android is easily the best version that Google has ever made. Everything is there for a reason. Some of the recurring features have been stripped down. They have also added other features that improved the overall experience.

To name a few good things, I like how more detailed the settings menu have been. You can now easily see how many storage space is left, the apps installed, or RAM used without the need of opening each tab. They are presented right away for a quick glance. This is even more useful considering how slow the interface of Flare P1 gets.

So, you might ask, what’s with the additional low-resolution sensor? Well, it’s meant to closely determine the depth of field of an image. This allows the device to provide the “Bokeh” effect which would dramatically blur the background of any photo. This is probably one of the most unproductive ways of utilizing a dual-camera feature.

For a quick comparison, the secondary sensor on an iPhone 7 Plus provides an extra 2x optical zoom — while the owners of the LG G6 were given an option to take wide-angle shots.

Now you might argue that comparing a Php3,999 Cherry Mobile Flare P1 smartphone to a high-end one is illogical. While it sure is true, the fact still remains that the sensors here are really not impressive.

The “Bokeh” mode, which is the only use of the dual camera setup, is finicky to use. Partnered with its slow interface, taking pictures on this thing is painfully slow and irritating. What’s worse is, the end result is a little disappointing.

However, do take note that I have reviewed other mid to high-end dual camera smartphones before, so I may have higher standards than most consumers.

The Cherry Mobile Flare P1 shares the same problem that I saw in our OPPO F3 Plus review. Both the two smartphones offer utilizes two sensors at once to create the pseudo-bokeh feature, and both of them can’t even execute it decently.

Despite the duo of lens, it still can’t separate the foreground from the background really well. The transition from the subject to the blurred background isn’t seamless. And in the Flare P1’s case, it would sometimes isolate a completely different area on the picture.

But on the bright side, the primary 13-megapixel sensor of the Cherry Mobile Flare P1 works great with the Bokeh function off. The colors are good and not overly saturated, contrast is decent, and sharpness is something to be expected. On the downside, dynamic range is not that impressive.

There’s also a 5-megapixel selfie camera at the front, which can take decent pictures. The selfies that the Cherry Mobile Flare P1 was able to produce have pale colors and lame contrast, but at least the images were bright and visible. And if it’s not bright enough for you, Cherry Mobile also equipped it with a front-facing LED flash to help in low-light scenarios.

Cherry Mobile rigged the Flare P1 with all the essential antennas for you to stay connected. The handset has 4G LTE connectivity to ensure fast wireless network connections. Although the speed will still depend on your geographical location and network provider.

There’s also WiFi b/g/n for you to utilize your home network. And during my tests, I didn’t experience any irregularities in signal strength.

The Cherry Mobile Flare P1’s Bluetooth 4.0 was also able to pair with my wireless headphones and speakers seamlessly. Based on my observation, there’s no drastic signal lost unless you intentionally walk away with the Bluetooth accessory.

The Cherry Mobile Flare P1 has a 2350mAh battery that’s powering everything — a good enough juice capacity to accommodate its 5-inch 720p display and the 1.3GHz quad-core processor.

During my tests, the P1 was able to last me for a whole day with still some charge left to spare to utilize at night. My whole day would usually consist of casual web browsing, listening to music, and streaming videos online.

I did try putting up a video playlist on YouTube and left the Cherry Mobile Flare P1 playing for a while. And after approximately 6 hours, the battery percentage dropped from 100% to only 25%. That’s impressive if you ask me.

Just like most devices today, you would still have to plug this thing in every night. Not unless if you’re a light user, then the Flare P1 can possibly last you till the next day.

To answer the question from our introduction — is the Cherry Mobile Flare P1’s dual camera feature good? The short answer is no.

Don’t get me wrong, I do appreciate the local brand’s attempt to deliver today’s trendy smartphone feature to affordable smartphones. However, I think it would have been nice if they just saved it for their mid to high-end models. 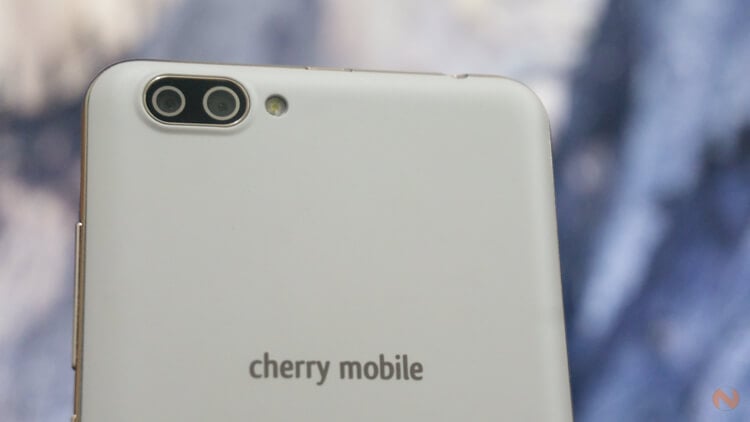 The small money you would be paying for the “dual camera” premium should have just been utilized in other important features. For one, Cherry Mobile could have opted for a larger RAM. They could have at least grabbed a 2GB memory instead of only 1GB.

The company has a lot of other Android smartphones, though. So in case a dual camera configuration isn’t a top priority, you might want to check out other handsets.

However, Cherry Mobile can still turn things around. As what I have said, the dual-camera setup would have been better if it was actually able to identify the depth of field really well. It can be easily fixed with a software update, in case they plan to give one.

But nonetheless, the Cherry Mobile Flare P1 has a lot of potential. It is just up for the company to release the Kraken on this one.

In case you want something a little bit better, it’s bigger brother dubbed as the Cherry Mobile Flare P1 Plus is also available for Php5,990. 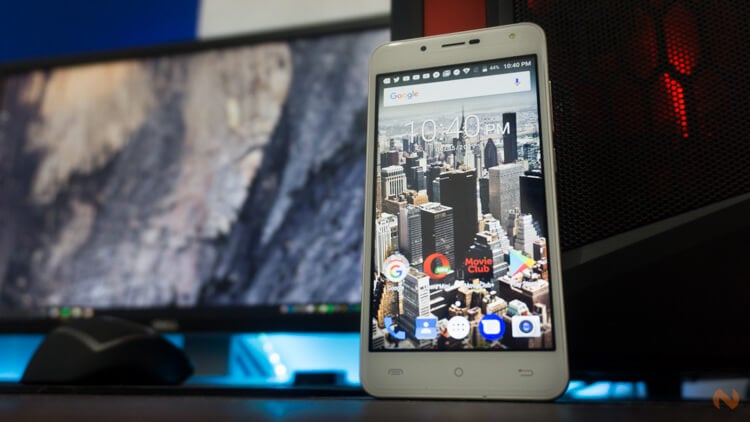 The Flare P1 Plus offers a larger and sharper display at a 5.5-inch 1080p display. Furthermore, it also has a bigger 5-megapixel secondary sensor at the back and a better processor with 2GB of RAM.

However, if you want a smartphone below Php4,000 and still want to have some nifty and cool features. You can opt for this one, or go with the Cherry Mobile Iris — which sports an iris scanner for unlocking the phone.