The smartphone market is more competitive than ever, so local brands should really step up their game. Gone are the days when they can release mediocre products and still get sales. Now, they have to earn every one of it.

Cherry Mobile‘s 10th anniversary is coming, that’s why they decided to treat their customers with something special.

On paper, the Cherry Mobile’s Flare X3 surely looks like a great offering, especially for a local company. We were given a sneak peek of what’s to come, so let us share with our initial impression of this new device. 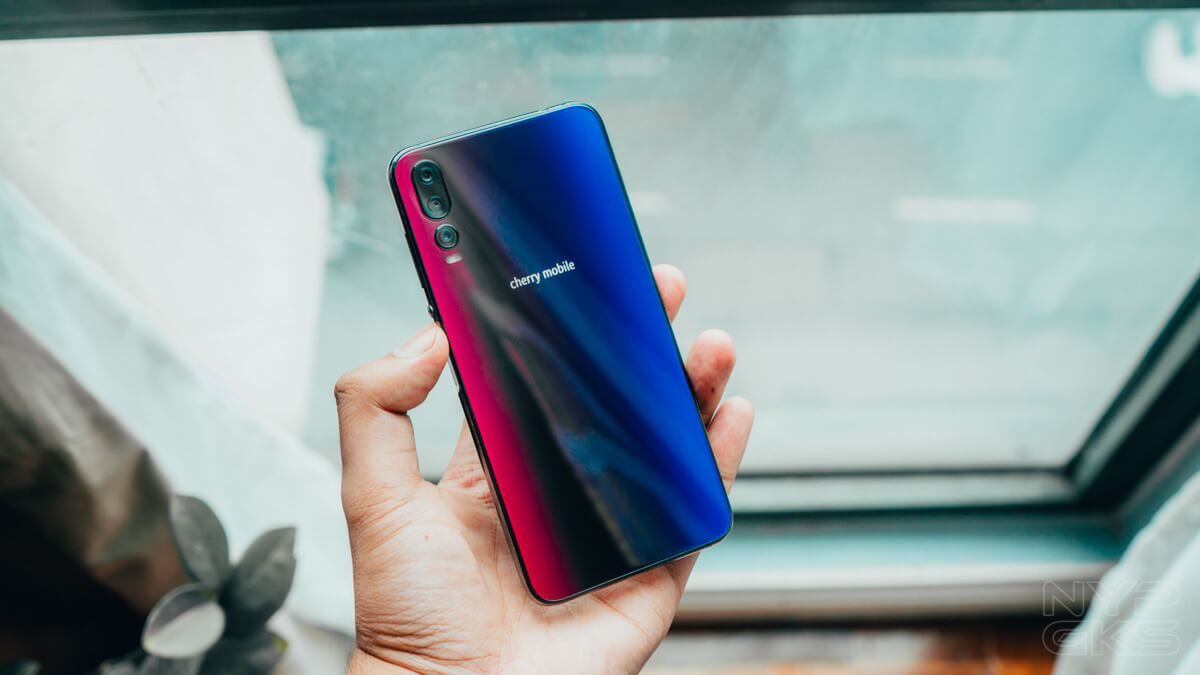 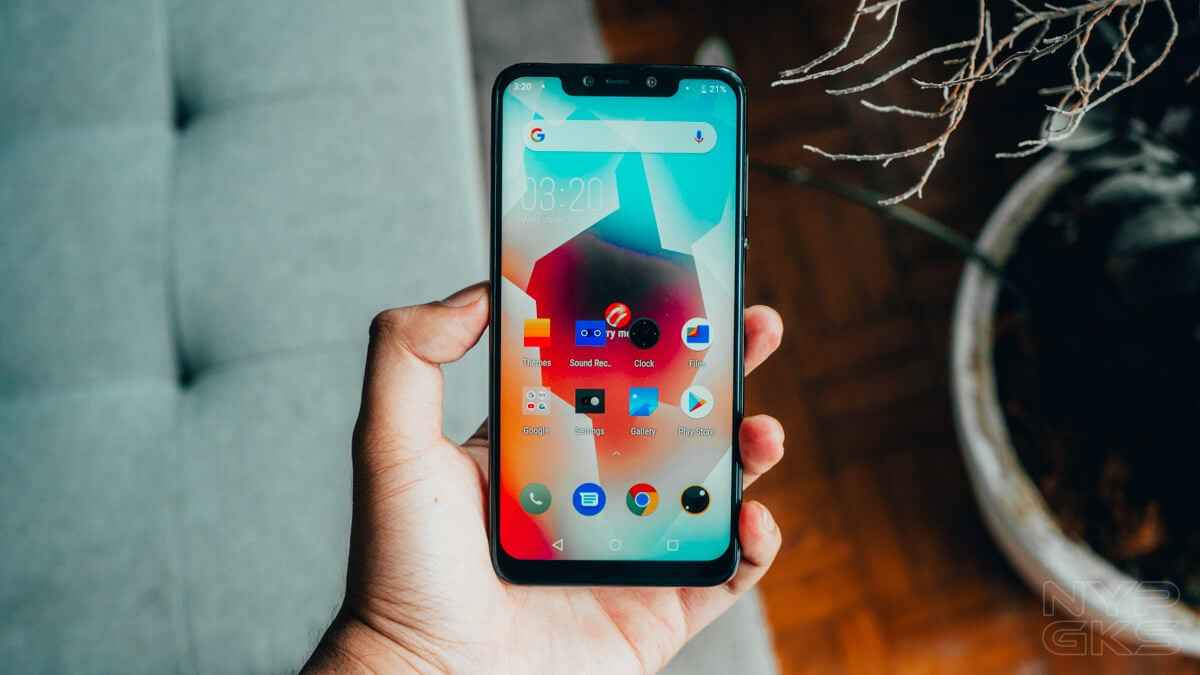 When I first held the Cherry Mobile Flare X3 in my hands, I immediately felt the heft which gave the impression of a durable smartphone. The sides are made of a metal frame and the back panel is made of glass. Combined with the “Twilight Violet” color, it looks and feel premium. Unfortunately, it’s also very slippery and prone to smudges due to its glass construction. A case will be included in the package, so you can use it if you’re not interested in wiping it all the time.

The Cherry Mobile Flare X3 features a relatively small 6.18-inch Full HD+ screen, with a notch similar to the iPhones. Bezels are slim around, except for the chin which is a bit thicker compared to the rest. 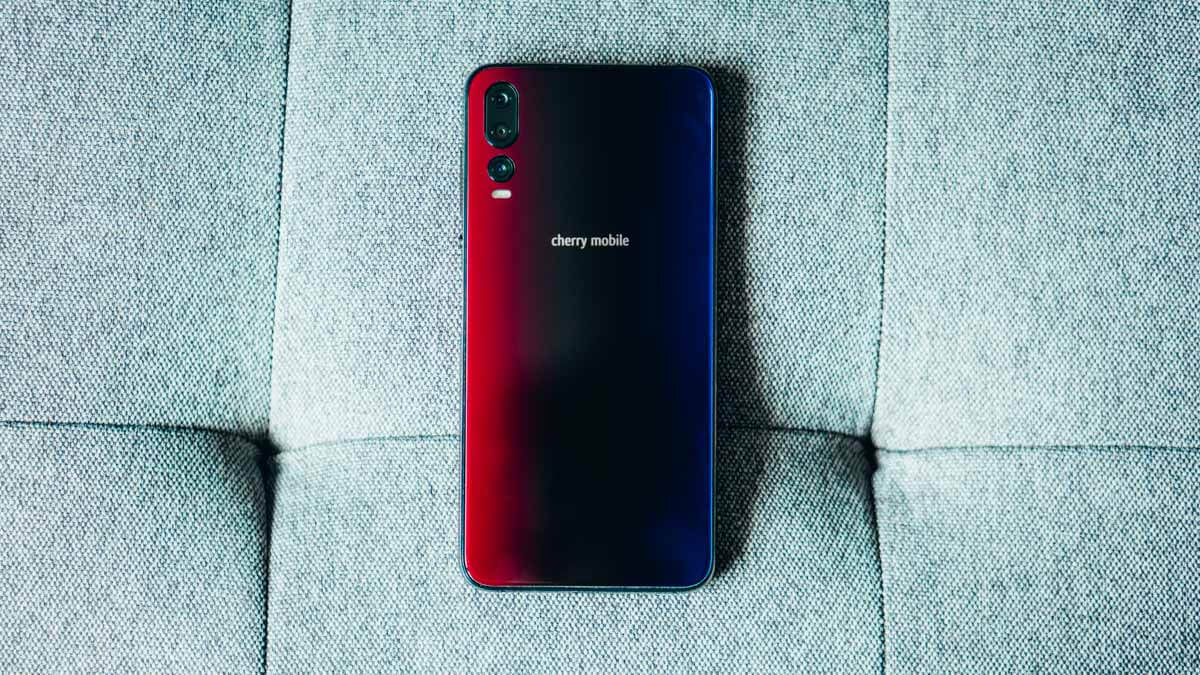 Probably the main highlight of its design is the gradient color. 2019 is the year when this design language became mainstream, so Cherry Mobile is following the trend by releasing their own version of it. It actually looks nice, as the color is quite unique and nothing like the ones we have in the market today.

Cherry Mobile Flare X3 is equipped with the reliable MediaTek Helio P60 octa-core SoC, clocked in at 2GHz. A Mali-G72 MP3 runs the graphics side and there’s 6GB of RAM which is plenty enough for hard core multitasking. Apps and popular triple A games launch and operate smoothly, without any noticeable hitch compromising the user experience. Overall, I find it smooth and seamless most of the time probably because there’s not much bogging it down. 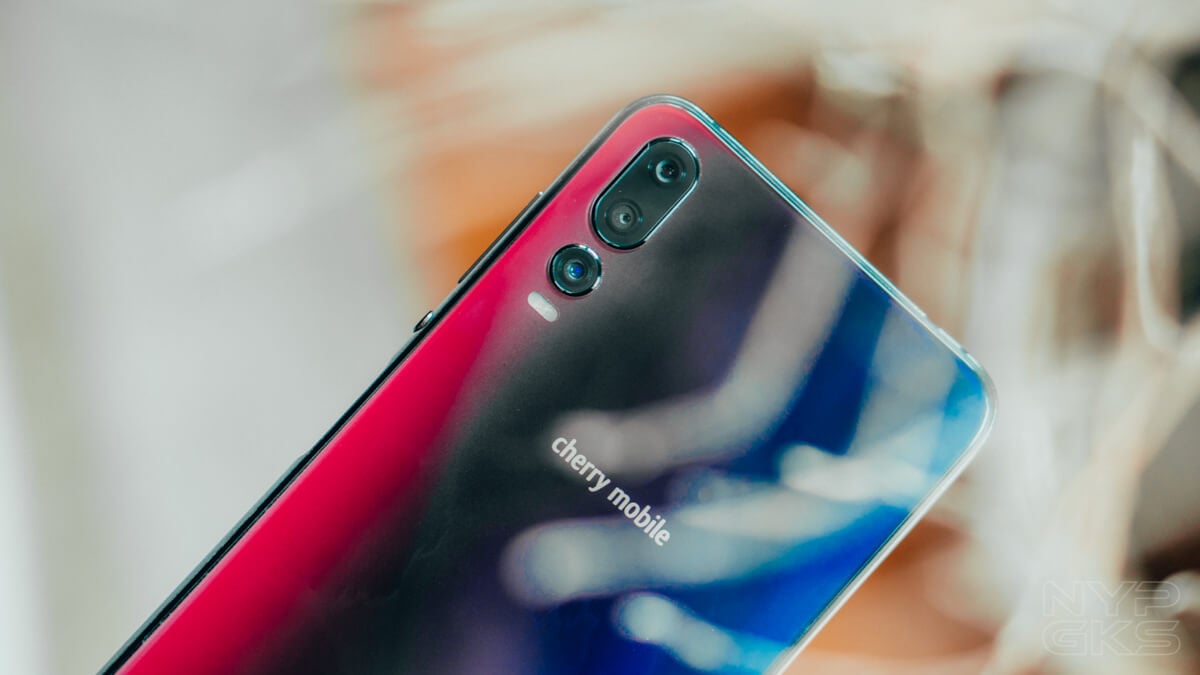 It’s not all about hardware with the Cherry Mobile Flare X3. What I like most about it is its software, because it runs on a pure stock Android operating system. No custom skins and no bloat — which means that you get Android exactly how Google envisions it. Do note that the one I tested out is an engineering, so it’s possible that they may add something later on.

In terms of camera, Cherry Mobile has moved to another level. The Flare X3 features a triple camera configuration on the back, which consists of a 12-megapixel main sensor, 5-megapixel monochrome, and another 2-megapixel for depth-sensing. Details are sharp and colors are quite accurate, too. They work pretty well together and it should rival some of its competitors in the midrange category.

For the front-facing cameras, 20-megapixel and 2-megapixel sensors combine to produce good-looking selfies. It’s also capable of shooting in portrait mode, which gives a believable bokeh effect similar to other more expensive smartphones.

Face unlock has been the standard unlocking option for a while now, but Cherry Mobile still included a fingerprint scanner. However, the  company took a different by positioning it on the side, near the power and volume buttons. Other important things to note about the Cherry Mobile Flare X3 is its Dual-SIM support, microSD expansion slot, 3.5mm headphone jack, and USB-C port. We were unable to test the longevity of the 4,000mAh as we only have limited time, but it should last for at least a day of heavy use considering the performance of other smartphones with the same capacity and chipset.

That’s it for now. Once we get a retail unit of the Cherry Mobile Flare X3, we’ll take it for a spin to come up with our full review.

Cherry Mobile is yet to announce the official price of the Flare X3, but they are scheduled to reveal it on Friday, June 28. We expect it to be priced competitively, probably under Php10,000.