Honor is gaining a lot of steam in the Philippines. Since their major comeback in the country, the brand has been coming up with blockbusters in the mobile market, which appeals to consumers who are looking for great bang-for-the-buck smartphones.

To keep the momentum going, the company has brought the new Honor 8C here in the Philippines. The latest device that will put Honor’s name in the saturated sub-Php7k price segment. 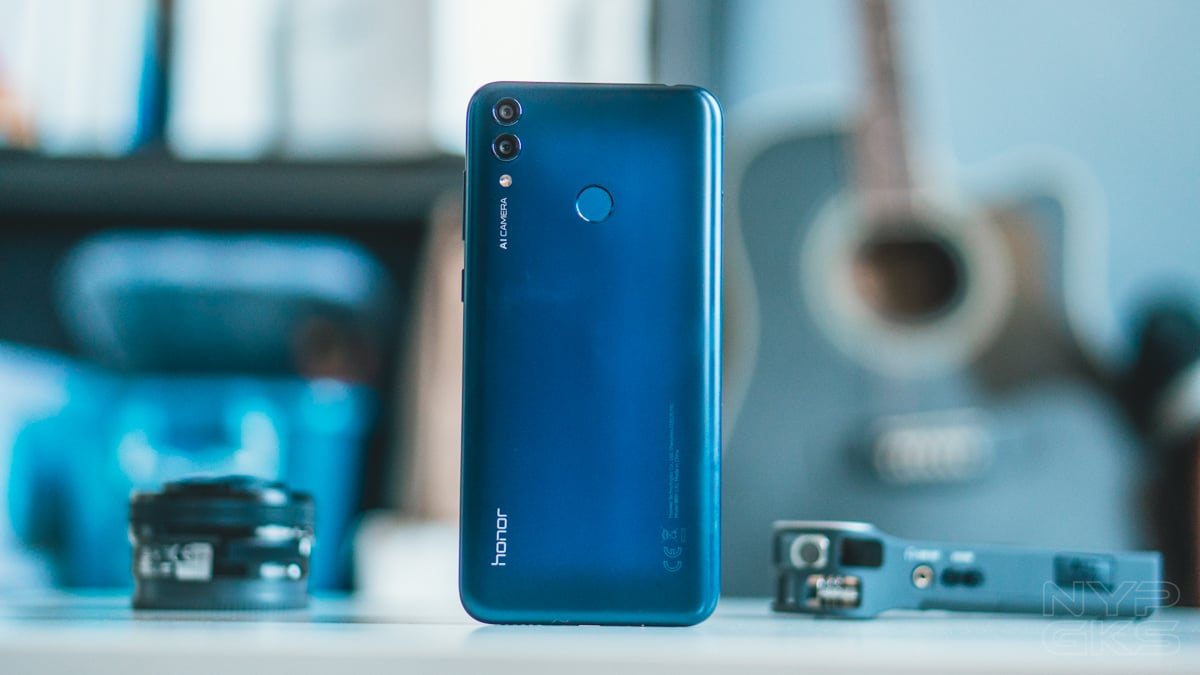 The Honor 8C boasts a Qualcomm Snapdragon 632 processor with 3GB of RAM and 32GB of expandable storage. Back in the day, we were only seeing Snapdragon 600-series chipsets like this in smartphones above Php10,000. But now, it’s starting to power more budget-friendly devices like this.

We also have a large 6.26-inch HD+ IPS display and a really generous 4,000mAh battery. All of those features are crammed inside a really sleek and light body measuring only 7.98mm thick and weighing 167.2g. 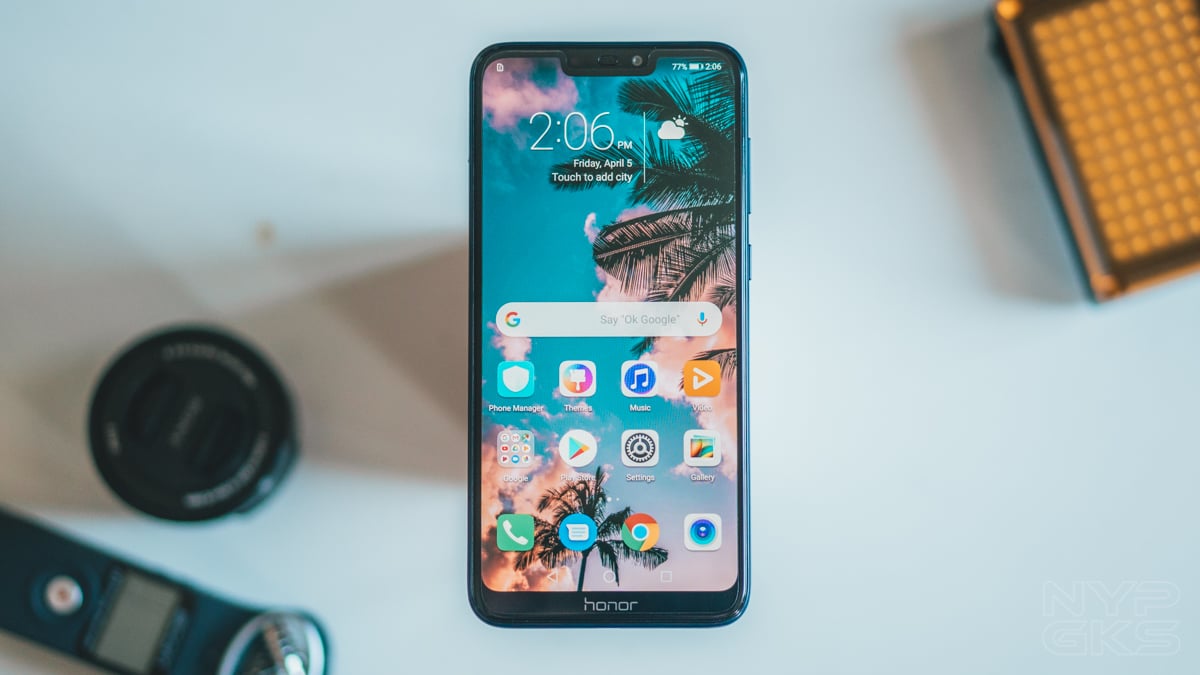 Besides its economic and sturdy build, the Honor 8C also has a pretty subtle but distinct look. The Blue color variant that we have here has what Honor calls “Cat’s eye” design. It boasts a matte design with a navy blue tone dominating the middle that transitions to a darker color at the corners.

Oddly enough, the back panel shines and has a reflective effect that reacts to light, which we never thought was possible on a back panel with a matte paint job. 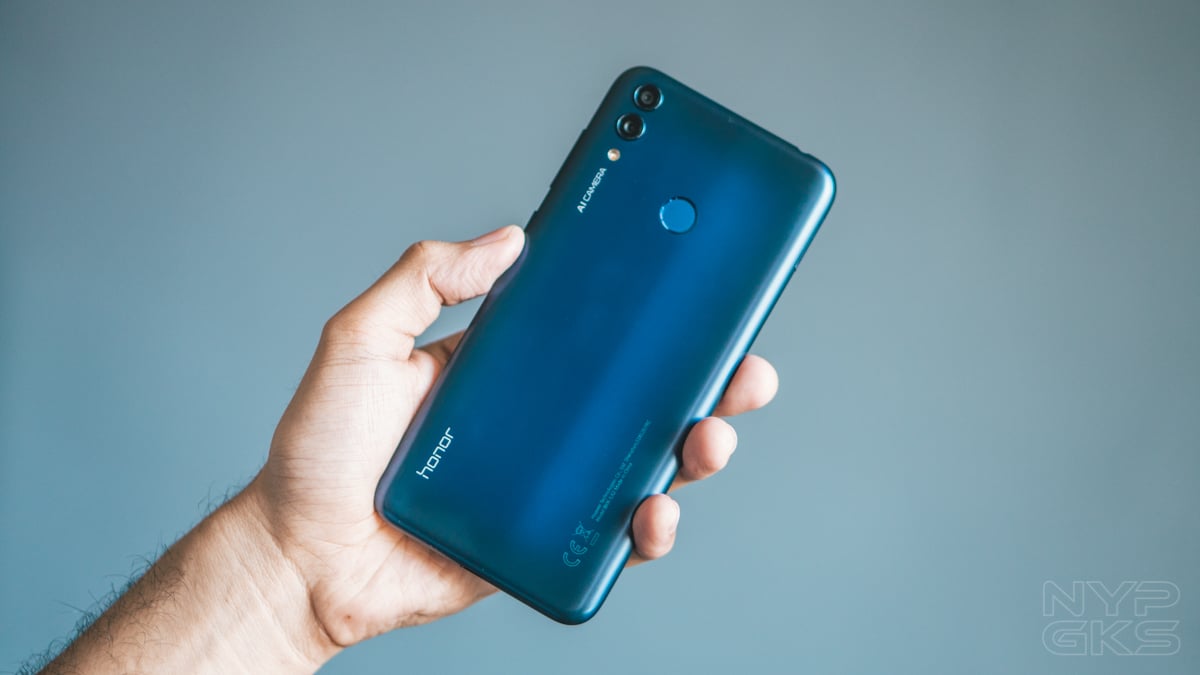 Other than its impressive design and hardware, the Honor 8C also has a capable camera system. There’s an 8-megapixel camera on the front for selfies, while on the back we have the 13-megapixel primary shooter, with a wide f/1.8 aperture, and 2-megapixel depth sensor.

The main camera can take really good photos. As what you can see in the samples below, it offers decent colors and contrast in outdoors and low-light scenarios. Indoor night shots are really Instagram worthy, which is perfect if you’re into food photography.

Of course, there is Honor’s AI scene detection feature. The Honor 8C can detect whatever subject you’re shooting — from flowers, food, animals, sunsets, and what not — and apply the necessary and applicable camera settings for the subject that you’re taking resulting into a better photo.

The 2-megapixel depth sensor also did a great job of mimicking the shallow depth-of-field look. It can really isolate the foreground from the background, without any noticeable cut-out look that other devices have.

In addition, we also have an 8-megapixel selfie camera. The images it can produce are something to be expected. With the help of Beauty mode and other software optimizations, it can take impressive selfies as well.

Another key feature of the Honor 8C is its huge 4,000mAh battery. As per the company’s website, you can get 12.5-hours of video playback and 11.1-hours of gameplay on a single charge. And as per my testing, those claims are close to reality.

We ran PCMark’s battery test and it got a score of 13-hours and 3-minutes of screen-on-time. This is easily one of the best scores that we got from a smartphone that we’ve ever reviewed.

Bear in mind that the test was run with the WiFi off, and the volume and screen brightness to 50%. PCMark then continuously runs synthetic workloads that imitate day to day task, before the battery reaches 20%. Well, basically that’s it for now. We’re currently finishing up our full review of the device, which will be published in the next few days. But if you can’t wait to get your hands on it already, the Honor 8C is now available nationwide for a price of only Php7,999.