Not all smartphones are made equal. And for Huawei, that also means that not every phone deserves an official launch event or even press release. Huawei has been known for doing that practice recently, as they frequently put up new devices on their official website without actually making an announcement about it.

Today, the company silently revealed the Huawei Y5 Prime 2018. Since it’s part of the Y-series, it’s understandable that it’s really not big of a deal, but it’s a relatively decent handset as well.

The Huawei Y5 Prime 2018 is a small phone with only a 5.45-inch HD+ screen and dimensions of 146.5 x 70.9 x 8.3mm. However, it weighs 142 grams, which is not that light all things considered. Inside, there’s a 1.5GHz quad-core processor together with 2GB RAM and 16GB onboard storage. In case the user wants more, it can easily be expanded by using a microSD card. It’s a dedicated slot, which means that you can use two SIM cards if you want to.

In the camera department, there’s a 5-megapixel selfie camera and 13-megapixel primary shooter on the back. The face unlock feature is not yet implemented, although the manufacturer claims that it could possibly arrive in an upcoming software upgrade. The Y5 Prime 2018 ships with Android 8.1 Oreo combined with the Huawei’s own EMUI skin. 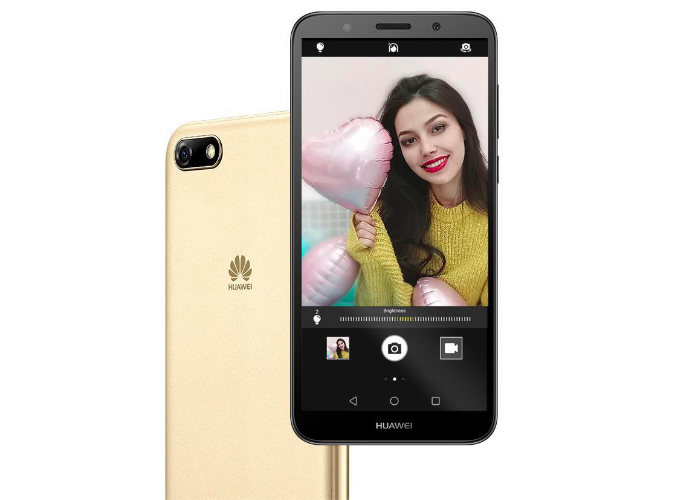 Despite its tiny body, the Huawei Y5 Prime 2018 still managed to squeeze in a relatively huge 3,020mAh battery. The company claims that it can provide up to 13 hours of video and 62 hours of continuous audio playback.

Color options for the new Huawei Y5 Prime 2018 include Gold, Black, and Blue. There’s currently no information regarding its pricing and availability in the Philippines.