While Huawei has been rising up and hurdling its way through its flagship and mid-range smartphones, they finally unleashed its first entry-level smartphone this year and it’s a reboot of its Y6 predecessor several years ago.

I’m telling you, all the promising specs with Huawei Histen technology is quite unexpected for its price range. Let’s see how Huawei Y6 2018 has prepared to compete with other entry-level smartphones this year. Eager to know what I’m talking about? Check out our Huawei Y6 2018 review to find out.

Honestly, what got my attention is the all-black body and curved edges which made the device look elegant and sophisticated for my eyes. I could say that I instantly fell in love with how Y6 (2018) looks. 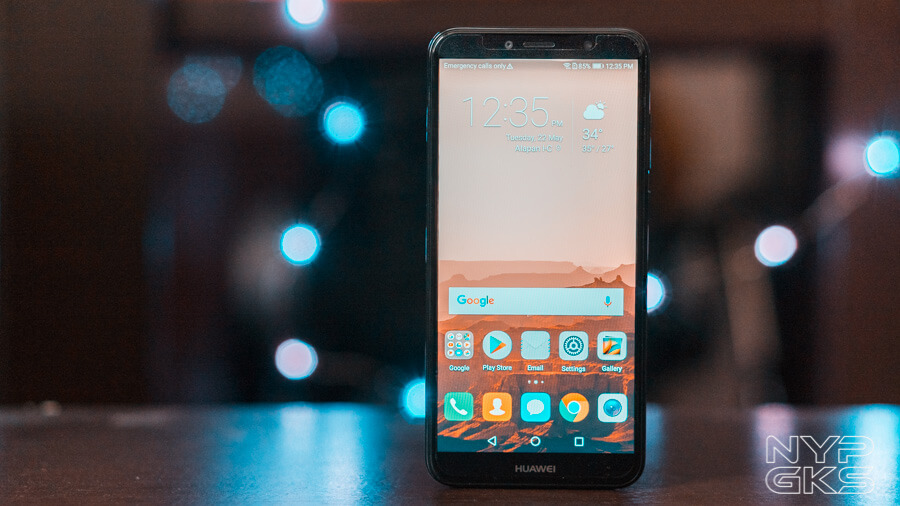 Upon receiving the Huawei Y6 2018, the 5.7-inch screen is covered with pre-installed screen protection leaving the 5MP front camera, LED flash, and earpiece bare. At the bottom part of the device is the Huawei brand name.

On the right are the power/lock button and volume rockers. On the other side is the dedicated card tray for dual-nano SIM card slots and a slot for microSD card. It’s actually a good thing that Y6 (2018) has three card trays unlike those who only have two (hybrid).

On the top is where the 3.5 mm audio port is placed which is in fact much better than placing it on the bottom like some other smartphones, which is a little uncomfortable. Below the screen are the main microphone, loudspeakers, and a micro USB port.

And of course, the back portion has the 13MP rear camera with an LED flash. Noticeable is the soft matte surface of the back panel making it look exquisite and easy to handle. Amazingly, it resists fingerprints and smudges which is actually a plus especially for someone like me who have sweaty palms and hands (palmar hyperhidrosis). This is a huge problem on other devices and it’s nice that the Y6 was able to handle it well. 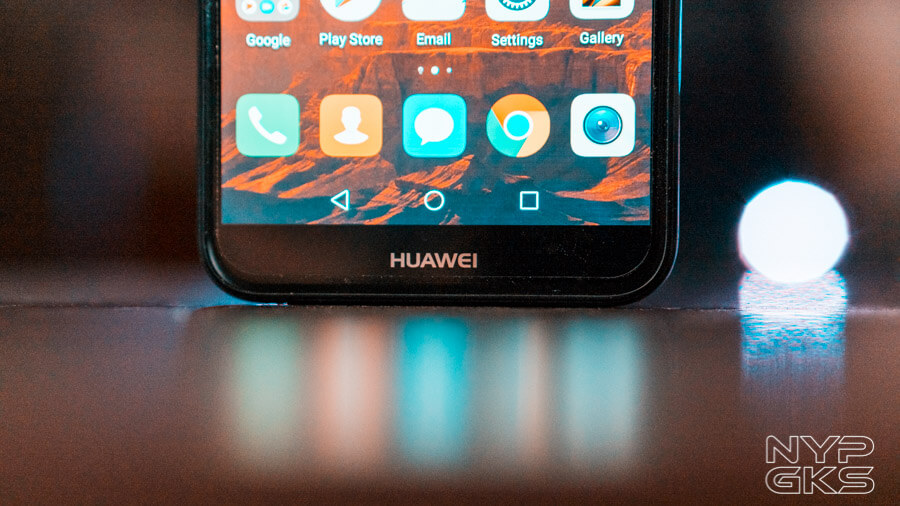 The Huawei Y6 2018 stays true to its “FullView Display” tagline with its 5.7-inch HD + (1440 x 720) screen and 18:9 aspect ratio. The display has good color precision which is pleasing to the eyes. However, when you have to use it under direct sunlight outside, device brightness should be all-out or else the user would struggle seeing anything. Huawei Y6 (2018) also allows split screen display so you can multi-task like taking down notes and using the calculator at the very same time.

Aside from the “FullView Display” branding, another tagline is “Powerful Speaker”. The Huawei Y6 (2018) can produce 88 decibels at its loudest point and can deliver remarkable sound from the loudspeakers through Huawei Histen technology. 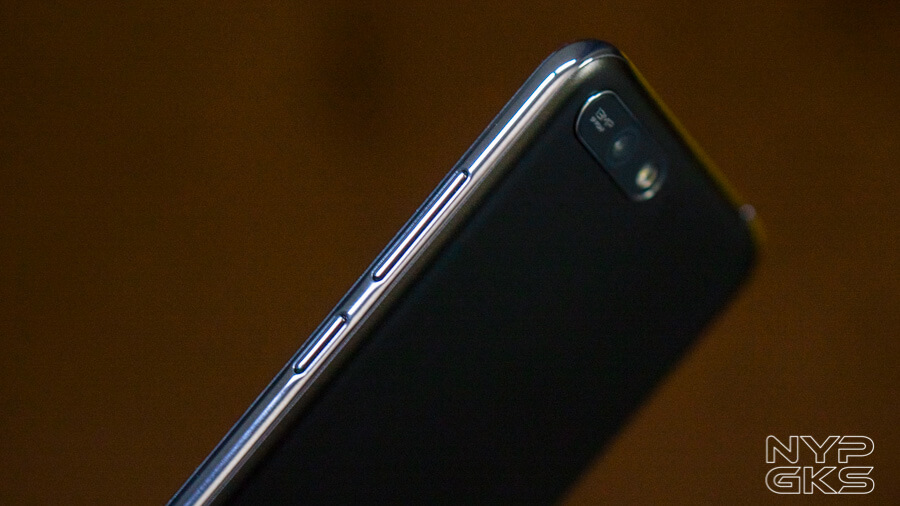 I tried playing bass-boosted songs like Starboy (The Weeknd), Human (RagnBone Man), and Down With The Sickness (Disturbed) and it sounded rich, both on loudspeakers and on earphones. This is one big plus point especially for users like me who drowns herself into music.

Huawei Y6 2018 might be dubbed as an entry-level smartphone but it’s at modest quality for its price. It’s furnished with 13-megapixel rear and 5-megapixel front cameras with main modes such as Photo, Video, HDR, Panorama, All-focus, Filter, and Watermark. In addition to these, you can add modes like Good Food and Document Scan which are easily downloadable if you have a working internet connection. 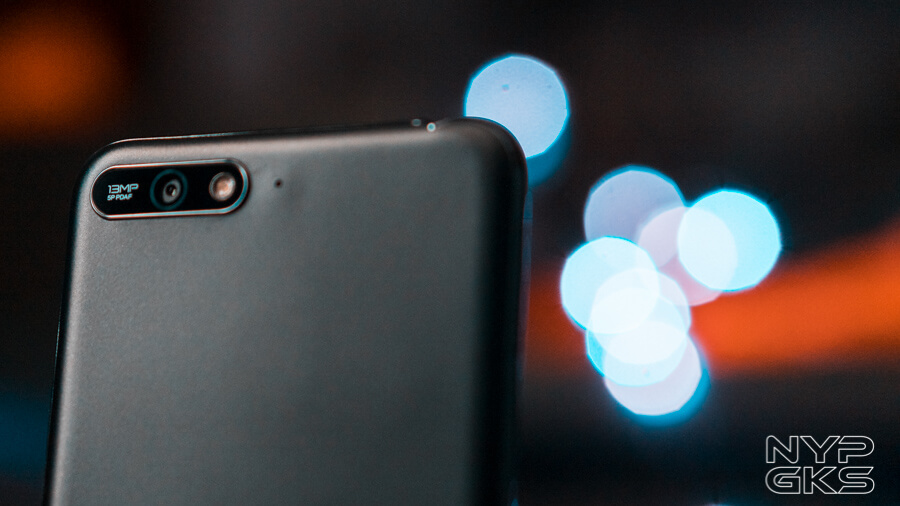 With the 13MP rear camera, the photos Huawei Y6 2018 produces are actually good enough to upload on social media. The color accuracy of the photos made are sometimes off but of course, nothing beats taking photos under good lighting conditions. Low-light shots are typically grainy but it’s generally okay for its asking price.

Likewise, with the rear camera, the 5MP front camera works fine under good lighting, like most smartphones. For low-light, it struggles a little bit which is kinda expected for a device at this price range. Taking care of the software section is Emotion UI 8 based on Android 8.0 Oreo. With this, the interface of the Huawei Y6 2018 looks simple and fresh, which according to Da Vinci – referring to simplicity – (in which I highly agree), is the ultimate sophistication. Swiping from left to right, up and down can be done swiftly. It’s fairly smooth in day to day operations as well.

Huawei Y6 2018 has 16GB internal memory. However, there’s only about 8GB free storage for you to use. For some people which live in fast-paced circumstances who use a lot of apps and store a lot of files, this is a little low. In this case, we highly suggest that users should use a microSD card for expanding its storage. Using a 128GB microSD should work fine and it’s often more than enough to house all the media files a user needs. 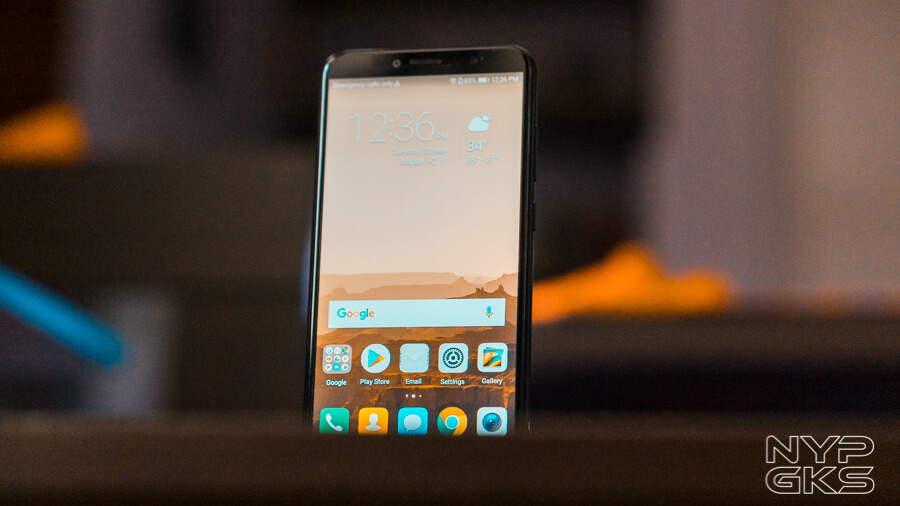 The Huawei Y6 2018 is power-driven by Qualcomm MSM8917 Snapdragon 425 as the device’s chipset, Adreno 308 as the graphics processing unit and 2GB RAM. Since the processor is a little outdated, opening Netflix or any heavy-processing applications causes little delays in responses or even stops for a bit. Of course, if you’re used to midrange and high-end smartphones, this is definitely a bad thing. But for those who are just dipping their toes in the smartphone world, I doubt they would be bothered too much.

Here are the Huawei Y6 2018 benchmark scores we got:

In the gaming section, playing Temple Run and Rules of Survival on the Huawei Y6 2018 can be satisfactory. However, playing large-spaced Asphalt 8: Airborne lags and warms the device after some time. But no worries, it’s not really that hot to be alarming. Also, it’s quite normal for phones to heat up when they get stressed out. 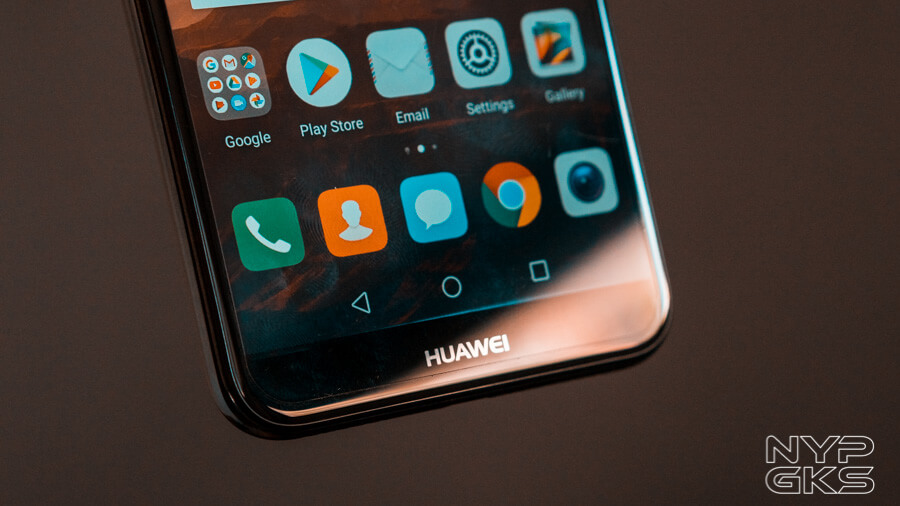 Its face unlock feature is quite impressing. However, I deemed not to use it that much since face recognition, isn’t reliable all the time. It works more than 80% of the time, though, so it’s quite good. I find the fingerprint scanner to be more effective, but unfortunately, it didn’t make it on this device. Other security options include the traditional PIN code and Pattern lock.

The Huawei Y6 2018 holds Wi-Fi Direct and Hotspot, Bluetooth, and 4G LTE. Connecting to calls, Wi-Fi, and mobile data didn’t take too much time. We tried to video call through Messenger and it sounds loud and clear thanks to the noise cancellation feature. However, the sensors of this device are only limited to Accelerometer, Light, Proximity, and Sound.

Huawei Y6 2018 also houses a non-removable Li-Ion 3,000mAh battery. Battery test using PCMark, the phone lasted for about 8 hours and 15 minutes. This isn’t really the most impressive score we got on an entry-level smartphone, but it’s good enough for most use cases. In a normal work or school day, it should last until you get home. 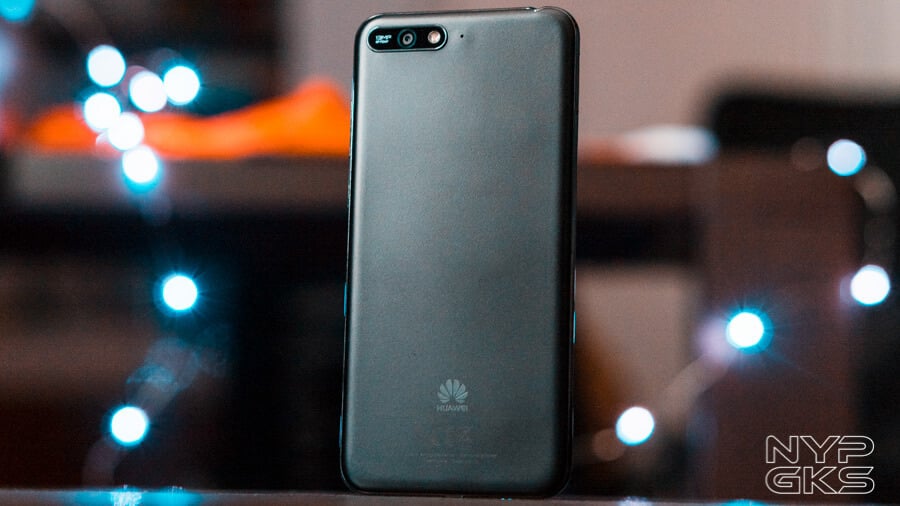 There’s no denying that Huawei Y6 2018 has its inadequacies, but its specs are competitive for an entry-level smartphone. Its performance might be just average, but the face unlock feature, camera quality, well-sounding audio, and aesthetic value is at par among other smartphones sold in the market.

The Huawei Y6 2018 can be yours for a price of Php5,990 and it’s now available in Huawei stores, kiosks, and authorized dealers in the Philippines.