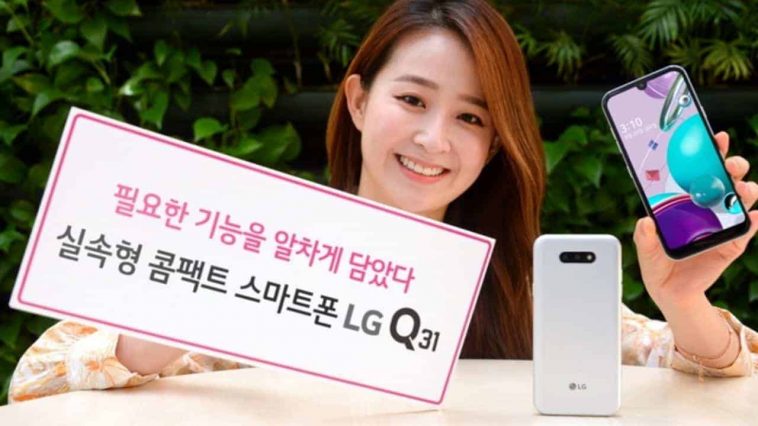 LG has announced the launch of its newest budget phone called the LG Q31. The smartphone shares some similarities with the LG K31 that was recently launched in the US in terms of design and hardware.

LG Q31 sports a waterdrop notch 5.7-inch HD+ Fullvision display with a resolution of about 720×1520 pixesl and 18.9:9 aspect ratio. The smartphone runs on the Android 10 operating system and is powered by the MediaTek Helio P22 octa-core processor, together with MG PowerVR GE8320 GPU. It also comes with 3GB of RAM and 32GB of built-in memory that can be expanded up to 1TB through microSD card.

The LG Q31 is available in one color option, metallic silver color. The price tag of the smartphone is around 209,000 won (around Php8,600). It is expected to go on sale from the 25th of September in South Korea.