Even though there are a lot of new gadgets from popular manufacturers, we can’t just ignore the smaller players. The recently unveiled Meizu MX3 is one such notable release, especially since it’s one of the first smartphones to market with a whopping 128GB onboard storage.

While already an impressive feature, the storage capacity is not what only makes the Meizu MX3 a very attractive purchase. For instance, the device boasts a 5.1-inch IPS display with 1800×1080 resolution (~415ppi). Running under the hood is the same chipset—the Exynos 5410 Octa SoC—that’s found in the Samsung Galaxy S4. That, along with a PowerVR SGX544 MP3 GPU and 2GB RAM, should help keep things running smoothly. 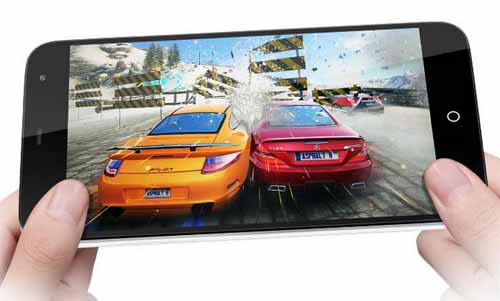 Other hardware specs include an audio system powered by Wolfson Microelectronics, antenna technology that’s supposedly way better than the one found in the iPhone 5, and a 2400mAh battery. The rumored 13MP rear shooter has not appeared, but the Meizu MX3 still comes with a respectable 8MP Sony sensor and a 2MP front-facing camera.

To be priced around CNY2,499 (PHP18,179 in today’s exchange), the device is slated for release sometime in September. With formidable specs at such attractive pricing, will you buy the Meizu MX3 when it lands in the Philippines?