The Moto E5 Play gets a more affordable counterpart with the Moto E5 Play Android Go Edition. And if you haven’t figured it out by now, this means that it will have toned-down specs, but with a fuller taste of Android Oreo.

Motorola threw in a couple of compromises to the Motorola Moto E5 Play Android Go Edition in an attempt to lower its price tag. We have its 1GB of RAM to begin with, which is half the memory that the first E5 Play had.

Also, it comes with a screen that has a lower-resolution, albeit at a bigger size. The Android Go edition comes at 5.84-inches at 854 x 480 pixels, while the former only had a 5.2-inch screen but at a sharper resolution of 1280 x 720 pixels.

Lastly, the battery has also been trimmed down to 2100mAh from the original 2800mAh found on the earlier variant. 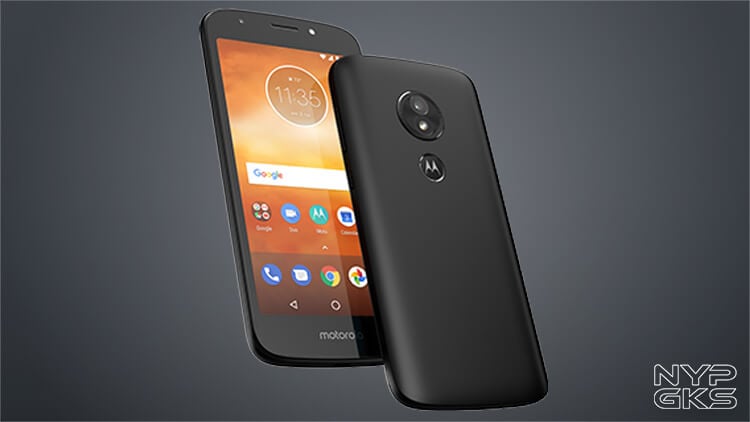 But considering the efficiency that the Android Go provides, you might not even notice the difference in performance between this device and the regular Moto E5 Play.

And besides, both devices rock the same Qualcomm Snapdragon 425 quad-core processor and an Adreno 308 GPU. So you can expect a nearly identical performance between the two brothers.

The Moto E5 Play Android Go Edition also uses the same 5-megapixel camera on the front and an 8-megapixel shooter on the back. Plus, a splash resistant nano-coating for an extra level of protection.

The Moto E5 Play Android Go Edition is priced at EUR109 (~Php6,900) and GBP99.95 (~Php7,100) in Europe and the United Kingdom, respectively. Motorola also said that it will be available in Latin America before this month ends, but there was no word regarding its availability in Asian countries, especially the Philippines.