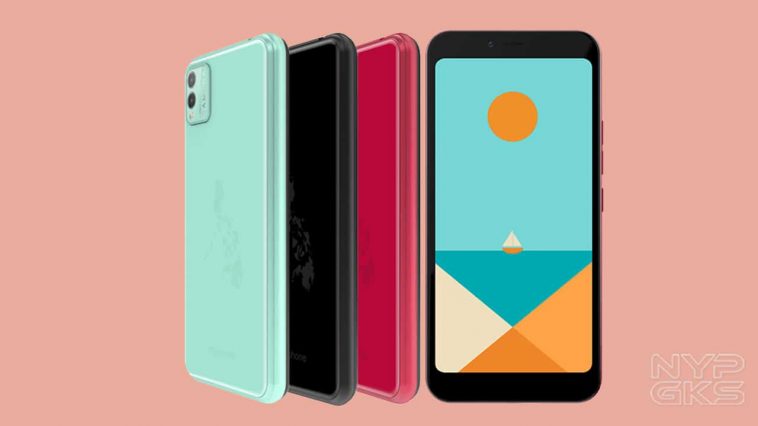 MyPhone just launched the new myP1, a very affordable smartphone for the masses.

The MyPhone myP1 is powered by a 1.3GHz Unisoc SC7731E quad-core processor, with 2GB of RAM, and 16GB of expandable storage. It then runs on Android 9 Go Edition to keep everything as smooth as possible despite the underpowered hardware.

On the front, we have a compact 5.45-inch HD+ IPS screen, with the traditional 18:9 aspect ratio. We’ve been spared with notches as it has uniform bezels on the top and the bottom.

Speaking of the design, the myP1 is available in four colors. There’s the traditional black and white, plus, unique Red and Turquoise color options. The dual primary cameras are sitting in a square glass reminiscent to the iPhone 11.

The main camera uses an 8-megapixel sensor, while no mention of the second one (we suspect it’s a depth sensor, like how it always is). We then have another 8-megapixel camera on the front for selfies and video calls.

On the downside, it lacks 4G LTE, so you have to rely on WiFi or 3G network. That’s one of the drawbacks of having a device this affordable as the MyPhone myP1 has a price of only Php2,699. It’s available at select MyPhone stores and through their flagship store in Lazada.