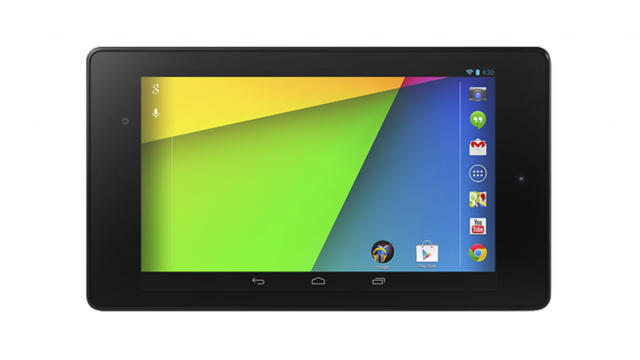 Google has taken the wraps off the new Nexus 7. It’s got the same screen size as the old model, but it packs more punch by touting better pixel density, LTE connectivity, and the latest Android 4.3 Jelly Bean.

Expected to arrive in the US on July 30, with availability in more countries to shortly follow, the search giant will sell the new tablet in three variants: 16GB and 32GB WiFi-only models that costs $229 and $269, respectively, and a 32GB version with 4G LTE for $349. The latter model will come unlocked, ergo capable of accessing 4G LTE from any cellular network.

While the new Nexus 7 still comes with the same 7-inch diagonal screen span, the resolution has been upgraded to 1,920 by 1,200, up from 1,280 by 800. In terms of pixel density, this means an increase to 323ppi, which Google claims to be the highest in all of 7-inch slates and even in tablets of other sizes. The improvement in resolution allows YouTube playback in native 1080p resolution, while texts and images will even look sharper. Just like with last year’s model, the new Nexus 7 uses an all-back color scheme. The latter is also thinner by 2mm, 50 grams lighter, and now comes equipped with a 5-megapixel camera at the back, along with a 1.2-megapixel front-facing camera. Handling the audio department are two stereo speakers, whose virtual surround sound tech is powered by MP3 inventor Fraunhofer IIS. Movies and games will sound great with an emulated 5.1 sound system by plugging in a pair of earphones or even just with the speakers alone.

The boost in processing performance is even more impressive: a 1.4GHz quad-core Snapdragon S4 Pro CPU runs under the hood and improves speed by 80 percent. The enhanced GPU allows rendering graphics four times faster, a feat that gamers will certainly find impressive. The tablet is also the first to come with the latest Android 4.3 Jelly Bean, one feature of which is OpenGL ES 3.0 support that should take tablet gaming development even further.

Other improvements that put the new tablet ahead of the competition include double system memory at 2GB, Bluetooth 4.0, NFC, wireless charging, and dual-band WiFi antenna. Lasting up to 9 hours while playing HD videos (or up to 10 when surfing the Web), battery life is not even compromised although almost every spec is upgraded.