O+ USA just unveiled the successor of the widely popular O+ 8.15 android phone, the O+ 8.16. We spotted the unit on a noontime television show a few minutes ago and according to our reliable source, today is its first time to air on national television.

We still don’t have much details as of the moment but we already reached out to O+ USA for the complete specs list.

UPDATE: We just received the files from O+ USA. Here are the official press photos of the O+ 8.16 android phone. 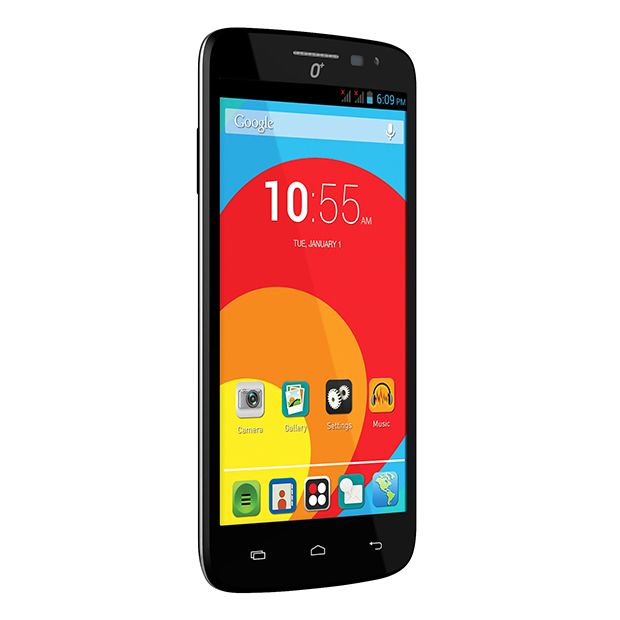 It’s basically a slightly upgrade O Plus 8.15 with the bump in screen size and several key upgrades such as the 13MP main camera and software tricks such as flip to silent and shake to answer/hang up a call. The RAM is still 1GB but that should be plenty enough for basic to advanced usage. Regarding the screen, we’re still confirming if it’s a Dragontrail glass like on its predecessor or a Gorilla Glass.

From the looks of it, it seems like they released this product to target people who want to enter the high-end phablet craze without needing to spend much while still having a good brand and durability. According to O+ reps, they conducted a survey prior to this launch and the result was phablets became the top choice of 20-30 year old people.

Here’s a comparison table between the O+ 8.16 and Samsung Galaxy Grand. 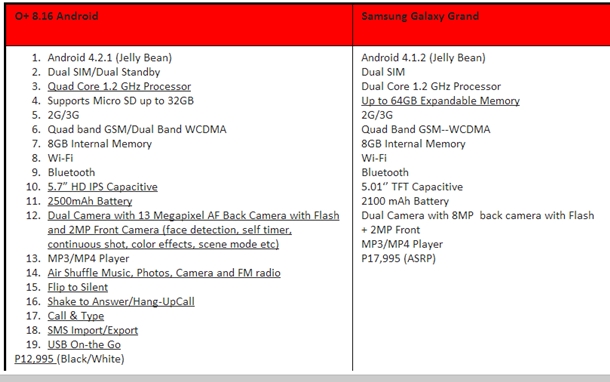 Unfortunately, the O Plus 8.16 will only be available in black unlike their past flagship smartphones like O+ 8.12 which was available in black and white. They might release a white version soon though like what they did on 8.12. But If you ask me, I will choose all black any day.

We still don’t have information regarding its official launch and availability but we’ll update this post tomorrow or as soon as we get a response from the company.

What do you guys think about this new device? Let us know in the comments!

NOTE: Article updated with the full specifications and press photos from O+ USA.