A lot of consumers have really matured and became smarter when purchasing a brand new smartphone. This is why Realme is one of the most sought after tech brands in the market right now.

This company just keep on coming up with hard-hitters recently. There’s the Realme 3, which immediately got a proper follow-up with the Realme 3 Pro. They are some of the best midrange devices that you can get today.

But for those who are shopping in the low-end, sub-Php5k category, Realme still got your back. Meet the Realme C2, a device that’s said to deliver uncompromised performance despite the cheap price tag.

With our Realme C2 review, we shall see if it can indeed deliver great value for the price.

The company did a drastic design change to the Realme C2 compared to the Realme C1 from last year. It now has a more edgy diamond cut design, with geometric shapes and tiny stripe etchings that give a textured look and feel. This made the handset look really interesting, despite the second-rate plastic build. 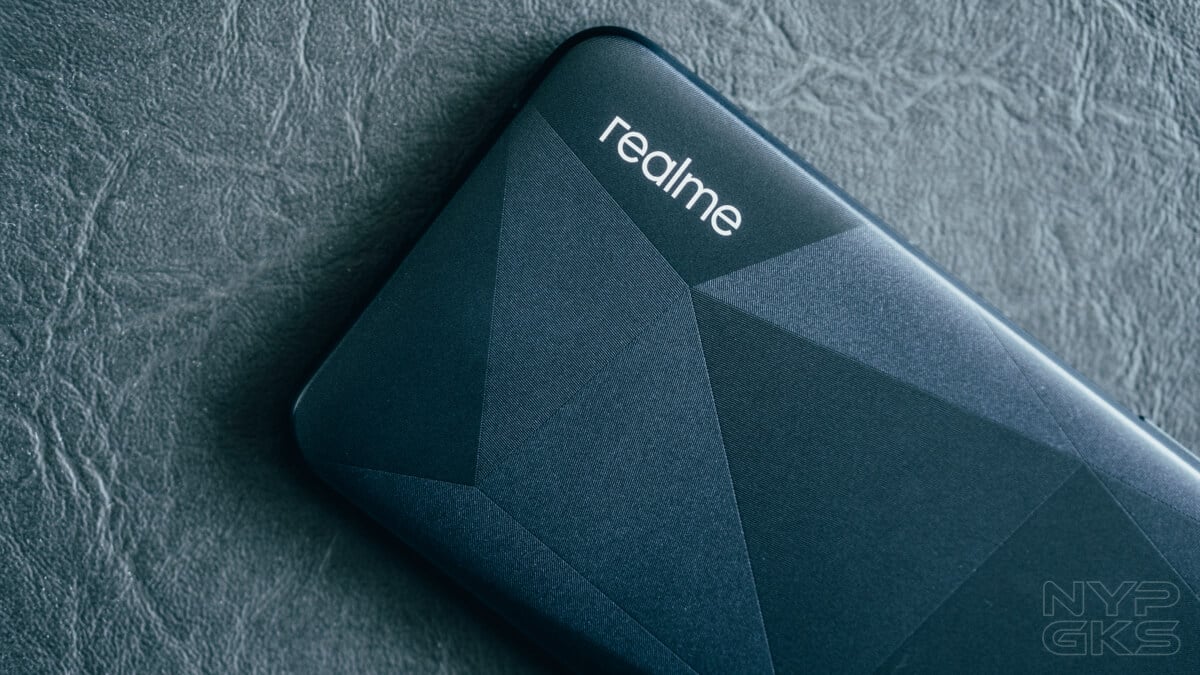 Going with this design was a smart move. It prevents any fingerprint smudges. Plus, unlike the glass-like plastic construction that other devices have, it’s not prone to random hairline scratches.

Realme C2 feels really nice and ergonomic in the hands, too. The 6.1-inch screen and ultra-thin bezels are just the perfect sweet spot. And thanks to its light construction, it only weighs 166g. 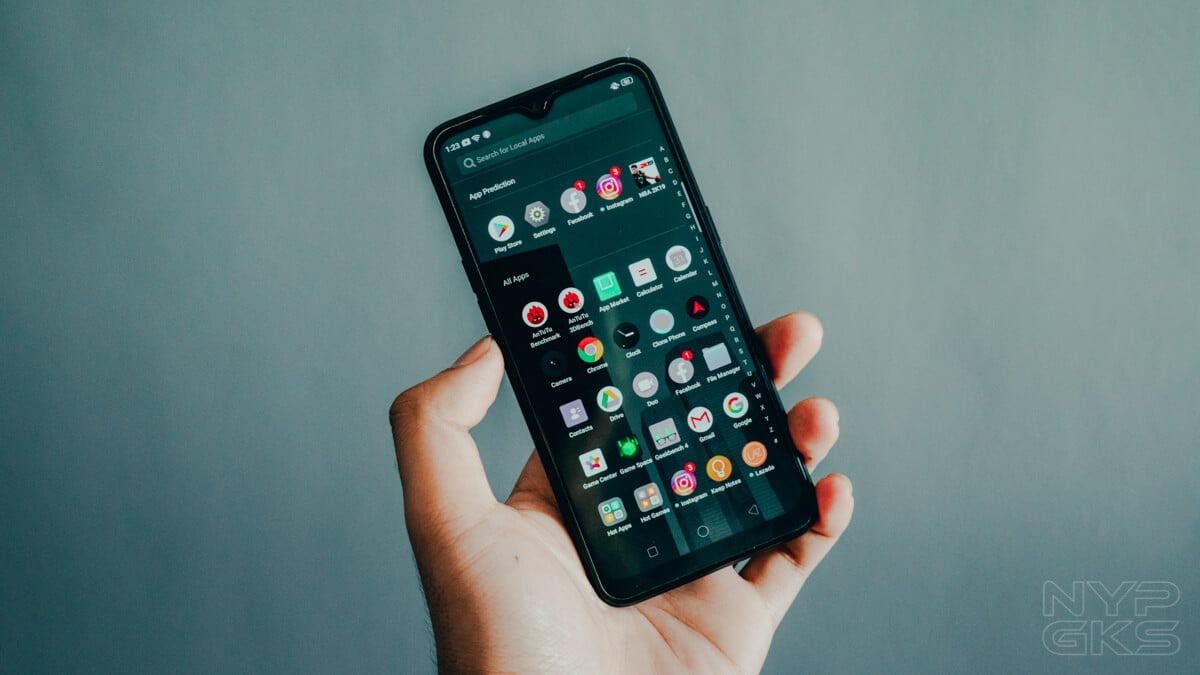 Both the side bezels and the top are thin, although you have to bear the waterdrop notch on top. The chin is also relatively thick, which is acceptable as it houses the required hardware for the IPS screen. The display itself is protected by Corning Gorilla Glass and comes pre-applied with a screen protector.

A SIM card tray that can accommodate two nano SIM cards and a microSD card (up to 256GB) is found on the left side. Right below it is the volume controls, while on the other side there’s the lock/power button.

The physical buttons feel cheap and a little flimsy, but they do provide a clicky sound when pressed.

The top is clean, while on the bottom there’s the loudspeaker, a single microphone, headphone jack, and a microUSB port. Using a USB Type-C port would have been better, but I guess that’s too much to ask for the price of the Realme C2. 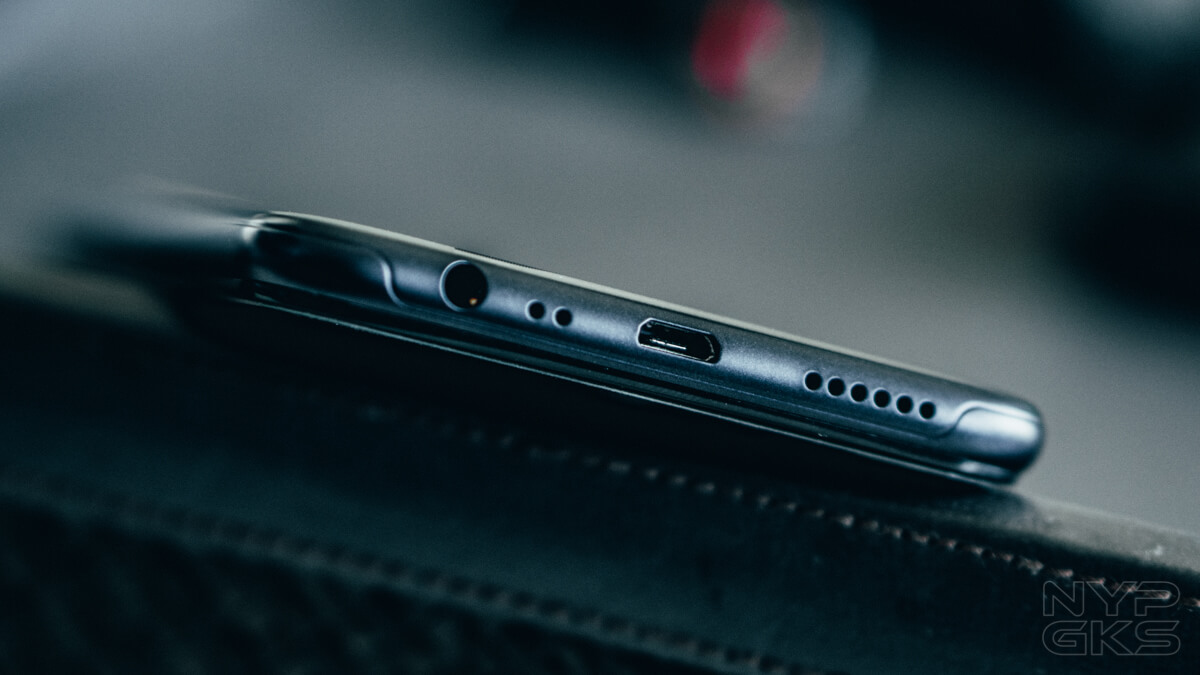 If you’re wondering where the fingerprint scanner is, stop looking. The Realme C2, just like its predecessor, doesn’t have one.

Overall, the design and build quality of the Realme C2 is pretty solid. Although it would have been more appreciated if Realme included a free clear case in the box.

You can’t expect everything to be great, especially for a device at this price. And with the Realme C2, one of the few compromises made is seen on the display. 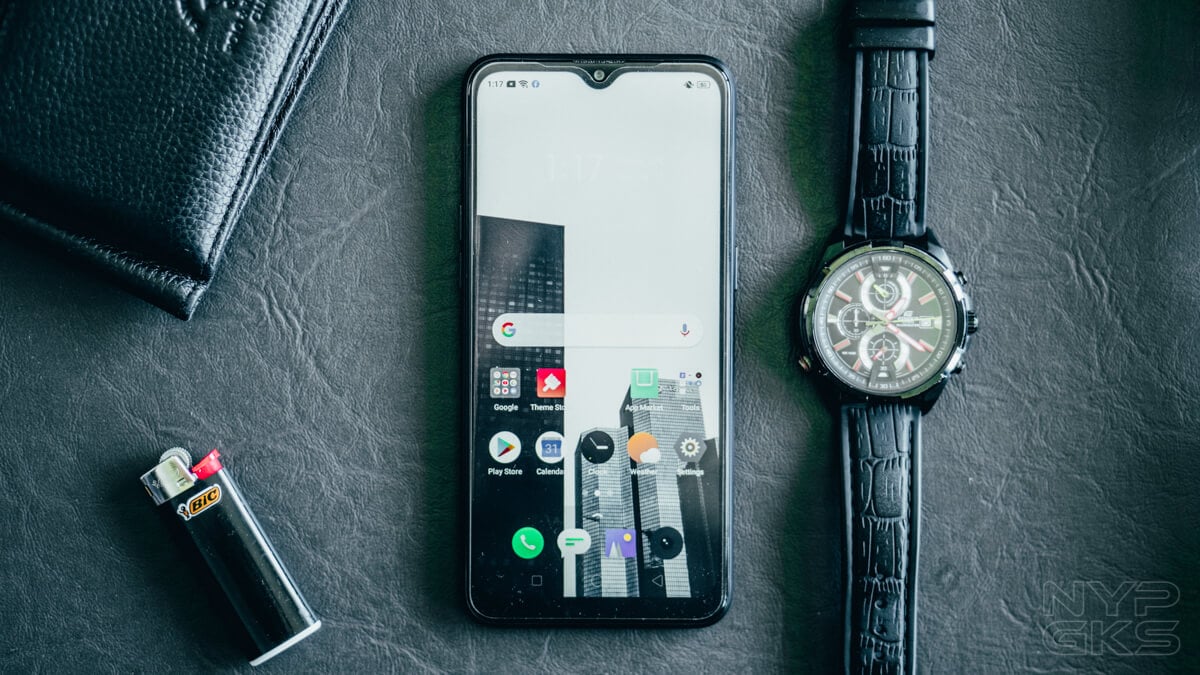 The size of the Realme C2 is good for productivity and gaming, although the quality itself might feel a little lacking. For one, the colors are a bit washed out, probably due to the lack of contrast. You can also experience color shifting in some viewing angles. 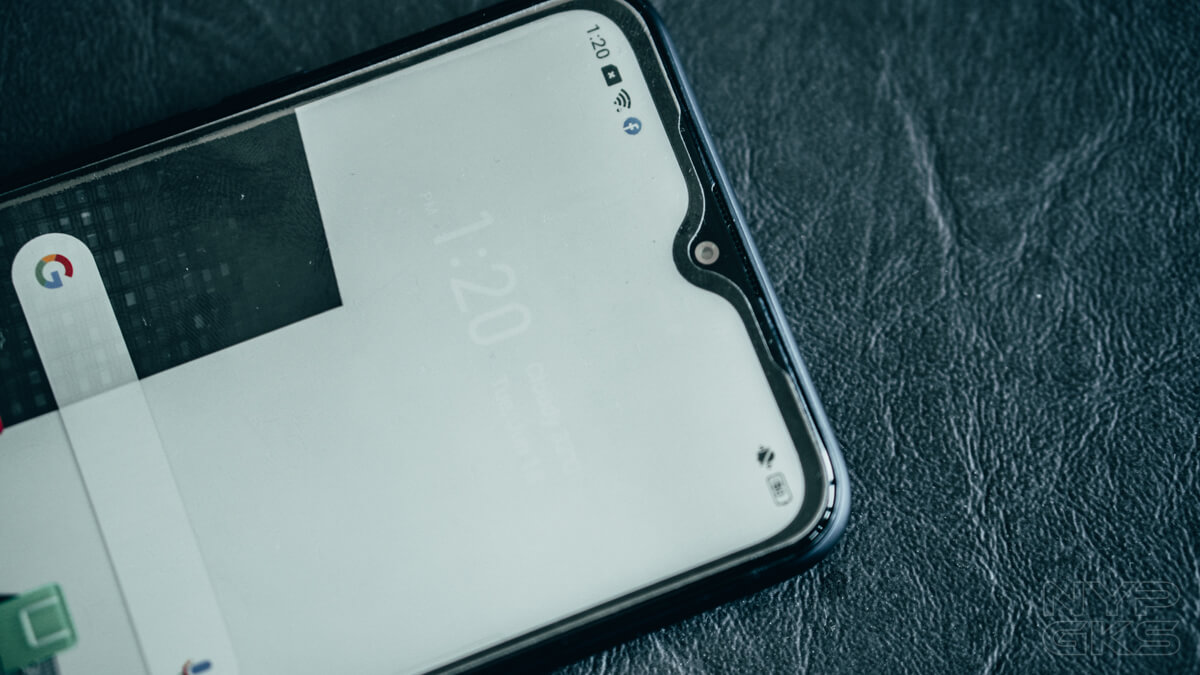 Its HD+ resolution is fine for reading, although it looks oddly bad when watching videos. This might be the tech enthusiasts in us talking, but for the normal eye, and for those who know what they should expect for the price, it should be fine.

The Realme C2 is powered by a 2.0GHz MediaTek Helio P22 octa-core processor and IMG PowerVR GE8320 GPU. It’s available in 2GB/16GB and the one that we’re reviewing here — 3GB/32GB RAM and storage models.

Realme C2 performance feels a little slow but is definitely decent enough for the price. Applications like Facebook or Google Chrome takes a second or two to boot up, but they do run fine once you’re in it. Multitasking between different tasks is fine, although expect the pre-opened apps to reload once you open more.

The gaming performance on the Realme C2 is also a bit underwhelming, but still capable for the price. We were able to play top titles like NBA 2K19, PUBG Mobile and Mobile Legends. All at playable frame rates, although you have to settle for the at low graphics settings.

Despite it being a low-end device, the Realme C2 runs on the latest Android 9.0 Pie operating system with the company’s ColorOS 6.0 interface.

The entire UI is not the cleanest that we’ve seen. The previous ColorOS version took a lot of inspiration from iOS. But now, as they try to depart from that and start to mature, it looks like the ColorOS 6.0 is a little lost. 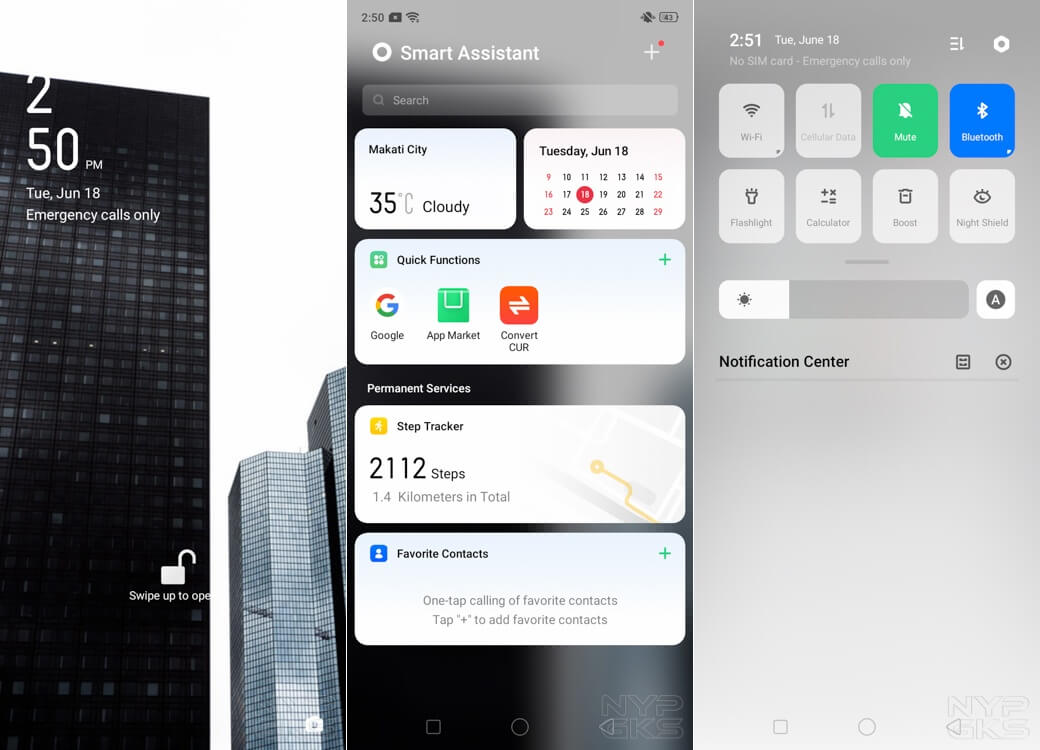 It appears that they’re trying to make it look and feel like stock Android, but with a few design touches of their own. The lock screen has the time and date on the top left, with large fonts that cut the time display in half.

The home screen is clean. Swiping to the far left lets you access the Smart Assistant, local and global search bar, and other shortcut tabs. The app drawer is easily accessible by swiping from the bottom up on the home screen. 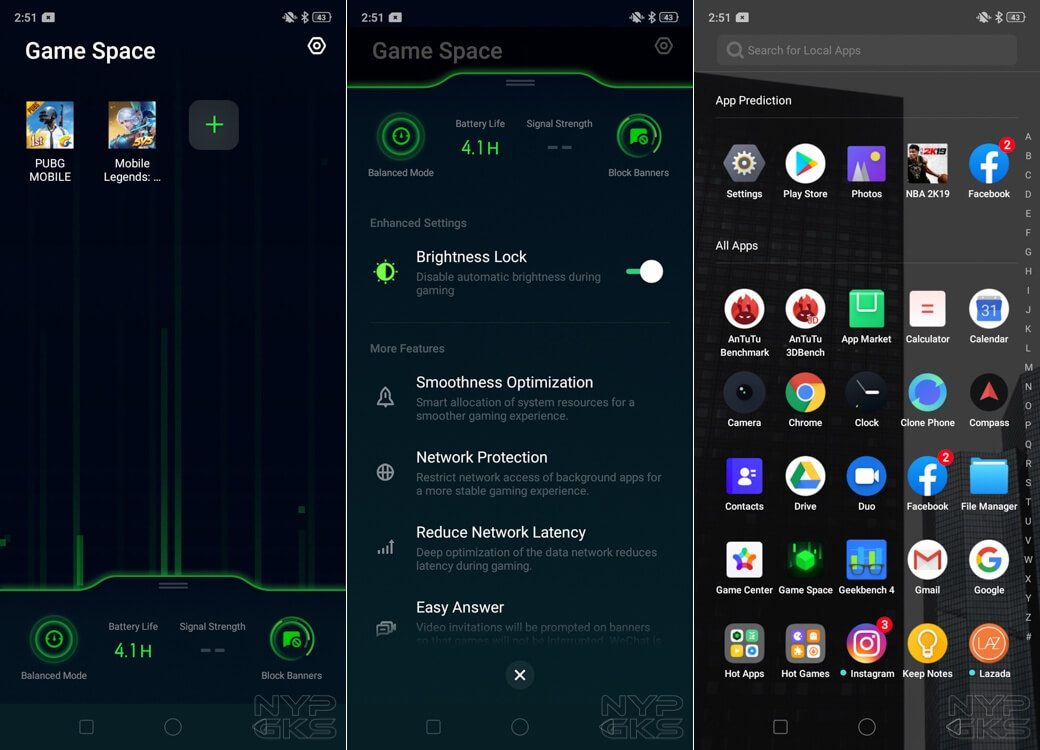 From the top you can access the control center, with unnecessarily large buttons, while below all that is the notification centers. Again, it has large tabs for some weird reason.

One key feature of the ColorOS 6 on the Realme C2 is the Game Space. It clears the memory and optimizes the device every time you launch a game. I also like how, every time take a screenshot when playing games or watching videos in full screen, the distracting animation is replaced with a simple notification that the screenshot was taken. 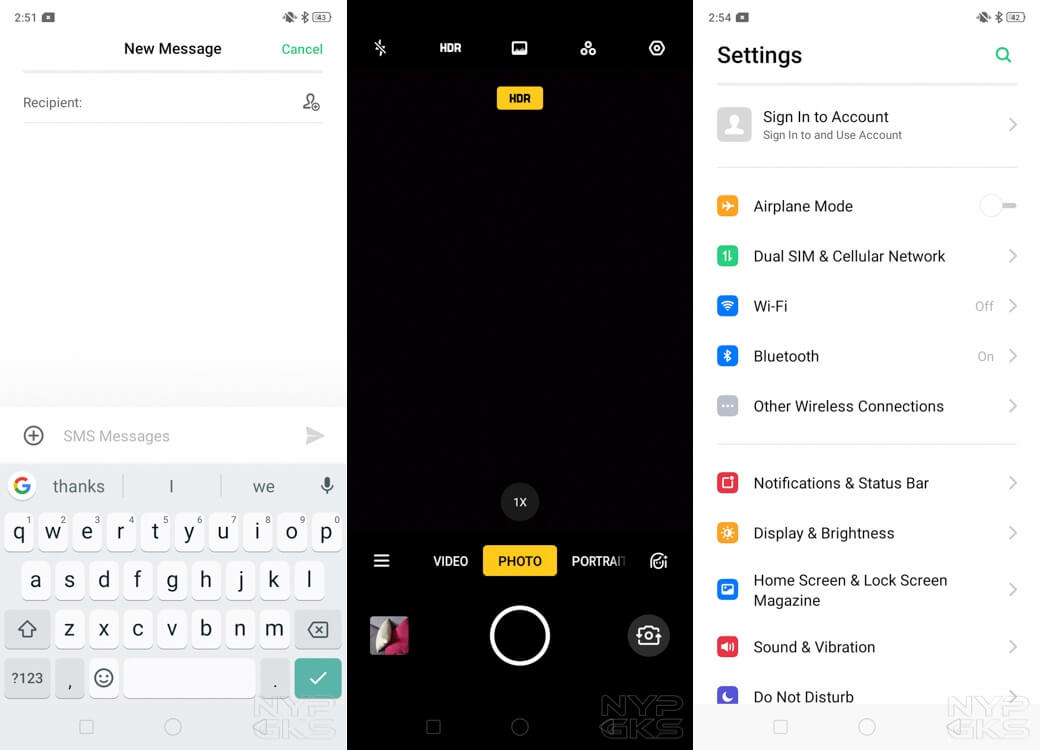 The Realme C2 uses Google’s own keyboard, which is intuitive to use and easy to customize. The camera app is fairly clean and not overwhelming to use. There’s also a split screen mode, if you really plan on going hardcore on multitasking on this thing. Picture-in-Picture mode is also present, so you can browse the web or do anything while watching Netflix.

ColorOS 6.0 might not be the best smartphone interface around, but it sure is enough to compliment the hardware of the Realme C2.

One of the most disappointing parts about the Realme C2 is the lack of a fingerprint scanner. This might be acceptable considering all of the already great features that it already has. But still, I do wish that Realme included one. 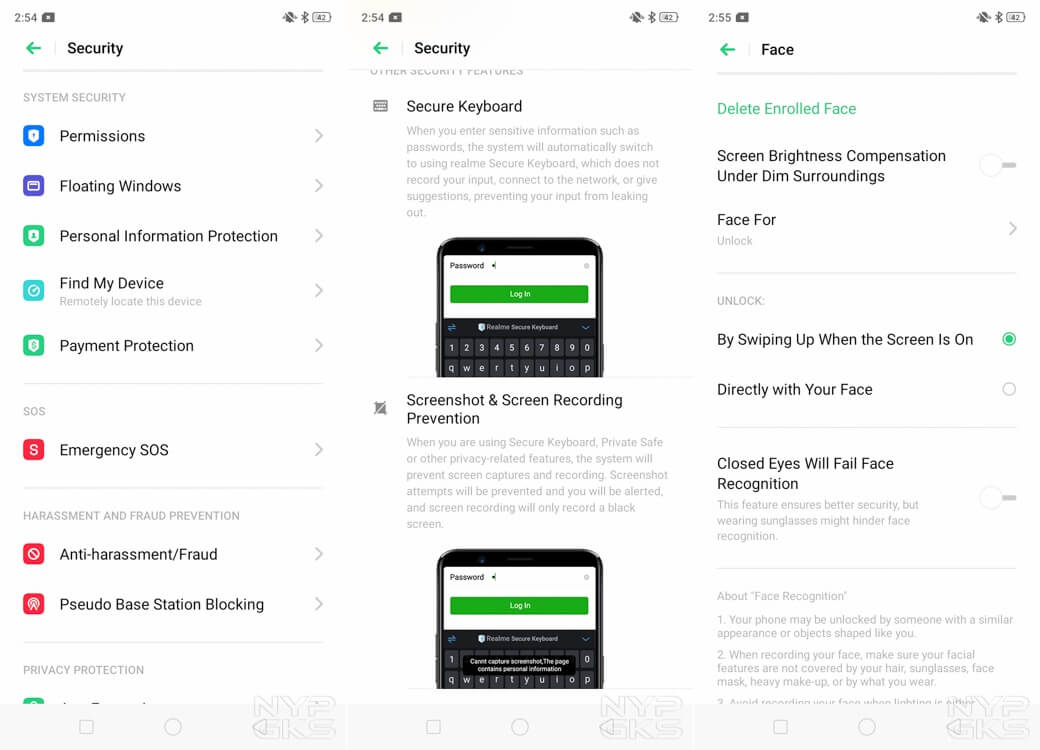 Thankfully, the face unlock feature worked really well. Despite only using the 5-megapixel front camera, the sensor worked really fast and accurate. You can even enable the ‘Raise to Wake’ feature so the device is ready for you the moment you pick it up.

The Realme C2 also has the other security features that Android Pie and Color OS 6 brings on the table. Things like Find My Device, Emergency SOS, Anti-harassment/Fraid, Pseudo Base Station Blocking, App Encryption, Kid Space, and Private Safe are available here. There’s also the special secure keyboard, so you can type your passwords and not worry of anyone spying on you while doing so.

The Realme C2 might not have the best set of cameras around, but it sure is decent for the price. Its 13-megapixel primary camera has phase-detection autofocus and an aperture of f/2.2. 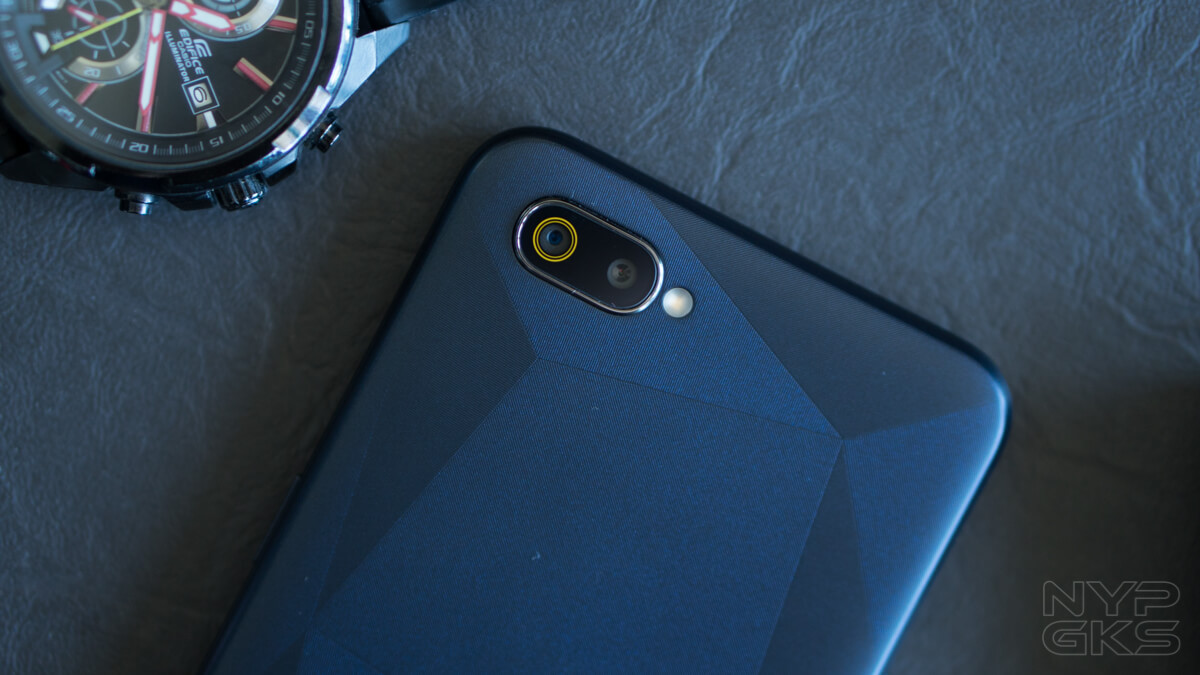 The details and sharpness are a little soft, the colors are a bit washed out, and the contrast is mediocre. But still, for a device in the sub-Php5k category, we’ve definitely seen worse.

There’s also the secondary 2-megapixel depth sensor. It does a decent job of isolating the foreground from the background. But there are times where the edge detection fails and provides that cutout effect.

On the upside, the 5-megapixel front-facing camera on the Realme C2 delivered better images than expected. The sharpness might not be the best, but it’s detailed enough to be usable. However, the colors and skin tone is still on the downside.

If there’s one really awesome feature that the Realme C2 has, its the battery. This device comes with a 4,000mAh battery, and thanks to its power-friendly 6.1-inch HD+ display and power-efficient MediaTek Helio P22 processor, it was able to provide really good longevity. 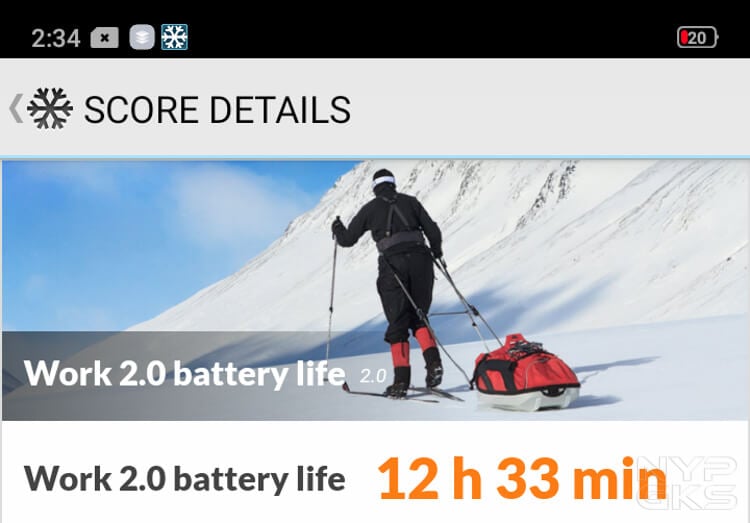 The Realme C2 delivered a good score with PCMark’s battery test. This benchmarking app ran synthetic workloads on a loop until the battery reached 20%. By which, the handset got a score of 12 hours and 33 minutes. That’s with the WiFi off, and the screen brightness and volume set to 50%.

In perspective, the average score that we got in other devices is around 10 hours. So clearly, this is really good. In a real-world scenario, this translates to a full day of casual to moderate use, with still some juice left for the next day.

If you’re binge-watching or gaming non-stop, expect to get at least 6 to 8 hours of charge from the Realme C2.

The Realme C2 is an interesting device. It packs a really unique and edgy design, the battery performance is one of the best for the price, and the cameras are good enough. 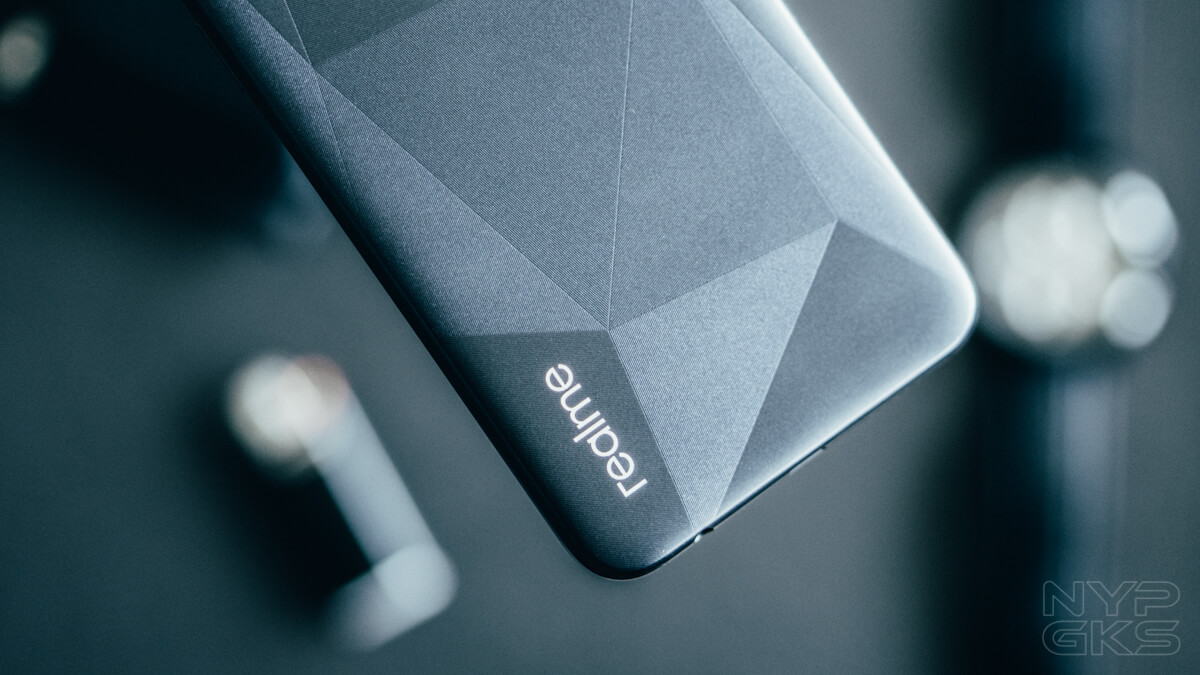 It may lack a fingerprint scanner, but the fast and accurate face unlock feature was able to make up for it.

However, the Realme C2 is standing in an awkward position. With its sub-Php5.5k price tag, you might be better off spending a few bucks more and get the Realme 3 instead. By doing so, you’re getting a smartphone that has a way better performance in gaming and daily tasks. Plus other bonuses like a fingerprint scanner and more capable cameras.

Realme C2 pricing and availability in the Philippines

The Realme C2 is now available in Realme physical stores and kiosks nationwide. It’s also available at MemoXpress’ online store in Shopee and Lazada. The 2GB/16GB model is priced at Php5,490, while the 3GB/32GB costs Php6,490.