Samsung has unveiled what could possibly the most lavish and bizarre member of the Galaxy A-series, the Samsung Galaxy A80.

Let’s talk about it right away, the highlight feature of the Samsung Galaxy A80 is its rotating camera. This lets you take equally good selfies using its 48-megapixel primary camera, group shots with its 8-megapixel ultra wide-angle lens, or do DSLR-like portrait shots with the help of its 3D depth sensor. 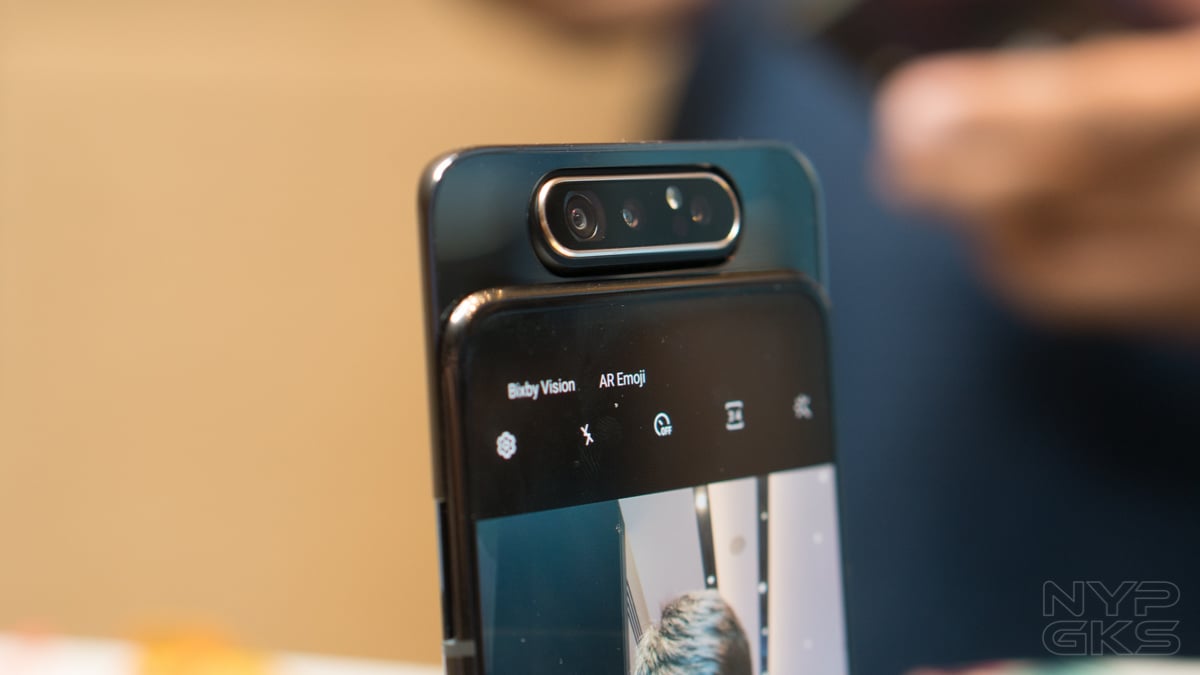 The interesting part is, besides the rotating mechanism, the entire camera area pop-up via motors, which allowed Samsung to still implement an all-screen display. Also, since it lacks a stationary front-facing camera, you’re getting a better screen-to-body ratio from this thing.

Speaking of the display, what we have here is a gigantic 6.7-inch FHD+ Super AMOLED screen with an in-display fingerprint scanner. That’s the same panel that we saw on the Galaxy A70. 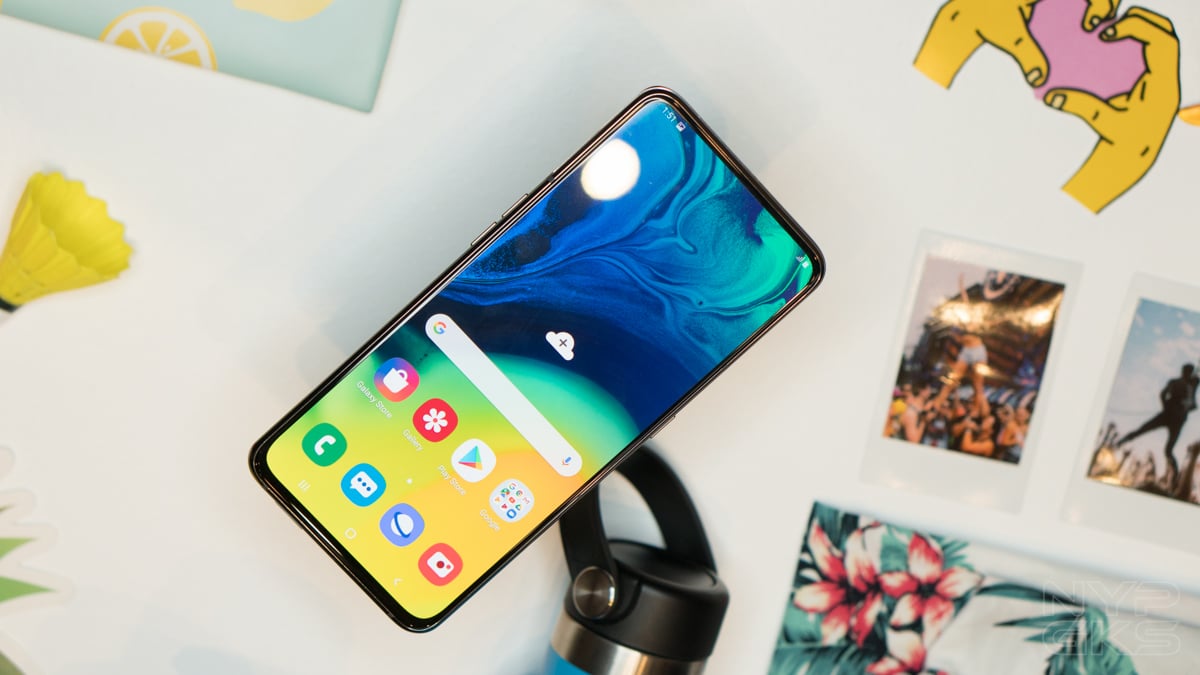 The device is then powered by a Qualcomm Snapdragon 73- processor, has 8GB of RAM, and 128GB of storage. Disappointingly, it only comes with a 3,700mAh battery despite its 9.3mm of thickness. It also lacks a 3.5mm headphone hack and a microSD card slot.

The official pricing and availability details for the Samsung Galaxy A80 are yet to be announced. Make sure to keep your eyes peeled as we’ll providing you with more details once they become available.