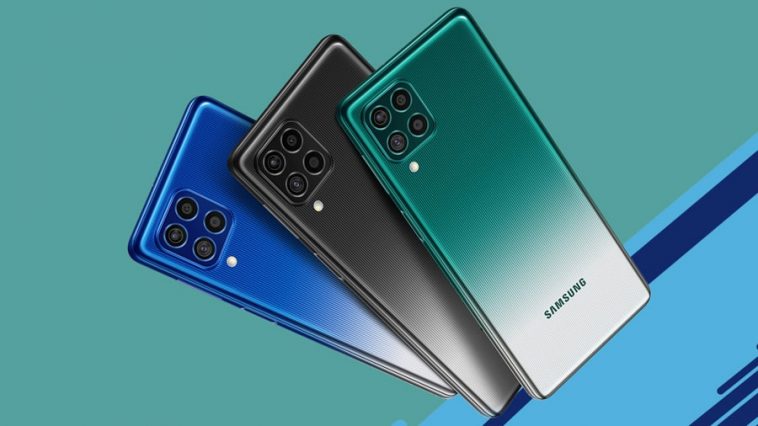 Samsung is betting on big batteries to make their budget phones interesting. That’s exactly what they’re doing with the new Samsung Galaxy F62.

The Samsung Galaxy F62 boasts a 7,000mAh battery, which we also saw on the Galaxy M51. It’s paired with a relatively slow 25W charger.

Going along with it is an equally enormous 6.7-inch FHD+ AMOLED Plus display, with an Infinity-O punch-hole for the selfie camera.

Under the hood, it’s powered by an Exynos 9825 processor, a powerful chipset initially found on the Galaxy Note 10 series. It’s paired with either 6GB and 8GB of RAM or 128GB of expandable storage.

We then have a new design on the back — at least for a Galaxy A device. It has a Laser Gradient look that’s available in Green, Grey, and Blue. But having an enormous battery, it’s unsurprisingly thick at 9.5mm.

Moreover, the Galaxy F62 runs on the latest Android 11-based OneUI 3.1 and has a side-mounted fingerprint scanner.