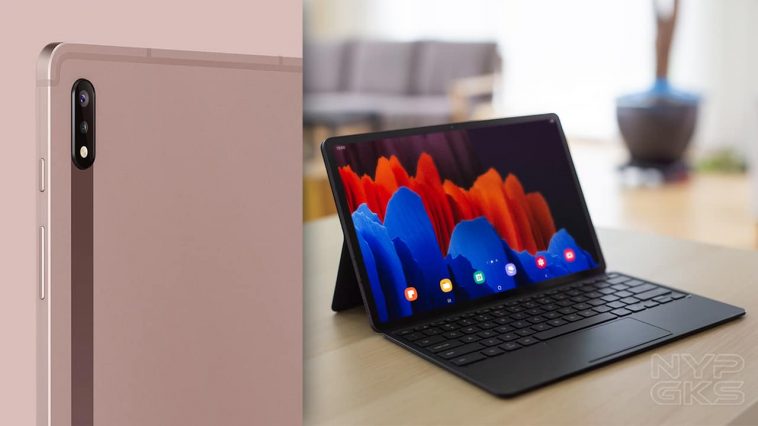 Looking for a flagship tablet for school or work? Then you might want to check out the Samsung Galaxy Tab S7 series, which are now available in the Philippines.

The Samsung Galaxy Tab S7 and S7 Plus are powered by the latest Qualcomm Snapdragon 865 Plus processors, 13-megapixel primary camera, 5-megapixel ultra-wide, and an 8-megapixel sensor for selfies and video calls. They also have a smooth 120Hz refresh rate, just like the Galaxy Note 20 Ultra.

Their key difference is in the displays. The Galaxy Tab S7 has an 11-inch IPS screen, while the Plus model has a larger and sharper 12.4-inch Super AMOLED panel.

You can check the Galaxy S7 series full specs list below.

The Samsung Galaxy Tab S7 (6GB/128GB) and S7 Plus (8GB/256GB) are now available in the Philippines for a price of Php47,990 and Php63,990, respectively. Both model comes with LTE connectivity, S Pen, a FREE Book Cover Keyboard, and four months of YouTube Premium.

Those who are eyeing the S7 Plus can get it at up to a 36-month 0% installment plan on Citibank credit card. While the Tab S7 at 24 months on BPI, BDO, Citibank, Security Bank, Metrobank, and PNB credit cards.

The devices are also accepted in Samsung’s Trade-In, Save Up program, where you can trade your old device and get up to a Php6,000 discount on a Galaxy Tab S7 series device.