Xiaomi doesn’t roll out that many new phone models, and the newly announced Mi 4c is certainly worth keeping an eye out for. For one thing, it sports the same Snapdragon 808 SoC as the more expensive LG G4. Another is that it comes with USB Type-C connectivity. All while maintaining a 1,299 yuan ($204) price tag.

For the money, you’re getting a 5 inch Full HD screen, dual SIM 4G connectivity, and a 13mp rear camera with two-tone flash. You also get 2GB RAM and 16GB of storage. If you want to upgrade to a larger 3GB RAM and 32GB storage configuration, you’ll have to shell out 1,499 yuan ($235). 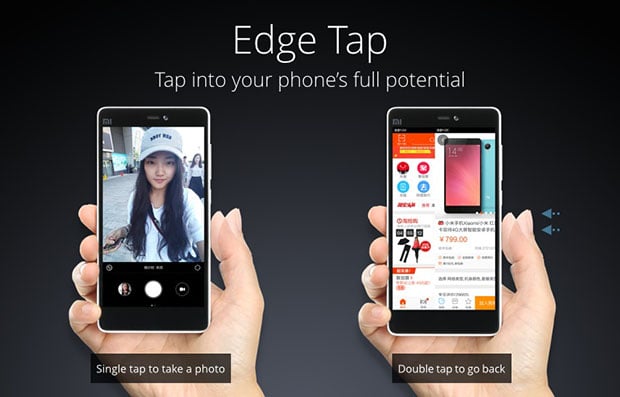 In addition to the typical spec sheet, the Xiaomi Mi 4c has a number of software tricks that help improve the functionality of the phone. Edge Tap in particular lets you tap the edges of the phone to issue certain commands, tapping to take a photo or double-tapping to go back. There’s also the usual double-tap to wake function.

Unfortunately, the Xiaomi Mi 4c is slated for a China-only release. However, that can still change and at the very least, it’s still possible that Xiaomi might out an international variant for their fans in the rest of the world. After rough conversion, the Xiaomi Mi 4c amounts to about slightly more than Php9k before taxes, so I’m certainly hoping they can bring it or some other version of it to the Philippines as well.