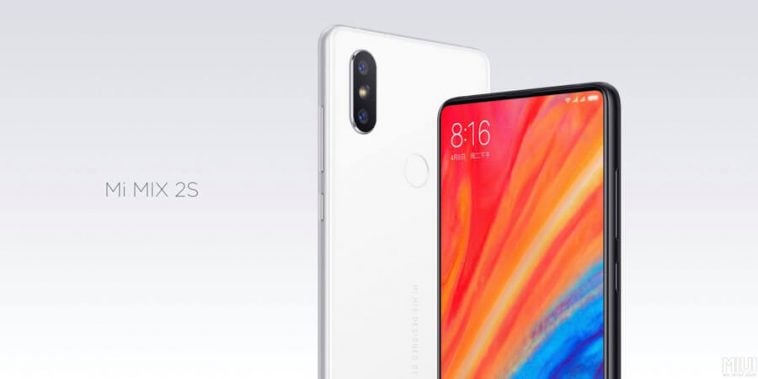 Xiaomi has finally made official the Mi Mix 2S after months of running around the rumor mill.

The new Xiaomi Mi Mix 2S will follow the tradition of the Mi Mix line. Just like its predecessor, it comes with ultra-slim bezels and top-tier hardware. Although considering that almost all phones are now going on to the bezel-less route, this doesn’t make the Mi Mix series any special like it used to.

Still, the design of this handset is nothing short of impressive, especially because Xiaomi has completely avoided using a display notch. Hence, consumers can fully take advantage of its 5.99-inch Full HD+ IPS screen.

Other than the display, one of the Mi Mix 2S’s highlight is its cameras. At the back, there are two (2) 12-megapixel cameras. Both have optical image stabilization and shoots in wide and telephoto, respectively.

The camera has a 97% score in DXoMark, putting it at the 5th place overtaking the iPhone 8 which is at the 6th spot. In fact, it scored the same as the iPhone X. Moving on, the Xiaomi Mi Mix 2S is powered by the top-of-the-line Qualcomm Snapdragon 845 chipset, with 8GB of RAM and 256GB of internal storage. It runs on Android 8.0 Oreo with the new MIUI 9.5 interface on top. Its 3,400mAh battery also goes with Qualcomm’s Quick Charge 3.0 support.