Lenovo has kept its promise and delivered the stellar ZUK Edge.

The new smartphone is now up in the Lenovo Mobile online store and it’s one of the first few handsets to sport Android 7.0 Nougat out of the box. Lenovo has made the ZUK Edge almost bezel-less on the sides with a curve effect reminiscent of the Galaxy S7 Edge.

In terms of specs, there’s not much difference from other modern flagship smartphones. It flaunts a 5.5-inch 1080p screen in front with a home button that doubles as a fingerprint sensor placed just below it. The company claims that it can unlock the device just 0.09 seconds after placing your finger on the sensor.

There’s a top of the line Qualcomm Snapdragon 821 chipset at the helm together with Adreno 530 GPU and either 4GB or 6GB of RAM. As for storage, an incredibly fast UFS 2.0 64GB is present. Unfortunately, it’s not expandable so you’re stuck with it. Moving around the back reveals the 13-megapixel rear camera with a pixel size of 1.34μm, f/2.2 aperture, and phase detection autofocus. There’s an LED flash below and a heart rate sensor a little further down. 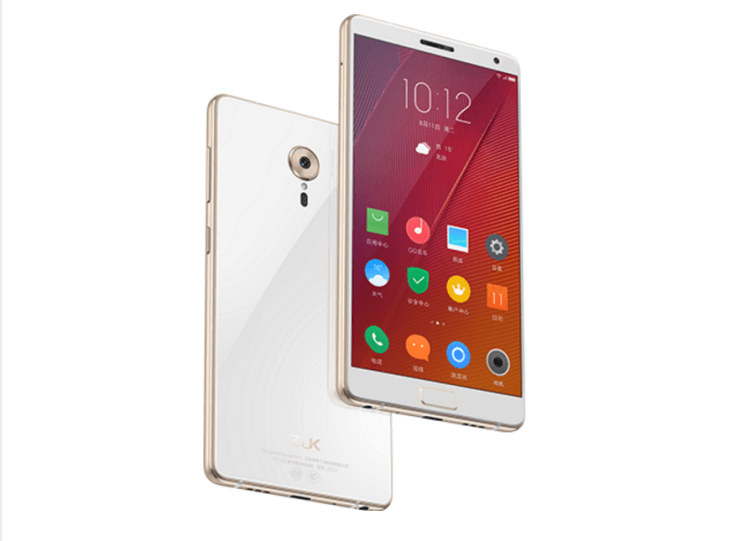 Audiophiles would be pleased to hear that it has Dirac HD Sound for an improved Hi-Fi audio. Measuring 142.9 x 74.5 x 7.68mm and weighing 16o grams, it’s not necessarily the thinnest and most lightweight of them all. Instead, it hovers around the typical size of this kind of smartphone. But it’s impressive 86.4% screen-to-body ratio is still no match to Xiaomi’s 91.3%.

There will also be a ZUK Edge L model which is expected to be a seperate version (but with the same specs) for Korean actor Lee Min Ho endorsement.