Having multiple copies of blurry photos in your phone is a serious hogging problem. Not only are these bad-quality images a pain to look at—especially for an expert or enthusiast who had been used to high-quality, vivid images—they also consume memory space in your storage that, if left unchecked, could mean you running out of needed allocation for more data.

If money is tight and you are still stuck with a 32GB or 64GB of storage, you will soon realize the reality of running out of memory space fast enough than you would have hoped.

While it is easy for an avid camera person to spot any duplicates with his shots and even keep tab on all of them at any given time, the task of managing photos can be more complicated for Android users.

Apparently, the Android OS has a habit of making duplicates of files that it dabbles with, particularly image files. Irony is that not many people are even aware of this “nifty” feature until they used an app which reveals that fact. But in the same vein, those same apps are the ones capable of removing any unwanted duplicate file which you can command at whim as a user.

Speaking of such apps, here are 4 best Android applications you can use for deleting photos.

It is easy to overlook Clean Master’s capability to detect duplicate files for the user to delete given the app’s reputation as a “phone-cleaning” app which removes clutters that hinder the device’s performance and thereby optimize it. But, when you think about it, the idea should hardly come as a surprise. Admittedly, I, myself, was guilty of this notion until I explored the application’s other nifty features.

As it appears, Clean Master actually has a fleshed out photo sorting capabilities which gives users a complete showcase of every duplicate in their phone’s storage. However, while many of apps of its kind may share this same valuable feature, not all of them are able to delete replicas that are embedded with ads.

That is where Clean Master probably stands out from the crowd as, apart from expertly discerning which photos are with or without ads, it is also capable of removing any of them regardless. Did I mention that the Clean Master app is free on the Google Play Store? 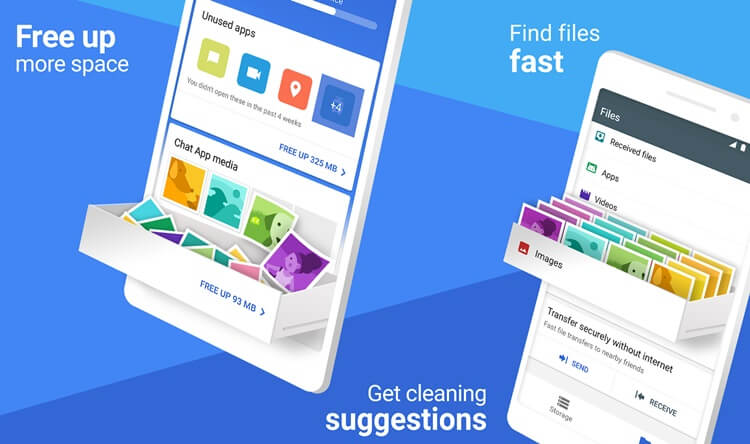 For a company who owns the most-used mobile platform to date, Google has always been a brand with some of the most amazing apps in Android. The ability to oversee and remove unwanted photos is perhaps one of those lines which Google excelled at—particularly with Google Files Go.

Unlike other apps which only sees duplicate files within the local storage, Google Files Go makes use of your data on the cloud as a point of reference as well when showcasing all the photos you have stored.

Although, by using this app, you could choose to manually navigate on your overall gallery and delete unwanted images at a tap of the finger, Google Files Go also employs a very useful feature which lets you automate the process at a touch of a single button. 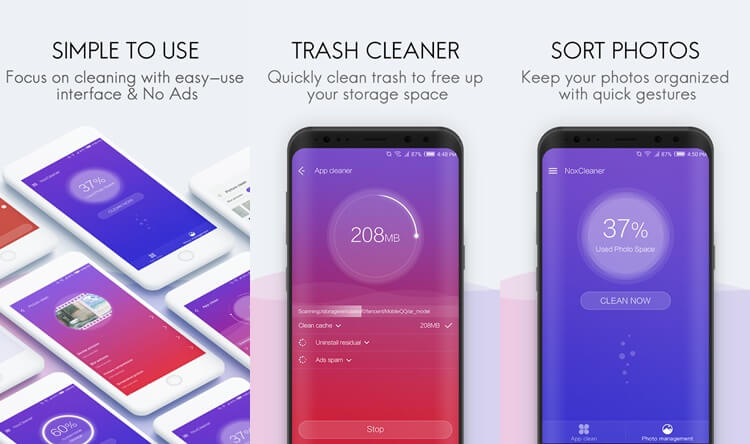 Akin to Clean Master as a general cleaning tool and not a dedicated photo management application, NoxCleaner’s ability to manage the photos you have in your phone is also easily overlooked. If I was under the same impression as I had with Clean Master, I’d only use this app to clean up the clutters in the phone in order to optimize it for good performance.

But this app is no stranger to spotting copied files and presenting them to users to given an option as whether to keep or delete. If that is not good enough, the app further pampers the users by creating separate partitions for images of various defects or unwanted states such as by being too large, blurry, or even just for the fact that they are screenshots.

Yet, for something as heavy duty in the process as NoxCleaner, the overall process of scanning photos for replicas is a rather long process—possibly longer, the bigger memory storage and the amount of contents it has. However, if time is not an issue for you—and rather getting your phone rid of unwanted memory-hogging photos is—NoxCleaner is a definite must-try. 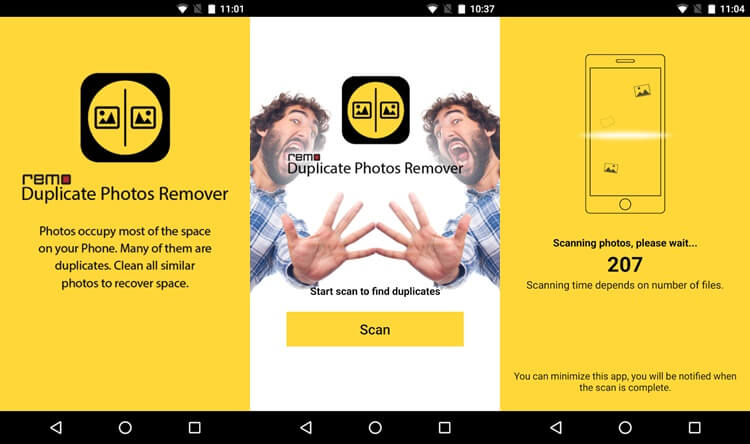 Of course, if you already have tried any of the apps listed here before Remo Duplicate Photos Remover, there would be nothing revolutionary to see as far as doing the process goes. But, like any app which are relied on for their functionality, the real selling point of this app is the ease of its use, apart from the actual result—to which, Remo Duplicate Photos Remover does fantastic.

As a caveat, let it be known that by using any of these apps, you are risking of deleting any old photos of sentimental value in your phone. If you are that kind of user, use any of these applications with utmost caution.

That’s it! Did we miss anything? If you have other recommendations, feel free to drop them in the comments section below to help out other Android users.