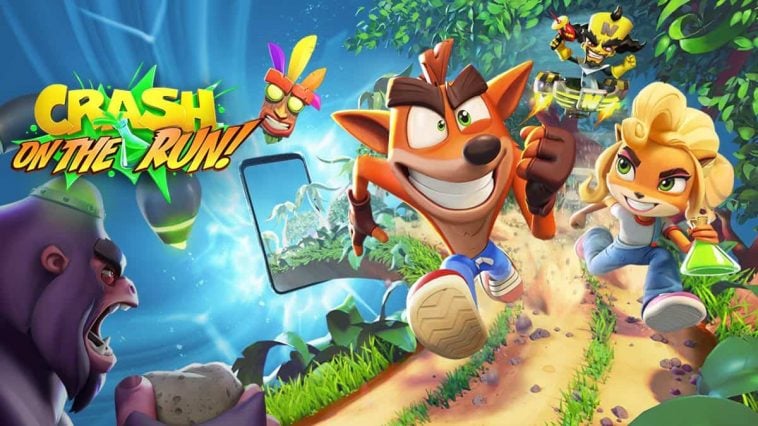 One of the most popular gaming franchise in the world is also making its way to mobile devices. Meet the Crash Bandicoot: On the Run!.

As the name suggests, the Crash Bandicoot: On the Run! is another take on the 3D endless running games that popularized by Temple Run way back in 2013.

The first Crash Bandicoot was developed by Naughty Dog for the PlayStation way back in 1996. Now, a free-to-play mobile version will initially head to Android smartphones and soon on iOS, via King, the developer behind Candy Crush.

With the Crash Bandicoot mobile, Dr. Neo Cortex made a comeback to dominate the multiverse, with the help of maniacal mutagen henchmen. The developers aim to bring the classic Crash Bandicoot experience to the modern endless running gameplay.

Popular characters are making a comeback. Also, players can expand Coco’s base. Spinning, one of Crash’s popular spinning move is added on the classic running and spinning of this game format.