Facebook is at it again. This time, improving the gaming experience.

Games are now officially part of the Messenger ecosystem with the launch of ‘Instant Games’.

After its successful experiment of mini-games like basketball and soccer, Facebook Messenger Head David Marcus said that they are now going to step up further. The basketball game has been played over a billion times since its release in March. 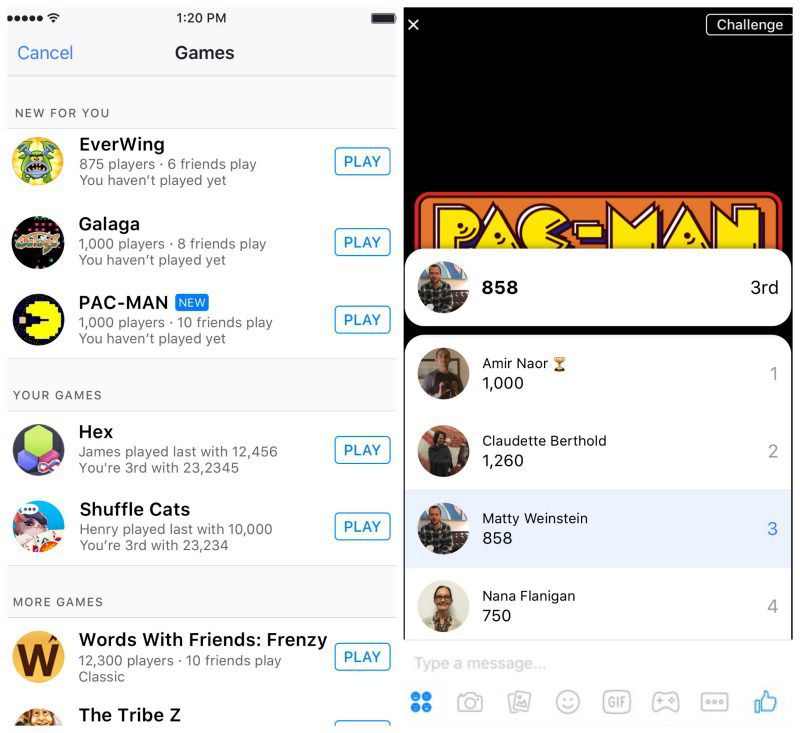 Like before, users won’t need to download any additional app. They can play games like Space Invaders, Galaga, Pac-Man, Shuffle Cats, Hex, Arkanoid, EverWing and more directly on the messaging app and in the News Feed.

While we do believe that consumers would still use it the way it is, it’s great to see that messaging is evolving in a big way. Now you can do more than just send a text, photo, stickers, or video.

Facebook Instant Games is currently available in 30 countries as of the moment. Supported devices include those with Android 5.0 Lollipop and iOS 8 or later.