When it comes to personal audio gear, I have a tendency to prefer in-ear headsets and earphones. They’re small, light and easy to carry around. And the good ones sound awesome without being overly expensive. So when I got the chance to review the JBL Synchros S100, I was pretty eager.

The JBL Synchros S100 is an in-ear type of earphones that’s geared for just about anyone who enjoys audio. It’s elegant with some great details without being too flashy, which more than any audio enthusiast with a bit of fashion sense should ask for. There are several aspects that make a great pair of earphones. Does the JBL Synchros S100 make the cut? Read on in my full review. 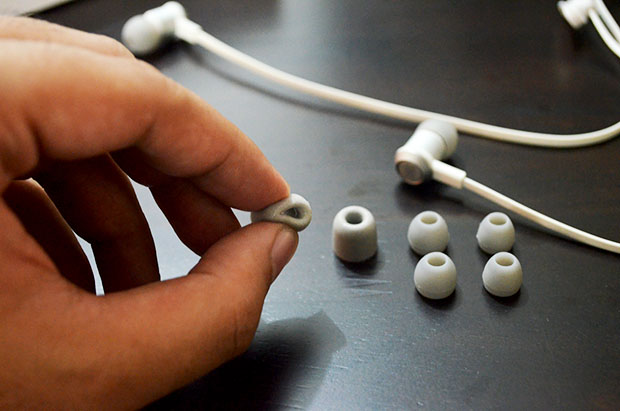 The JBL Synchros S100 review unit I got was the Glacier White variant, but it also comes in Onyx Black. It features earpieces are constructed from die-cast aluminum and metal and they’re angled so the sound has a better path into the ear canal.The inclusion of the JBL logo inside a ring of patterned metal on the side of the earpieces is a nice and classy touch. 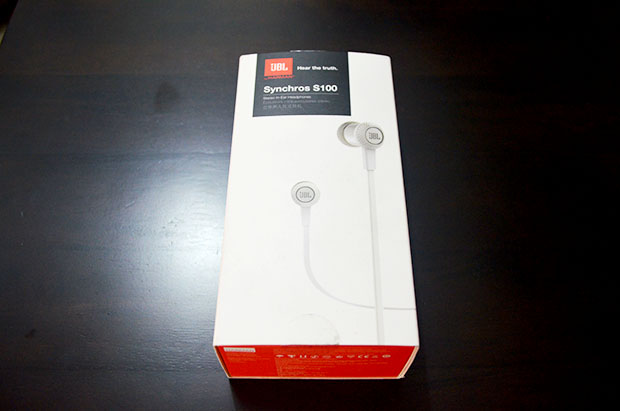 You get three pairs of silicone ear tips in different sizes, as well as an additional pair of Comply tips made from memory foam. They Comply tips come in only one size, but the material it’s made from allows itself to mold itself to the inside of your ears, creating a perfect fit. You wouldn’t think they’d fit in smaller ears, but they can be squished to a really small size and don’t push against the insides of your ears, which is pretty awesome. 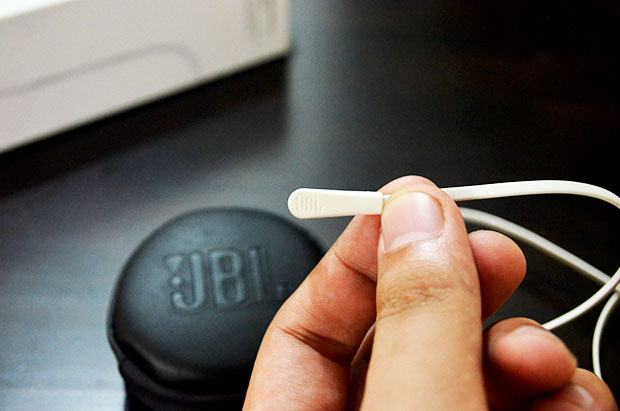 The last sweet touch is that it uses flat tangle-resistant cables. The material isn’t as thick as the ones on the JBL J55 that I reviewed a few months ago, but then, those cables fed larger drivers. No, the Synchros S100’s cables are thinner and lighter, but they’re no less tangle-resistant. Which reminds me — after this review, I have to go back to my super tangle-prone UrBeats. Bugger.

If there’s anything I don’t like though, it’s that it doesn’t have any volume controls or an in-line mic. The Synchros S100 is pricier than even some of the great options from other equally popular brands, and some of them at least come with one or the other. Once you reach a certain price point, you tend to expect that a pair of earphones at least comes with volume controls or an in-line mic. 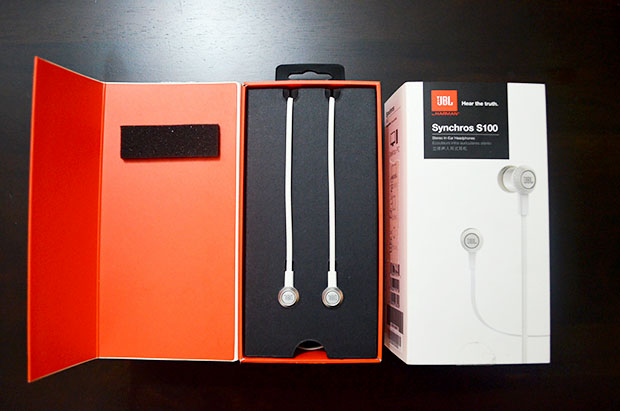 The quality of the aural experience is what matters most on any piece of audio gear, and in this regard, the Synchros S100 doesn’t disappoint. Similar to my JBL J55 test, I listened to music from a range of genres, particularly hip-hop, RnB, Jazz and Alternative Rock. I’ve also used it while playing NBA 2K14 on my PC.

The 9mm drivers deliver plenty of awesome audio. Unlike the muddy crap that Beats churns out, the Synchros S100 produces clean and crystal clear sound that’s balanced all the way from highs and mids down to the lows. The bass isn’t exaggerated the way they are on my UrBeats, but with a little tweaking on the music app I use (Power Amp), I got it to deliver head-rocking bass with absolutely no distortion even when I cranked the bass up. 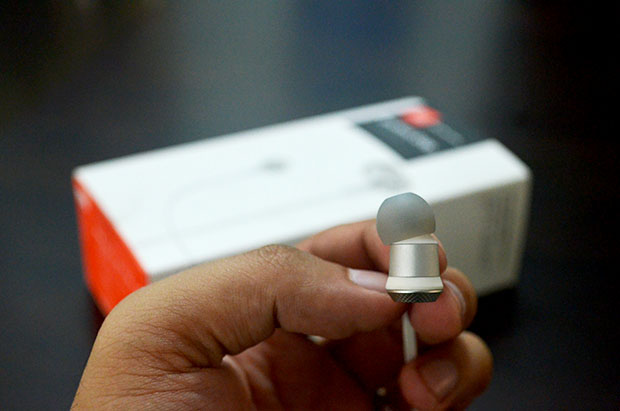 I especially got a kick out of using it while playing NBA 2K14. I tend to keep my speaker’s volume level down to avoid disturbing other people in the house, so it was refreshing to be able to turn the volume up and enjoy NBA 2K14’s audio the way it was meant to be enjoyed. The lows were great, but the mids and highs especially shone because of how they lent themselves to the player chatter and other ambient sound effects that add to the realism of the game. 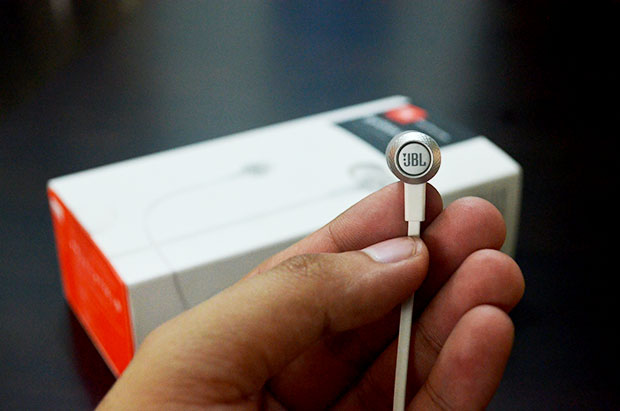 With an SRP of Php4,690, the JBL Synchros S100 is no doubt pricier than some of the other earphones out there from equally reputable brands. However, it features an understated yet premium design that tells you you’re getting more than you paid for. The lack of volume controls and in-line mic is a disappointment at this price point, but if you can afford it, the JBL Synchros S100 delivers sound quality and clarity that’s as clean and balanced as you’ll ever find on a pair of earphones.