Wacom, a Japanese company known for its graphics tablets, has announced the MobileStudio Pro tablets.

Lots of manufacturers are entering the stylus-powered tablet market and many have doubted Wacom if they already lost its touch. Hybrids like the Surface Pro and iPad Pro come to mind. The company has now answered and revealed two new powerful and impressive Windows 10 tablets.

Much like their older products, the new Wacom MobileStudio Pro tablets are meant for graphics artists, engineers, architects, and creative professionals who need top-notch hardware for productivity. Wacom calls them as “mobile pen computers”, but its evident that both have huge footprints.

There are two models: a 13 and 16. The smaller one is actually 13.3-inches while the larger tablet is sized at 15.6-inches. All in all, it’s a total of six variants, with each varying slightly in specs. It’s powered by an Intel Core i5 or i7 processor, 64GB up to 512GB of storage, and NVIDIA Quadro graphics card. 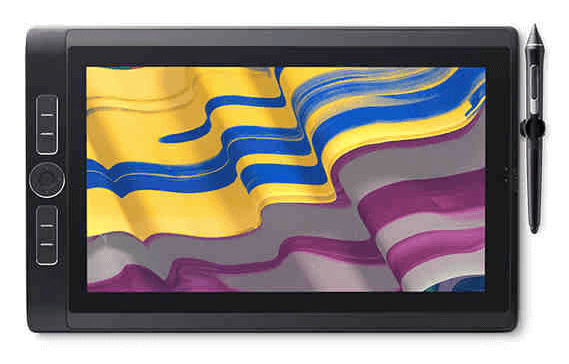 It runs on full Windows 10 OS, which means it can run desktop versions of Adobe Creative Cloud applications and other professional softwares like AutoCAD.

The Intel Real Sense 3D camera is more of a niche use, specifically for designers who work on 3D modelling and architecture.

Another department where the MobileStudio Pro tablets excels at is in the display. The 13 variant has an IPS WQHD display while the 16 model features an IPS UHD (4k) display that can handle up to 94 percent of Adobe RGB.

Wacom hasn’t upgraded its stylus in a long while. It’s perfectly fine, so why fix it? This time though, the company decided it’s the right to do an upgrade. The new Pro Pen 2 is now four times more accurate and pressure sensitive than the original model.

With all these bells and whistles, it’s destined to be expensive. Take a look at the price list below: