Huawei has just made one of their cheapest smartphones more affordable. The Huawei P20 Lite, the most budget-friendly member of the P20-series family, just got another price drop.

When the Huawei P20 Lite launched in the Philippines back in April, the device had a price of Php15,990. Huawei then dropped it to Php13,990 back in July. And today, it’s Php3,000 cheaper from its original price as it now retails for only Php12,990.

This new pricing will further separate the P20 Lite to Huawei’s hottest midrange smartphone in the market today — the Nova 3i. Making it a more logical option if you still want to own a Huawei smartphone, but doesn’t have the budget for the Nova 3i. 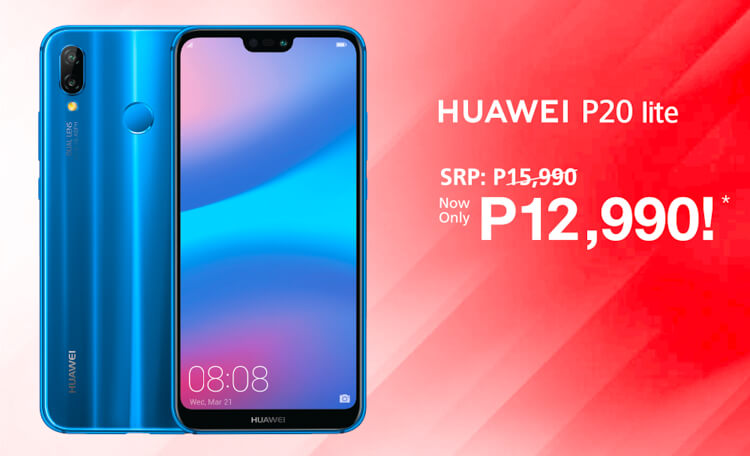 The Huawei P20 Lite has a 5.84-inch FHD+ screen, with ultra-thin bezels and a notch on top. Under the hood, it comes with a Kirin 659 octa-core processor, 4GB of RAM, and 64GB of internal storage.

And since it belongs in the P20 family, the device also has a decent set of cameras. There’s a 16-megapixel selfie snapper on the front, while on the back you can spot a 16-megapixel + 5-megapixel dual-camera setup.