OPPO Philippines has announced a price cut on select smartphones and a Christmas giveaway.

In celebration of its growth and as a way of thanking its fans, OPPO has decided to give discounts on two of its smartphones. And not only that, everyone who will buy an OPPO smartphone will get a chance to win a free OPPO F1s. 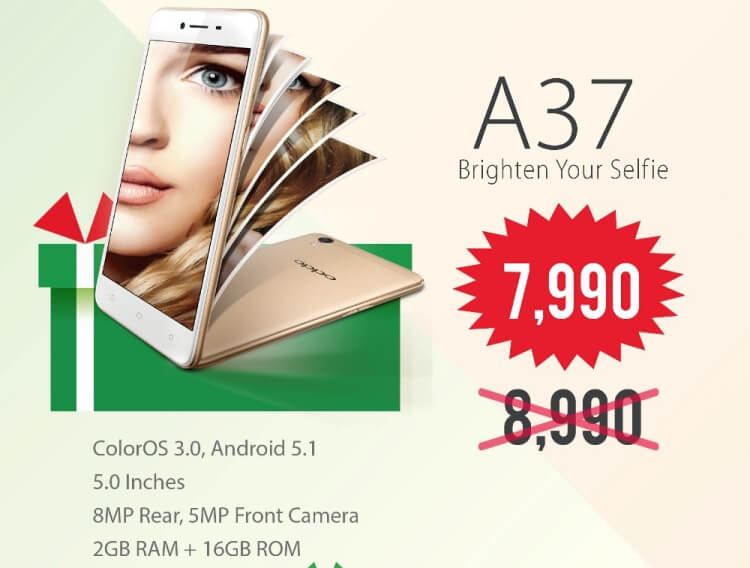 The other handset is the OPPO A37. Originally priced at Php8,990, it has been a great entry-level device for those who want an aluminum build with decent specs. It boasts a 5-inch 720p screen with ColorOS 3.0 and Android 5.1 Lollipop. It’s powered by a Qualcomm Snapdragon 410 processor, Adreno 406 GPU, and 2GB of RAM. The A37 will be available for a reduced price of only Php7,990 – saving you Php1,000 which you can use to buy a microSD card for more storage.

The OPPO F1 and OPPO A37 discount promo will be available until January 8, 2017 only.