OPPO’s current flagship smartphone — the OPPO F5 — is going to be cheaper for a limited time.

For a quick refresher, the OPPO F5 packs a large 6-inch Full HD+ display. It is one of the first devices from OPPO that adopted the 18:9 aspect ratio trend before the rest of the line-up followed. The device is powered by a MediaTek Helio P23 processor and has a large 3,200mAh battery. 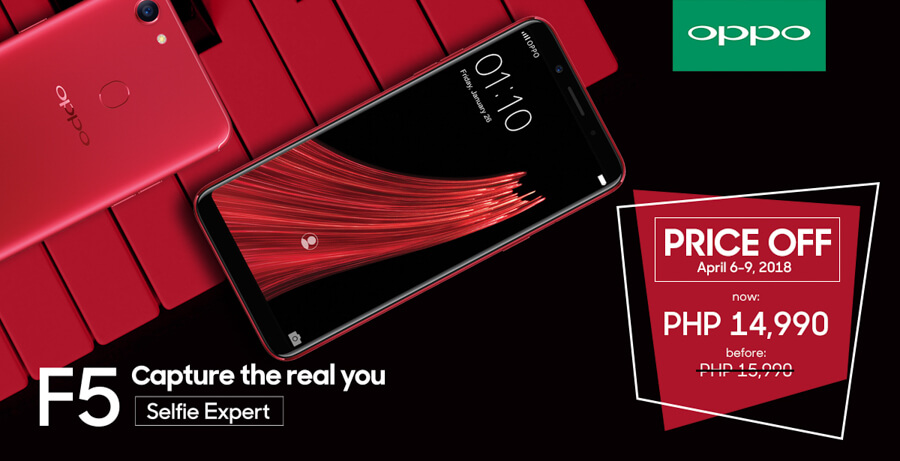 One of the device’s highlights is its 20-megapixel front camera. It sports OPPO’s AI Beautification technology which greatly improved its selfie prowess.

The OPPO F5 is available in a lot of stores, kiosks and different resellers nationwide. You can also check our full review to learn more about it.