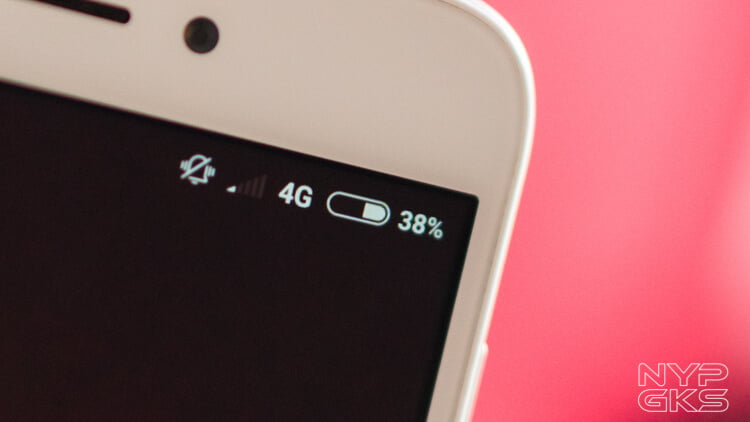 Ever looked at your phone and wondered what those letters that appear on the top-most portion of the screen is? They are mobile internet symbols.

You must be a long-time user of mobile internet and had been to various places to have come across letters such as G, E, and H as well as 2-character symbols like 2G, 3G, and 4G. Unwittingly for some, these symbols have more meaning more than they take it to be.

But that is understandable. Given that our mobile devices today are no longer just used for calls anymore, many of these gadgets are now able to connect to the internet thanks to the same telecommunications companies that are giving it the ability to make calls.

However, not all internet mobile connectivities are the same. In as much the same way that a device’s capability to make and receive calls is dependent on the coverage of his network provider, the quality of the internet for the same device is dictated by which technology covers the area.

For instance, one person in a rural area may get a symbol of H+ on his device while another person from the city is getting 4G. Any person who knows his Evolved HSPA from LTE would discern the stark difference in terms of data transfer speed between the two, with the latter being the superior.

Yet, as aforementioned, there are also other symbols that represent the quality of internet connectivity you are getting through your network provider that are not just H+ or 4G. Question is, what do these mobile internet symbols even mean?

Back in the days when mobile internet was still in infancy, people are used to getting slow-loading pages in their mobile devices. Not only are mobile devices at that time not powerful enough to make internet browsing a smooth experience, but the quality of internet connectivity during that era is simply slow.

In the absence of smart devices which we now enjoy, we had originally experienced this in feature phones which are known for their physical keypads at tiny screens. You must have lived in a very technologically advanced society to actually experience decent speed in mobile browsing at that time. For the rest which are still catching up with the technology’s pace, it simply is just too slow.

In chronological order, let us take a look at the timeline as to how mobile internet came to be starting from its earliest adoption.

You would know you have the slowest internet speed when your device is getting a letter G symbol on its signal bar. It stands for General Packet Radio Service (GPRS).

Technically, however, this is not the very first technology which was adopted by the industry as that title is held by 1G.

But given the superiority of GPRS over 1G, GPRS is still widely-embraced as the slowest mobile connectivity which today’s phone can get, hence the allusion to it as providing the slowest internet speed for the present.

At a data rate ranging between 56 to 114kbps, this type of wireless connectivity is ideal only in sending text messages across a network.

Set in the middle between 2G and 3G, letter E or EDGE (Enhanced Data Rates for GSM Evolution) is intuitively referred to by most people as the “2.5G.”

Although this more advanced technology is significantly better than GPRS, this type of connectivity is still not good enough for a decent web browsing experience.

A typical EDGE data rate ranges between 400 kbps and 1Mbps. While it can definitely load web pages decently well, the wait time is often excruciating slow due to network and other stuff happening in the background.

Mobile internet started its maturity with the introduction of this GSM standard-based, Universal Mobile Telecommunications System or 3G. Although the slowest data rate for a 3G may dip lower to that of EDGE at 384kbps, an ideal 3G connection can also be as fast as 42Mbps.

With the ideal speed of 3G, browsing the internet is smooth which also allows for music and video streaming, as well as downloading and uploading.

While HSPA may sound good in paper, it is later more advanced form which make it an altogether better choice against 3G in the form of HSDPA or High-Speed Downlink Packet Access. At the most favorable condition, an HSDPA can provide a fast 99 Mbps download speed.

As a kind of 3G connectivity, WDCMA is not necessarily a unique technology of its own. But due to its wide adoption, it is worth noting that this technology does exists. It stands for Wide-band Code-Division Multiple Access.

The industry did not stop at improving the mobile technology even with the benefits founded in HSPA which consequently resulted to its better version, the Enhanced HSPA or H+.

In many places where the reigning mobile technology is absent, 4G which will be discussed later, Enhanced HSPA makes for as a common substitute. The technology can provide an uplink of up to 22Mbit/s while downlink can go as far as 42.2Mbit/s.

Previously, I had mentioned that we are already in the fourth generation of mobile technology, aptly called 4G or LTE (Long Term Evolution). This is very much true given how long had we were in with this technology for a while as possibly more evidenced with the looming of the 5G mobile connectivity.

But while the fifth generation may still be sometime off before fruition, the 4G is worth paying attention for its relative conveniences, paramount to previous technologies before it.

In present standards, the LTE is the epitome is fast internet connectivity with a mobile device. You would know you are having this type of connection when you have 4G appearing around your device’s bar signal and possibly more evident when you are having seamless browsing on the internet, very fast download speed, and uninterrupted movie streaming at high quality.

The next generation of mobile internet will be called as 5G. Companies are not yet ready to launch their network right now, but they are set to reveal and make a test run starting next year. Smartphones which will support the upcoming mobile internet connectivity are in the works as well, with launches scheduled to happen in the latter part of 2019 and early 2020.

Once the 5G network launches across the world in the next two years, average download speeds of around 1Gbps or more is expected as the network is capable of handling up to 20 gigabits per second.