USB flash drives are a handy piece of device which we often use to transfer files from one computer to another, essentially as a far better version of the easily-corrupted floppy disks. For others, it makes for a cheaper option for storage of important data.

But did you know that this tiny device has more functionality than how we typically use it for? In fact, there are tons of things you can do with a USB stick aside from being just a storage space.

Use it as a “key” to lock and unlock your computer

Using a portable memory storage such as a USB flash drive as a kind of key to lock and unlock a computer may seem farfetched as far as typical habit towards this kind of device goes. It may even seem outlandish for some or otherwise a curiosity to others. But, believe it or not, a USB flash drive can indeed be used as an access medium to your computer if configured to do so.

By default, Windows does not necessarily support this feature which suggests that, in order to enjoy the same functionality, a third-party software is needed for it. As it appears, that is indeed the case and the application is called “Predator.”

The idea behind this program is simple. When you leave your workspace—say, going for lunch or a bathroom break—you just unplug your USB flash drive and the computer locks everyone out until the same device is plugged in it again. But like a key that is unique to a particular lock, the computer only responds to the same USB flash drive it recognizes.

You would know that the lock had kicked in when the opened windows you left were minimized and the display fades into black. Just simply re-insert your USB flash drive and everything goes back to normal again.

Connect to a wireless network

Having to establish new connection with your existing network can be a pain at times that you would wished that there is a way to simplify things, but not necessarily making your network compromised by illicit users by disabling its password. Luckily, there is a way to circumvent this problem and it only takes a spare USB flash drive for it.

How? By using your USB flash drive as a storage of the information of your available network.

Through this method, establishing internet connections to any USB-applicable device—such as a laptop, desktop, or even an Xbox console—is as simple as importing the data in your USB flash drive when connecting to a particular network.

Interested in how it the exporting of the data works?

To do so, simply click on the “wireless icon” on your computer’s system tray, right-click on the network where it’s actively connected to, and select “Properties.”

Making the importation of the network’s profile easy for the average users, the process automatically creates an executable file which automates the process of setting up a new network configuration in another computer. 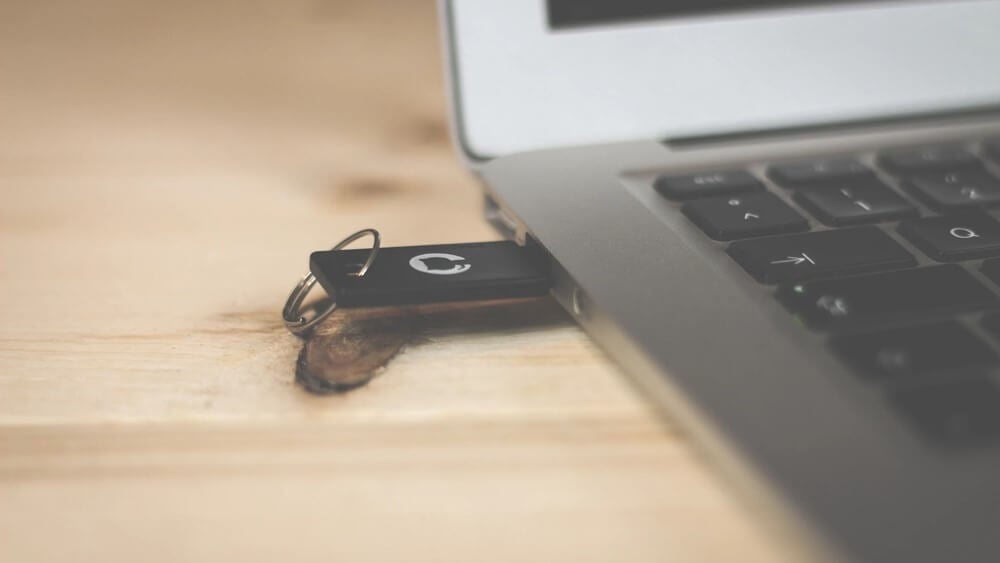 We all love a computer which is fast enough to handle the things we do with it. But when your computer seems bogged down and could use a little performance boost to make its usage more convenient and enjoyable, it only takes the right software and a dedicated USB flash drive to do it for you. See, with ReadyBoost and a USB flash drive, the notion is indeed possible.

Basically, with ReadyBoost being an intermediator to it all, it facilitates the use of the USB flash drive’s available memory and use it as a repository for data which the computer uses to process a function. If anything, this implies that your USB flash drive can help the computer in some of its workload and therefore making its general task smoother.

However, realistically-speaking, do not expect much bump in your computer’s performance following this route. After all, hacks like this do not necessarily supersede the value of better performing hardware in having a faster and better computer. It is also worth-noting that this method is ideal only to users who make use of the HDD and not SSD, given the latter’s better performance.

If you are keen in checking this out for yourself. Here’s how you can enable ReadyBoost:

At the Windows explorer, right-click on the USB flash drive, select properties, and switch to the “ReadyBoost” tab.

In this tab, you will be presented with three options: to “do not use this device,” to “dedicate this device for ReadyBoost,” and to “use this device.” Intuitively, choosing the first option is synonymous to rejecting the idea of using ReadyBoost with your flash drive, while the second gives the permission to use it at its full capacity and the latter being only a partition of it.

Do note, however, that the “ReadyBoost” feature is not applicable to all flash drives which it will show by graying out your options. Aside from having a USB flash drive at the right optimum speed, it must also be at least 256GB in capacity to be used.

As a portable server

When you think of servers, you might think of workstations that actively process an influx and influx of information. But thanks to the application “Server2Go,” even a removable USB flash drive can now play the role of a portable server—at least, its launch pad.

Use it to manage other USB flash drives

Although this is a feature no longer seen in today’s computer which runs on Windows 7 or later, but back in the Windows XP days, a USB flash drive can actually be used as tool to manage other flash drives that are connected to a computer. From copying files from one source to a repository, setting a backup and doing a restore, etc., it all happens through a single USB flash drive.