The Acer Predator 21 X may look really bad ass, but that’s because it’s probably the laptop to beat out there. It’s got powerful specs inside and a flashy design on the outside to complement its gaming-centered approach.

It’s powered by the latest 7th generation Kaby Lake Intel Core i7-7820HK processor together with two GeForce GTX 1080 GPUs in SLI running side by side. Now this configuration seems really good for a 4k screen, right? Yes, but Acer decided to cut the cost down a little bit here. The Predator 21 X only has 2560 x 1080 pixel resolution on its 21-inch display that has G-Sync and 120Hz refresh rate support. Anyway, in case you feel like hooking it up to a 4k display, you can easily do so. The company calls it as the “world’s first notebook with a curved screen.” 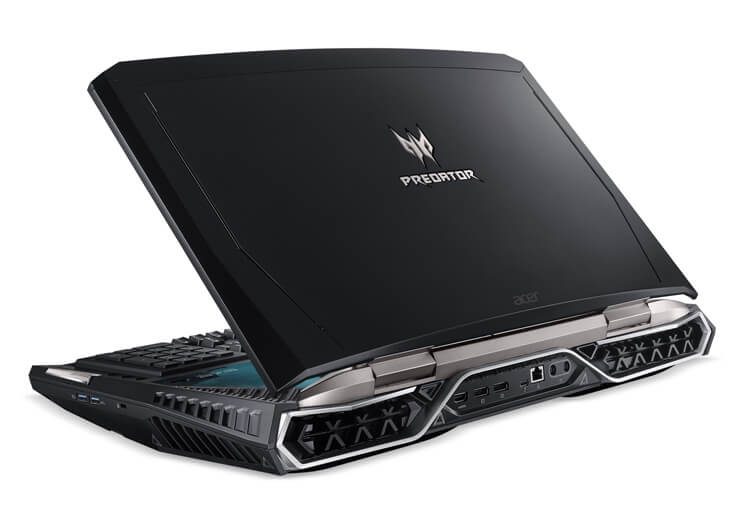 Moving forward, there’s an enormous 64GB of RAM which is definitely an overkill whatever game or software you’re using. It can be equipped with up to four (4) 512GB solid state drives (SSD) in RAID 0 setup. An additional 1TB HDD is also available for storing files like images, songs, and videos.

The keyboard of the Acer Predator 21 X is fully mechanical with Cherry MX Brown key switches and individual key backlighting. There’s a three-way audio design setup as well, and an optional numeric keypad which doubles as a touchpad when flipped.

Acer Predator 21 X is priced at a hefty amount of $8,999 and it will be available starting February.

Any gamer out there would definitely love to have a powerful laptop like the Acer Predator 21 X, but most gamers I know are not willing to shell out this much money for a notebook. They’d rather build a monster PC with significantly better specs at a more affordable price and be done with it. After all, who would bring this heavy gaming laptop everywhere?