The Nintendo Switch is a new portable gaming device which looks like a sophisticated handheld like the Game Boy and the PlayStation Vita.

The Nintendo Switch is designed to be a powerful gaming system that you can carry around and enjoy, even while in transit. It has a kickstand that pops out and wireless motion controllers that are easily detachable. The new device looks somewhat similar in concept with the Nintendo Wii but definitedly with a trimmed down build.

Since it was first announced in October, Nintendo has been silent about the release date, availability and price details of the Switch. But thankfully, the company has revealed this January that the gaming device is hitting store shelves in March. It’s currently available for pre-order for a price of $300 (£280 or AU$470).

Before the Nintendo Switch arrives, here’s all you need to know about the gadget.

The Nintendo Switch is a modular gaming system which can play its games via a handheld tablet display or when connected to a TV. It comes with a 6.2-inch screen inside the box which has its own kickstand that can be propped up when needed. The device features detachable controllers which works like the famous Wii remote motion controllers but with lot more sophistication. 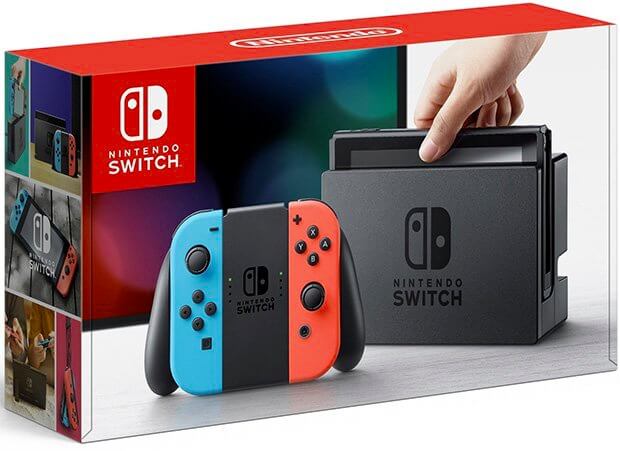 The portable gaming device is said to pack a battery that’s estimated to be able to deliver between two and half hours to six and half hours of play time on a full charge, depending on the game being played. That might not be much, but the device comes with a standard USB Type-C phone charger cable so you can top up from any source, be it a power supply or power bank.

The gadget is made up of a dock where the tablet is slotted into when you wish to play from the TV and it goes into a TV-connected mode while inside the dock. When the tablet is removed from the dock, games can be played directly from the tablet itself. While being displayed on the TV screen, the Nintendo Switch can output images at a resolution of 1920 x 1080 pixels (Full HD), even though it comes with just an HD display (1280 x 720 pixels) on the tablet screen. 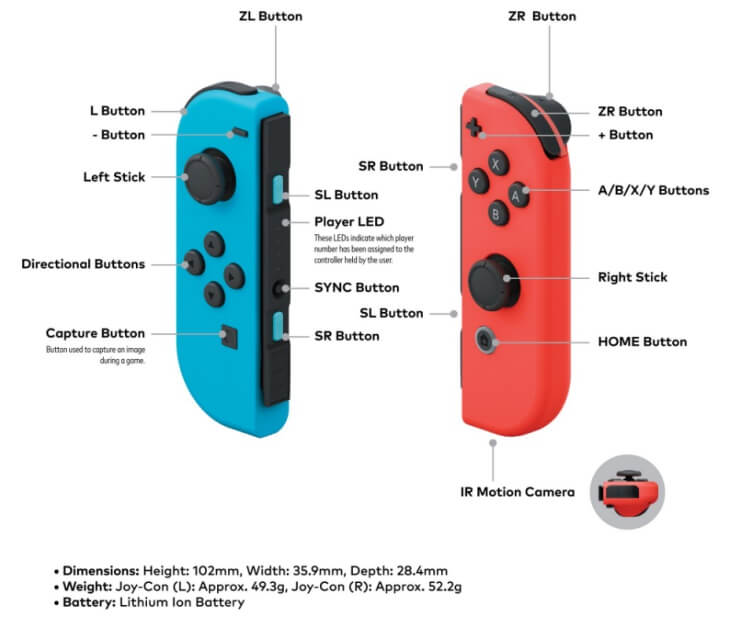 Now to the controllers, the Nintendo Switch comes with two Joy-Con side pieces which slides into the edges of the tablet while in tablet mode, giving the liberty of using four buttons and an analog stick on both the left and right side. However, they can be slid off from the side of the tablet and coupled to the Joy-Con Grip to become a standalone game controller. There is also a Joy Con Strap that lets users attach them to their hands like a boxing glove. The controllers come with their own charging ports using the USB cable.

The Joy-Con controllers can be used as one single controller or detached and shared as two controllers used by two players. They have haptic feedback, the right one has a built-in NFC pad to detect Amiibo and other connected toys, while the left one has an infrared sensor for motion detection. The controllers are also fitted with a “Capture” button for capturing screenshots which can be shared on social media. There is also Wi-Fi support onboard.

The Nintendo Switch also comes with a cartridge slot, micro SD slot, an AC adapter and HDMI cable that gets connected to the TV set. There are a variety of color options for the Joy Con available, all for the same $300 price tag.

Nintendo Switch price and availability in the Philippines

The new Nintendo Switch gaming console is available in select stores like DataBlitz and Game Extreme for around Php25,000. You can also buy it online at Lazada for a cheaper price of approximately Php20,000.