Have you always wanted to upgrade your low-end smartphone so you can finally play popular mobile games? Then you might want to check out the new Realme 5i.

We already know that it’s a great bang-for-the-buck smartphone, as we found out in our full review. But here in our Realme 5i gaming review, we’re taking a closer look at the processor’s gaming prowess. Oh, and if you don’t like reading, you can hit play on the video below instead.

Before proceeding, let’s first see what we’re dealing with here. The realme 5i is powered by a Qualcomm Snapdragon 665 octa-core processor with an Adreno 610 GPU.

As per Realme Philippines, the one that will be available in the country is the 3GB/64GB model. However, the review unit they sent us is the 4GB/64GB model. It’s not clear if this variant will be available on the market soon. But since games mostly rely on processing and graphics performance, the difference in RAM shouldn’t be a big issue in this test. 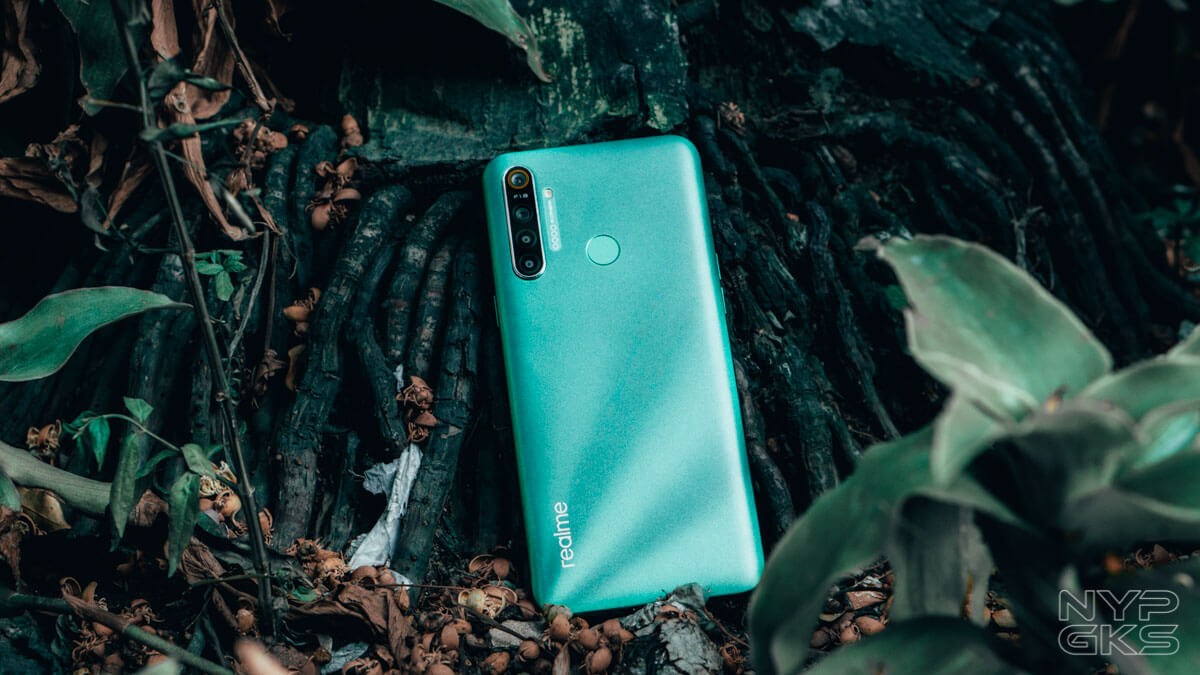 We’re expecting to squeeze more performance out of its processor thanks to its low-resolution HD+ screen. The display has a large 6.5-inch size giving more space for on-screen controls without blocking the view.

We also have a large 5,000mAh battery that lets you have long gaming sessions with the Realme 5i. 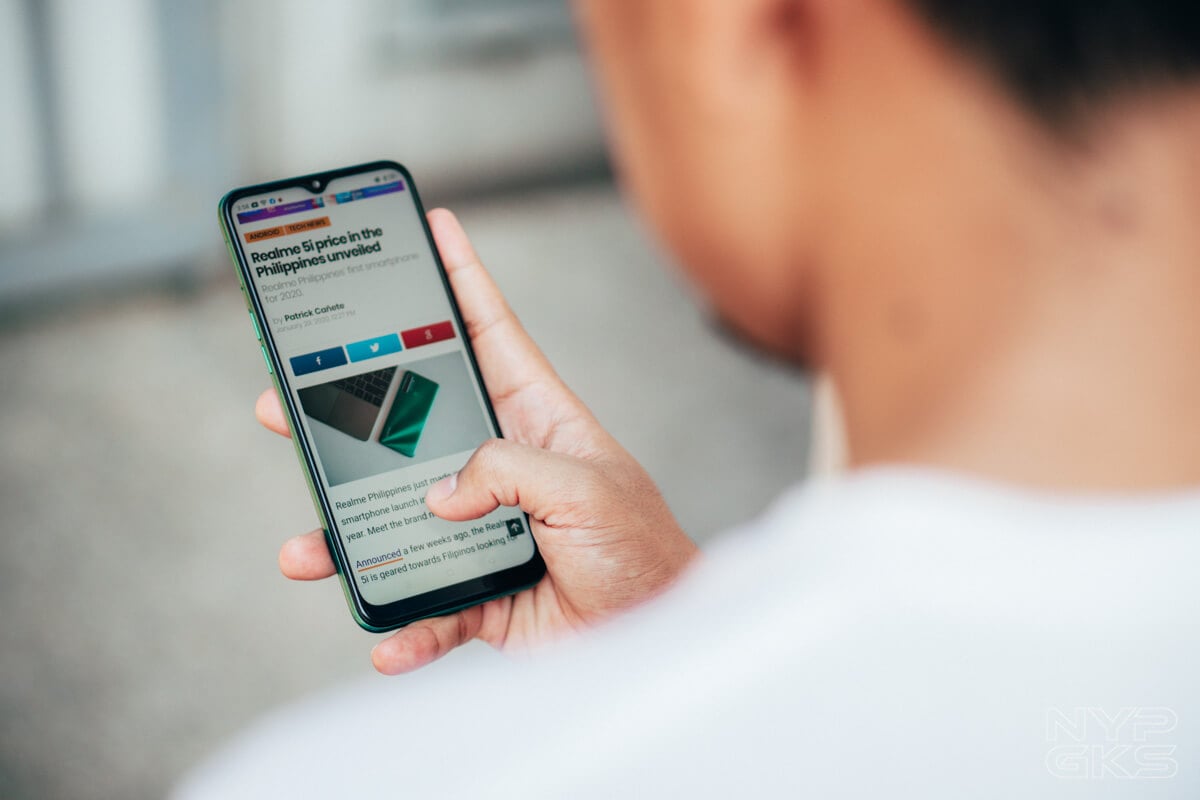 Now that we have the hardware out of the way, let’s get started!

Bear in mind that we ran these tests under Performance Mode to get the most out of the Realme 5i’s processor. We also used Gamebench to capture the average frame rate and FPS stability, while we play each game for at least ten minutes.

Mobile Legends on Realme 5i

Let’s start with one of the most popular games in the industry, the Mobile Legends: Bang Bang. Ironically, despite being the leading competitive game in the market, Mobile Legends is actually the least resource-hungry game in this test.

As you can see, we were able to run the game at High Graphics settings. Although the game automatically disabled the Outlines, Shadow, and Colorblind filter when we initially opened it.

With that, it’s no surprise that Gamebench was able to record 60fps of average frame rate at 93% stability. That’s the highest frame rate that the display supports.

So, if you’re one of those who spend hours playing this game, the Realme 5i will serve you well.

Call of Duty Mobile on Realme 5i

Call of Duty easily dethroned PUBG Mobile as the most popular shooting game in the mobile industry. That’s thanks to its exciting gameplay experience and, of course, optimized graphics.

That’s why we were able to run the game at High Graphics quality, with the Frame Rates set to High, the Graphics Style set at Realistic, with Real-Time Shadows enabled.

However, the depth of field, ragdoll effect, and anti-aliasing were turned off by the game automatically.

Under these impressive game settings, we were able to get an average frame rate of 52fps with 86% stability. In translation, the game ran smoothly with no visible frame drops.

Basketball fans don’t need to have an expensive console or gaming PC to play the latest NBA 2K20. Its mobile version is almost as good and a great way to past time or get addicted too.

Here are the graphics settings the game automatically set upon boot: We have the Stadium, Player, and Sideline Quality at Medium; Reflection and Shadow at Low; Player and Sideline at Medium; Uniform at Ultra High; while the Depth of Field is turned off.

Under those settings, the NBA 2K20 achieved the maximum average frame rate at 60fps with 93% stability.

This shall give you enough room to increase the graphics settings and still get playable frame rates.

Asphalt 9 on Realme 5i

Ironically, the most power-hungry game in this test is the least popular one. Not a lot of people might play Asphalt 9, but its fast-action nature will really see how far the processor can go.

Unlike the other games, you cannot fine-tune the graphics settings on the Asphalt 9. You’re only given the option to switch between Performance, High Quality, and the pre-applied setting, Default.

The scores we got were unsurprising. The game ran at an average frame rate of 23fps with disappointing stability of 44%.

In translation, the game was playable, albeit with a lot of noticeable frame drops, especially when you crash on to something or explosions happen. 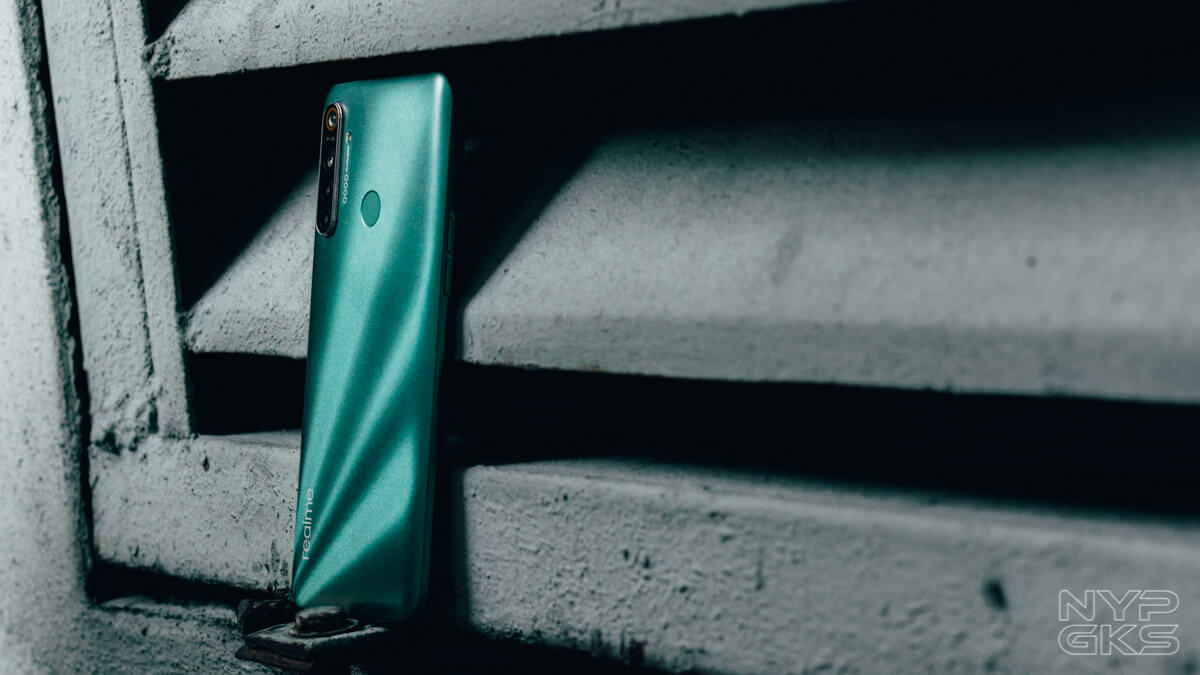 Still, there’s no denying that the Realme 5i is a gaming machine for its price. The device was able to handle the majority of the games that we ran on it.

For only Php6,990, not only you’re getting a powerful device, but also a smartphone with a large display, capable cameras, and big battery.