The Last of Us 2 presentation started with a performance from composer Gustavo Santaolalla. For those unaware, Gustavo is an Academy award-winning composer behind the music of the first Last of Us game. After his performance, the lights dimmed and the new trailer was played.

The new gameplay footage of one of the most anticipated games this year started with Ellie standing at a party. As she watches other people dance; a girl, presumably her lover, grabs her hand and dances with her. The girl then leaned in and kissed Ellie to the shock and delight to some of the press conference attendees.

The memorable kiss quickly turned into a different scene. The tender and sweet moment turned dark. Ellie is now seen to be killing a man by the neck. This is where the trailer jumps into actual gameplay.

As expected, the stealth mechanics that made the first game really enjoyable is back and improved in the sequel. New refined combat mechanics were also showcased as Ellie tries to fight her attackers using never before seen melee moves.

The Last of Us 2 trailer went along with Ellie trying to survive countless attacks from the savages until she reaches a store where she’s outnumbered three to one. Since we all know Ellie is a badass, she was able to kill the three men. After brutally murdering the last enemy, the trailer quickly went back to the church continuing on the moment where Ellie and the girl kissed and ended there. 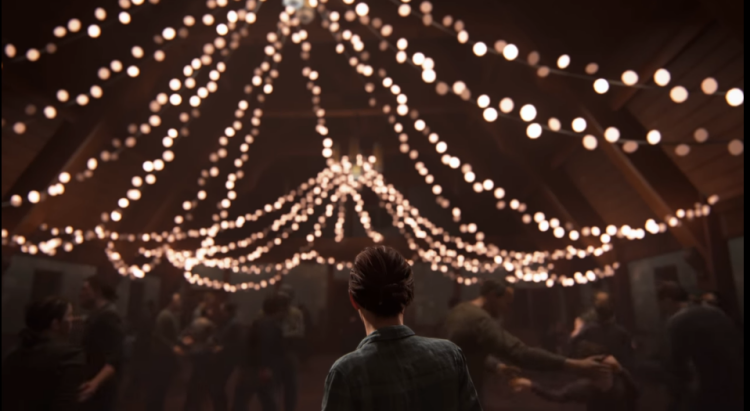 I, for one, was really disappointed when Joel wasn’t shown in the trailer. Although, we do get a reference to him when a guy was talking with Ellie at the start and referenced him as “your old man”.

There are lofty expectations placed on the game and judging from the new gameplay trailer released, it looks like the Last of Us Part 2 is on track to meet them. The Last of Us 2 release date is scheduled n 2019.