OPPO is back at it again with a big upgrade to selfie lineup. Meet the OPPO F3 Plus.

I’m quite not sure why the company skipped the F2 branding and went with the “3” title straight from the OPPO F1 Plus. Perhpas it’s because of the two cameras in front? Anyway, it’s more like what Samsung did with the Galaxy Note 7, but I’m pretty sure this thing will blow my mind, just like what the Note 7 did (No, not literally.).

The OPPO F3 Plus is the company’s latest flagship, and it looks like it has a lot to offer. But before we do a full review on this thing, let’s first take a look at what’s new with this device. We’ll be also looking at what’s coming with it inside the box. Let’s start!

The look of the box that houses this brand new smartphone is just like every other device that came before it. All white, branding on the side, with the image of the device right in front. All these aesthetic touches are printed on a cardboard that wraps around the actual box. Sliding it out reveals the actual packaging with only a printed OPPO logo in front. 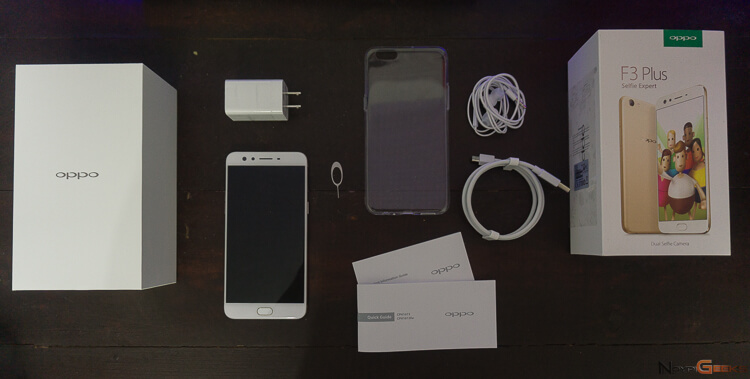 Opening the box reveals the OPPO F3 Plus itself. Digging further inside reveals a SIM tray ejection tool that is molded into the shape of O in OPPO’s logo. There’s a packet that houses the quick start guide, important information guide and an included clear protector case made from silicone.

And beneath of them all, we see the cutouts for the microUSB cable with green accents on the actual connector. We also have the included headphones, pairs of ear tip replacements with different sizes, and a 4A wall adapter for VOOC fast charging.

There hasn’t been a lot of design changes with the OPPO F3 Plus when compared to the older models like the OPPO F1s. The iPhone-ish look is still there. At first glance, it looks like an iPhone 6s Plus because of how the front of the device looks, and also because of its large 6-inch display. And speaking of that enormous design, this thing really feels huge in the hands. It also has some noticeable weight to it, but quite acceptable considering how large this phablet is. 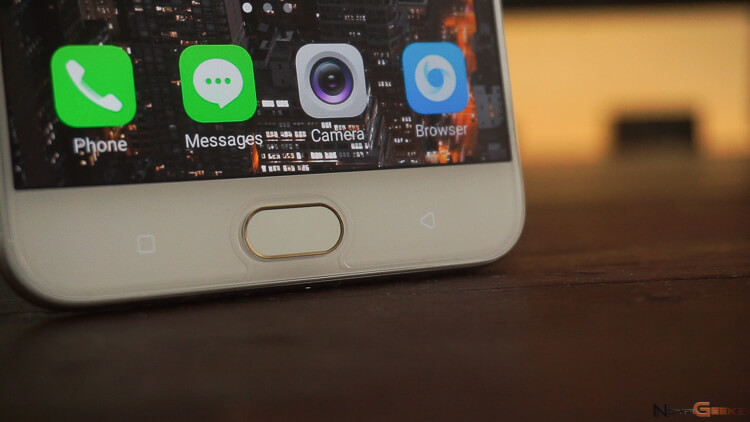 Probably the most noticeable design change on board the OPPO F3 Plus are the antenna bands at the back. The bold and screaming radio antennas from before, which is also one of the main reasons why OPPO devices looked very much like the iPhone, is now gone. They have redesigned it and they now call it as “Ultra-fine Six-String Antenna Lines”.  Whether this is just an aesthetic upgrade or it actually improves signal strength is yet to be figured out. We’ll observe further once I’m able to run my full test on this device. 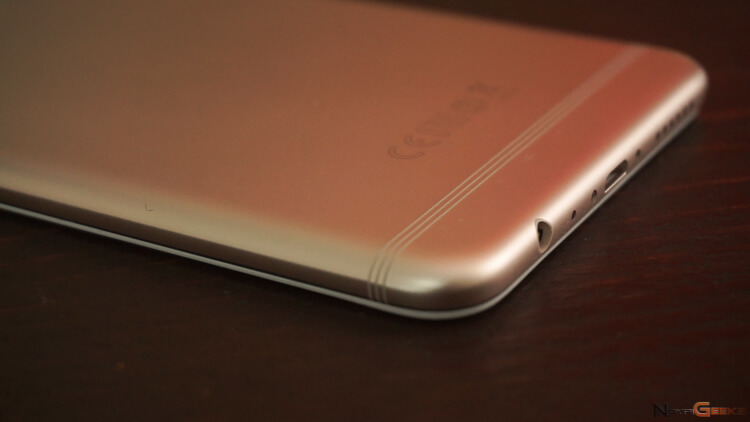 Also, another big change here in the OPPO F3 Plus is in the home button/fingerprint scanner. The hardware works just like the iPhone 7’s, but without the impressive haptic feedback. I actually find it more convenient to use – it feels like I am now just pressing a capacitive button, which means that there’s no force needed to press to activate the button. 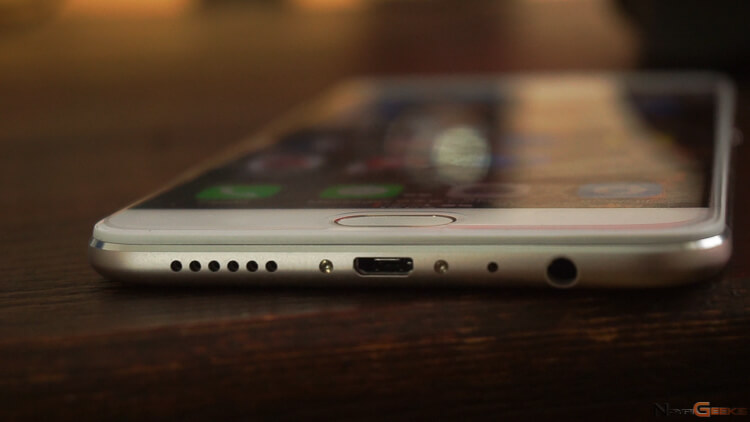 And let us not forget the superstar feature of this new device, the Dual Selfie Camera. Instead of having two primary cameras that most devices have, OPPO, as a selfiephone manufacturer that they are, opted to have the dual camera technology in the front. This thing has two 16-megapixel shooters for selfies.

The first one has a standard lens, while the other one has a wide-angle field-of-view of up to 120°. Quality wise, the images looks bright and sharp. You can switch between two cameras with the button from the camera app. The wide-angle mode can definitely fit a lot of subjects in one frame, perfect for groupfies.

Having two cameras pointing in the same direction also gives the device the ability to have a “Bokeh” feature, which can basically isolate the subject by aggressively blurring the background. This feature is similar to the iPhone 7 Plus and other dual camera smartphones.

We also have an ultra-fast VOOC charging, a high-resolution, 1080p panel, and a large 400mAh battery. More on this feature and how they perform in our full review. There’s also a 1.9GHz Qualcomm Snapdragon 652 octa-core processor backed by 4GB of RAM. The chipset’s performance in real-world scenarios are yet to be tested, but for now, checkout below the benchmark tests results that I have initially gathered.

Well, that’s it for now. The OPPO F3 Plus is priced at Php23,990 and will be available starting April 1. Pre-order starts tomorrow, March 24. Please stay tuned so you don’t miss our full review of the OPPO F3 Plus when it comes out.