Back in the day, putting a signature on a PDF file was not a simple and straightforward process. Where in real life it is something we could just easily do with a pen in hand and a document to sign to, the digital method was not as direct or a streamlined process.

In those “primitive” days of digital technology, the process of placing a signature to a PDF file would entail you having to print out the document and sign it manually by hand and then scan the signed document again to be replicated as a softcopy. But if you are creative enough, another working method was to simply make a digital copy of just the signature itself which will be pasted over the document.

If, at some point in your life, you had been one of those remote applicants who had to sign a contract digitally from the comforts of your own abode, you would know first-hand what the struggle is like.

This is not to say that the procedure itself is hard as, for the most part, they’re mostly only inefficient and tedious. But, at the worst-case scenario, the methodology may also border on “impossible,” especially if you are ill-equipped about the process. For instance, lacking the needed scanner to make a softcopy out of a hardcopy material or the printer for the opposite is very much not an ideal condition to sign a document, following the old method.

Although the premise of the article has been the case for a while, it may not necessarily be the same case today thanks to the presence of the mobile platform, Android.

See also: Speed up your internet and protect your privacy with 1.1.1.1 Cloudflare DNS

Given the relative importance of putting signature to any document with ease, there is not only a single app that offers this nifty feature with the Android platform. Although the free version does offer the basic functionality to sign a document, it is not without its own caveat as a free-to-use application. For instance, other convenient features such as making encryptions, having audit trails, and importing pre-existing signature images may be absent in the free app. 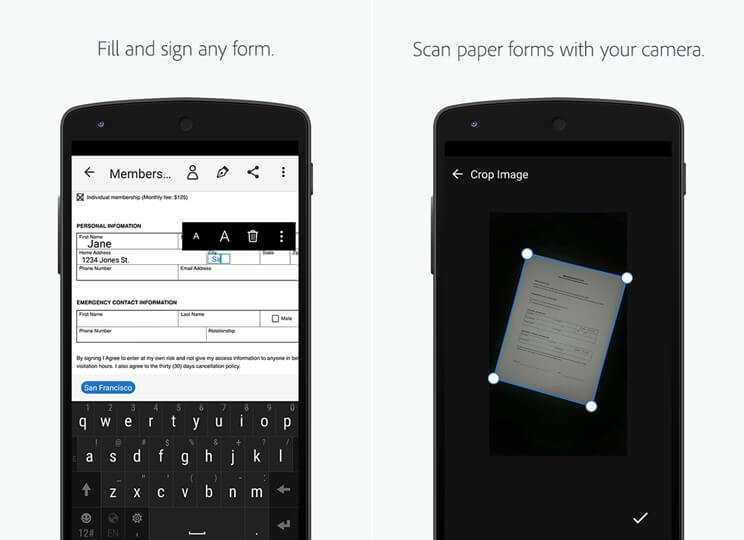 If you are looking for arguably the best free solution to signing a document with your own signature, no Android application suits this description best than Adobe’s own digital product. Although the Adobe Fill & Sign’s ability to allow users to attach to their own handwritten signature is not necessarily exclusive with the mobile app—recent iterations of the Adobe Reader also has it for PC—it is certainly a handful given the Android device’s touchscreen capability.

But one major perk of this mobile application is its ability to handle multiple PDF files which makes the signing of documents as easy as a few taps.

The usage of the app may require some getting used to at first, especially for those who have not yet encounter a similar procedure from another platform. But, like anything else that is new to us, the difficulty only starts at the beginning which only slowly wanes with frequent use.

Yet, as amazing as this app is, it is not necessarily perfect. It also has its drawbacks: 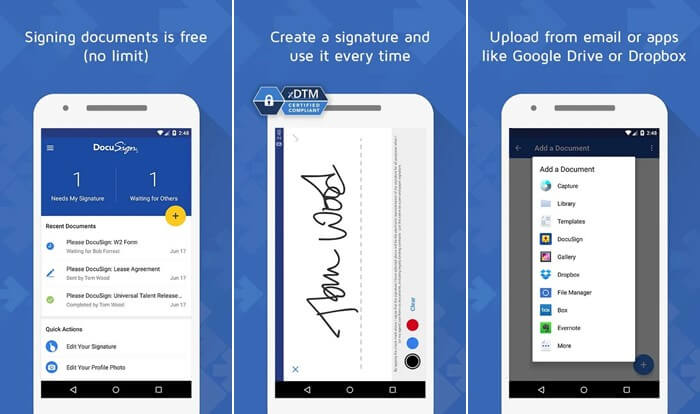 One good reason why people should opt for a paid app when it comes to signing their documents using their mobile device is that it gives the benefits of the money you pay for. Particularly for a paid service such as DocuSign, what you get is an unlimited free signing to as many documents you have as possible, among others.

If you work in the office which requires you to sign documents digitally as part of the job, the ability to do the work with your mobile phone truly is a perk. Furthermore, another major benefit of using DocuSign is its ability to making signing order and workflow involving other signers, whether in-person or remotely.

Understanding the sensitivity of digital signatures, the paid app protects its users’ sensitive data by preventing the app from getting screenshots, therefore making it hard for illicit users to get their hands on a snapshot of your sig.

But one major strength a paid app, DocuSign, has over the free app like Adobe is its security features such as the ability to encrypt documents to prevent unwanted access from strangers and make audit trails so as to monitor the activities of your own personal account. 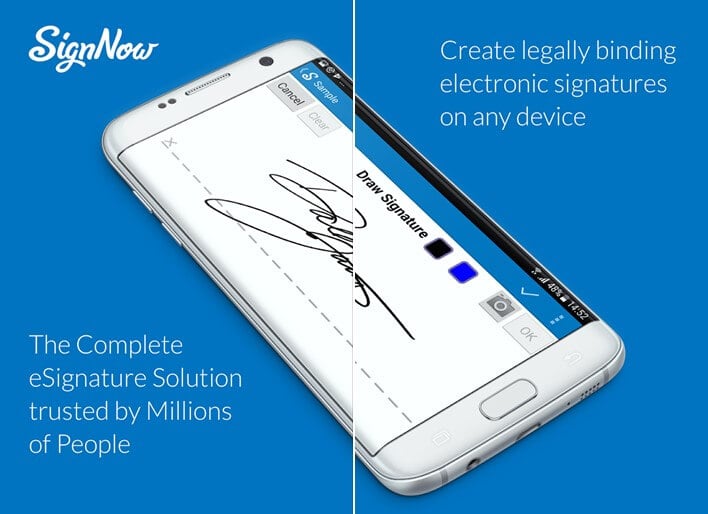 If you are looking for the next best, if not equal, alternative paid application similar to DocuSign, then look no further than SignNow.

At only $5 per month, you would get all the benefits found in the app of its kind as a single user. But if you feel like getting more features than what the individual user can give, paying extra $10—or $15—per month for the team edition would offer added conveniences not found in the individual edition.

With “team” as the motif, the team edition takes advantage of features meant for multiple signers such as being able to assign roles to different persons in the work group and be able to share templates.

On the other hand, if you are still unsure as to whether proceed with the paid subscription for the app or not, there is always the free trial version which gives you real-life experience of what to expect from the app.

As a paid service application, SignNow features the following perks/benefits: