Apple’s worst-kept secret ever has finally landed. The iPad Mini was Apple’s answer to the huge success of Amazon Kindle Fire and Google Nexus 7 and to the emerging mid-range tablet market. It has the same resolution and ratio as the iPad 2 so the apps and games will run just fine because it doesn’t need to be resized. 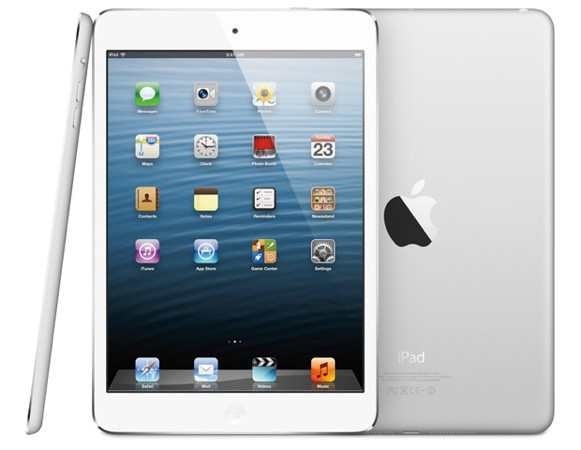 The actual announcement was done yesterday at 1:00AM (Philippine time) and tons of tech geeks stayed awake all night just to witness the unveiling of this smaller iPad. It was pitted against the Nexus 7 and they demonstrated iPad Mini’s 0.9-inch advantage over the Asus and Google tablet collaboration which gives an extra 35% display area. Watch this video about the iPad Mini courtesy of Apple.

The iPad Mini is noticeably thin measuring at only 7.2mm and light weight at 0.68 pounds. If you’re expecting that this new iPad Mini will sport the same specifications as the iPad 3, then get ready to read some bad news. The iPad Mini doesn’t possess the “resolutionary” Retina display of the New iPad. However, it inherited the one from the iPad 2 which is not really bad at all.

The processor embedded in is a dual-core A5 unlike the newer chip on the iPhone 5. In terms of battery life, Apple claims that the iPad Mini can last up to 10 hours of usage. Check out the complete specs of iPad Mini below.

The real asset of the iPad Mini against other affordable tablets is its LTE connectivity. However, since LTE is still on the rise in our country, we cannot enjoy the fast connection just yet. The Wi-Fi plus cellular feature will cost you a huge amount of cash though. I’ve listed their US prices together with the direct conversion to peso (multiplied to Php42, without tax and other fees).

iPad Mini Wi-Fi + Cellular
As always, the actual price of iPad Mini in the Philippines will cost a few thousands more. The availability is still unknown but we’re hoping that it will reach our shores before the end of the year.
We’ll update this post as soon as we get more details about the official price and release date of iPad Mini here in our country. For now, that’s all the information we have. Will you buy an Apple iPad Mini?