Apple has unveiled iOS 9, and fans have a lot of features to look forward to when this mobile platform arrives later this year.

Revamped built-in apps. The Newsstand is gone and has been replaced with the News app, which delivers a more personal approach to your news reading. With it, you can view and read news stories that you find most interesting. Meanwhile, the Maps app now provides transit directions and the Wallet app (formerly the Passbook) now accommodates loyalty and rewards cards in addition to store cards and boarding passes.

New app switcher. When you double tap the home button, your recent apps are now piled on top of each other instead of arranged in a side-by-side manner.

Enhanced security. iOS 9 has moved past the four-digit passcodes and requires 6 digits instead. Two-factor authentication is now also available. Because the iPad and iPhone are personal devices, iOS 9 ensures that your habits and personal information aren’t shared with third parties or associated with your Apple ID and other services.

Splitscreen multi-tasking on iPad. You can finally display and use two apps at a time. Videos can also be played a la picture-in-picture. 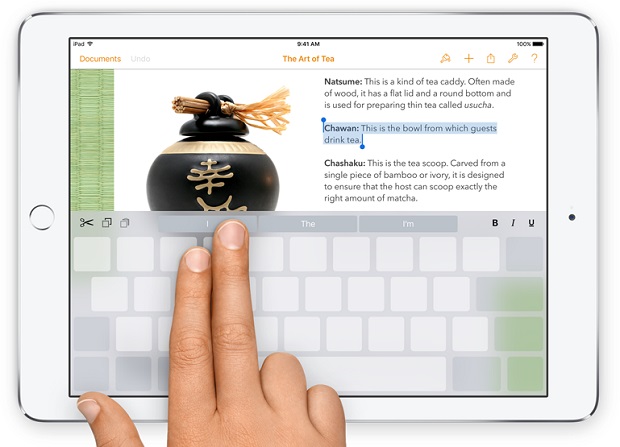 QuickType keyboard. The on-screen keyboard now comes with a new shortcut bar for editing tools. Text selection is made easier now that you can control the selection cursors from anywhere on the screen.

Longer battery life. Apple has made several aspects of the platform more efficient to battery power. Its new Low Power mode promises one hour of extra time before you need to plug in your device.

Smarter Siri. Just as Android M boasts a smarter Google Now, the upcoming iOS 9 also combines the power of Siri and Spotlight to create a new, smarter feature called proactive assistance. Users are prompted with app, contacts, search and other suggestions based on time, location and other contexts. Ask Siri to search for a recipe, for instance, and it may show a recipe within an app and not just from Web results. 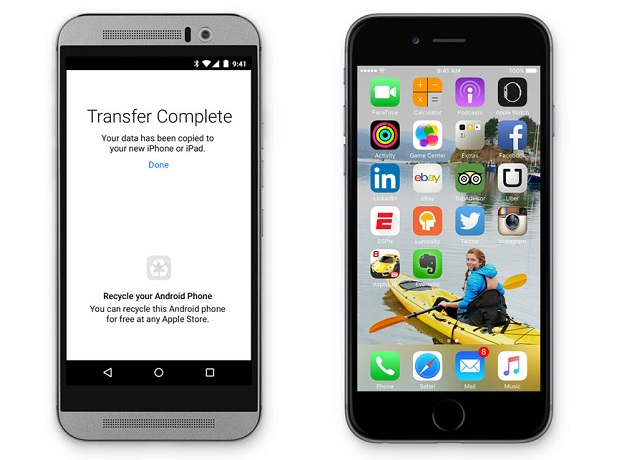 Easier transition from Android to iOS. Apple is making it easier for users to make an Android exodus. The company’s new Move to iOS app transfers every important settings and data, including contacts, messages, multimedia files and many more. All free apps you installed on your Android device are suggested for download in the App Store, whereas the paid apps are added to the iTunes wish list.