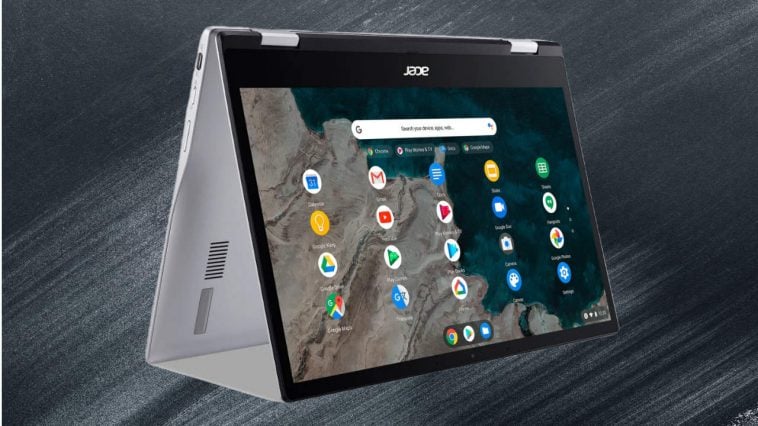 Expanding on its growing list of products that make up its entire portfolio, Acer is releasing a new Chromebook product with an interesting twist—it uses a Snapdragon 7c SoC.

Called the Acer Chromebook Spin 513, the product is the company’s first to adopt a mobile processor—specifically, Qualcomm’s Snapdragon 7c—which is a stray from the usual Intel CPU.

While the core components hardly make for heavy-duty tasks, the Acer Chromebook Spin 513 compensates for having a long-running time at 14 hours, displaying an energy-efficient design when running off of its battery.

Essentially a device with portability in mind, the Acer Chromebook Spin 513 weighs less than 1.2Kg (2.6 pounds). The device’s flexible, 360-degree hinge also enables the use of the Chromebook on four different modes. At 13.3 inches, the portable computer is capable of 1920×1080 resolution display or 1080p.

Other nice inclusions with the design involves I/O such as two USB Type-C 3.2 Gen 1 ports, which can either be used for charging or connecting the device to an external display, and a USB Type-A 3.2 port.

The Acer Chromebook Spin 513 will become available in both the US and Canada beginning February 2021 for USD399.99 and CAD599.99, respectively.