Apple finally unveiled the much-awaited update to the MacBook Pro.

It’s been several years now ever since Apple touched the MacBook Pro line’s design. Only minor tweaks like the addition of a Force Touch trackpad has been the notable changes in quite some time. Some even went as far as saying that the Cupertino giant seemingly forgot the product, but that’s gonna change now.

MacBook Pro 2016 gets a massive redesign, with a heavy focus on the “Touch Bar”. It’s a touch strip with a retina display and multitouch support. It also replaces the current function keys, and it hosts new features.

Phil Schiller describes the metal on the sides of the new MacBook to be “incredibly extreme”.

The touch bar is actually an OLED Retina touch strip. In contrast to what earlier leaks suggests, it does have an Esc key – but it’s now inside of the software instead of a dedicated button. This responds to both gestures and taps, just like a touch screen display. 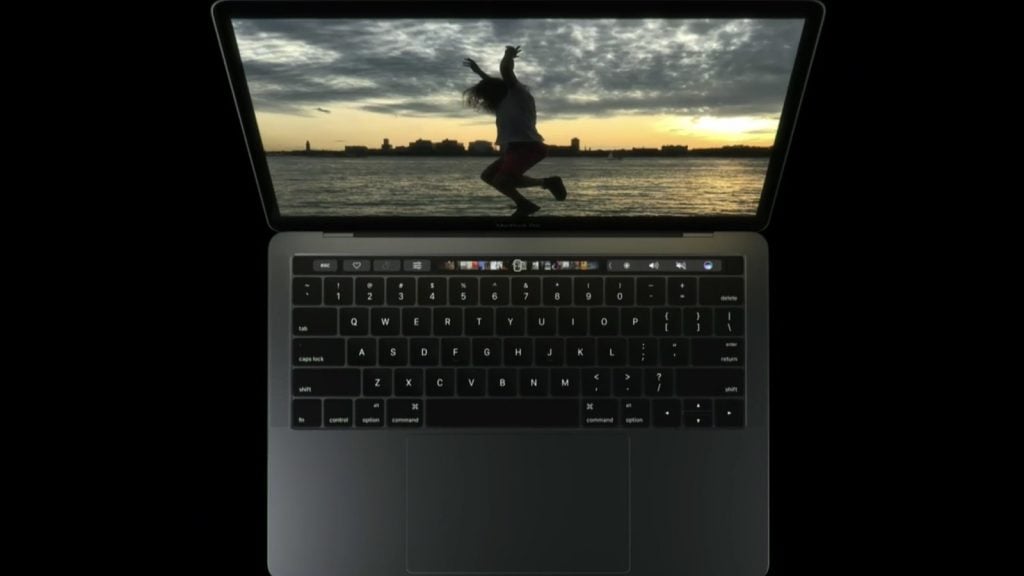 And just like any other Apple product release, this is the thinnest and lightest ever. The 13-inch variant weights only 3 pounds, almost as much as the MacBook Air’s 2.96. It measures 14.9mm at its thickest point, reduced from the former 18mm. Apple claims that the new screen displays up to 25 percent more colors. It’s also up to 67 percent brighter compared to the previous model. Another improvement is a 67 percent better contrast ratio.

The new MacBook Pro 2016 also gets a bigger Force Touch trackpad than its predecessor. In fact, it’s twice as large. The butterfly mechanism keyboard from the MacBook makes its way to the Pro.

The 15-inch MacBook Pro will be running on a quad-core Intel i7 processor and 2,133mHz of RAM. It includes an ATI Radeon Pro graphics with up to 4GB of memory. The SSD storage is up to 50 percent faster, and it’s available for up to 2TB. Meanwhile, the smaller model will be getting either an Intel Core i5 or an i7, also with faster memory speeds. 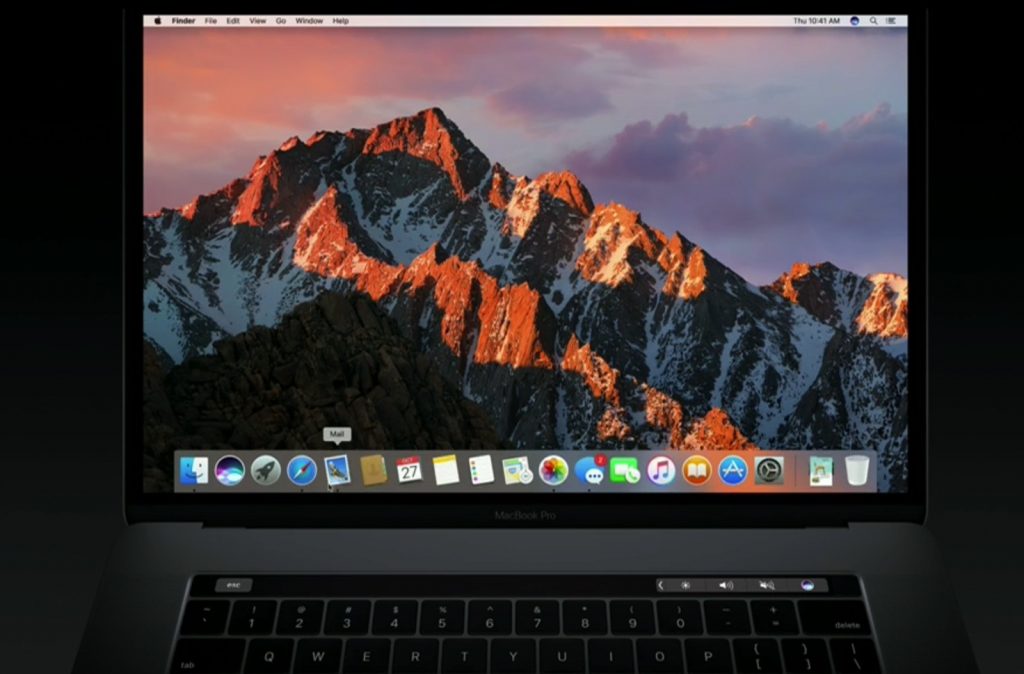 It starts with 8GB of RAM for the base model and 15-inch variant goes up to 16GB.

Apple is ditching other ports and it’s focusing mainly on the four ThunderBolt 3 USB Type-C  ports. Both of them can be used for charging the device. Fortunately, there’s still a 3.5mm headset port here, but other features like the SD card slot didn’t make the cut. 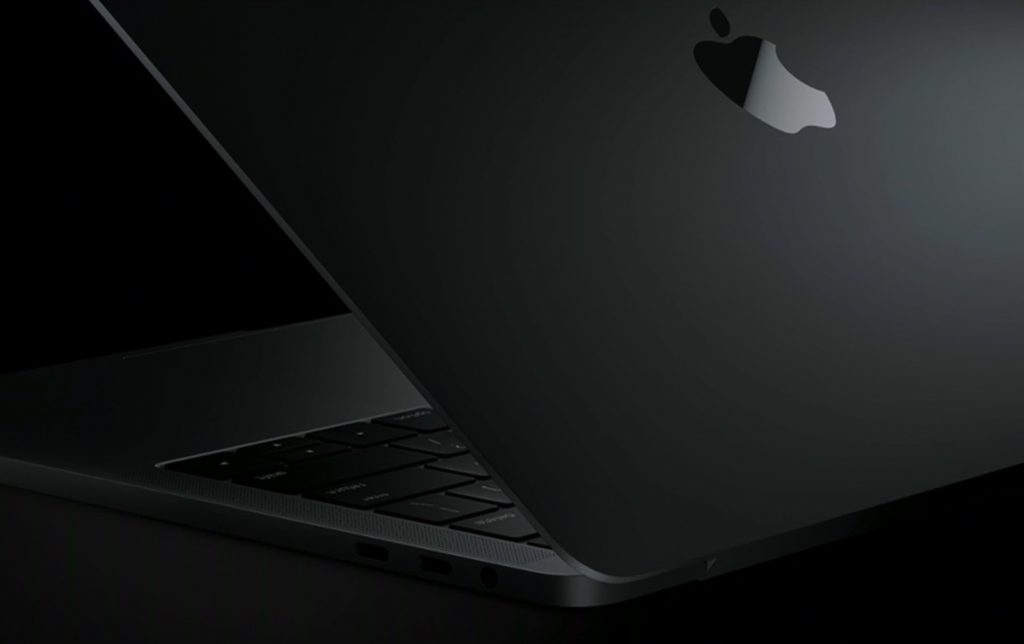 The universal USB Type-C port replaces all the other ports remove namely: DisplayPort, VGA, HDMI, and USB. This also means that the MagSafe power cord is no more, just like in the smaller 12-inch MacBook.

Apple says that battery life is slightly better at “up to 10 hours” compared to last year’s model. 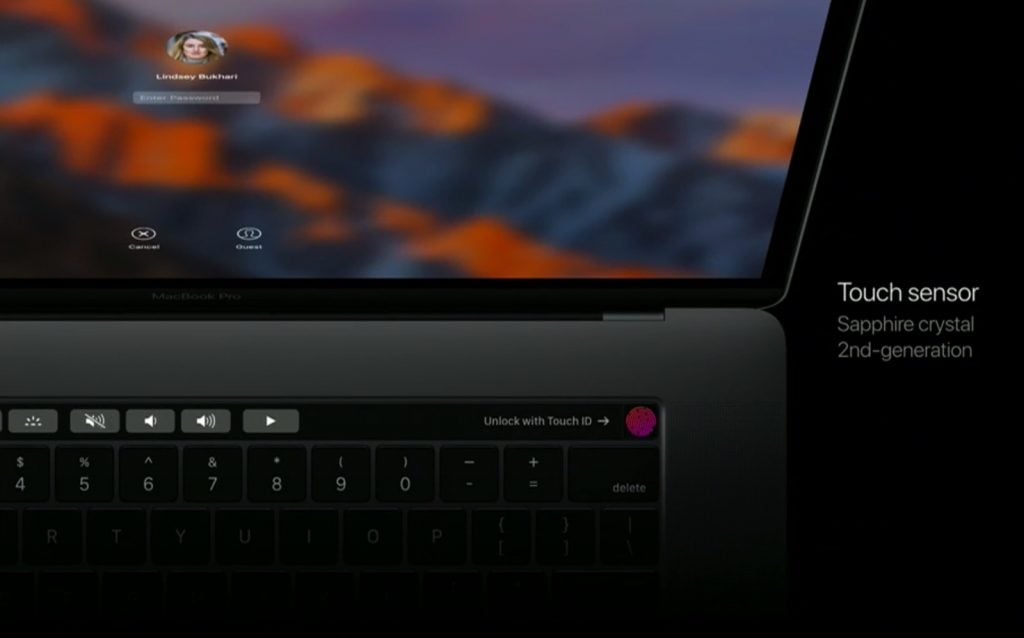 Aside from the new MacBook Pros with the touch bar, Apple is also announcing a “low-end” model without it. It’s meant to replace and kill the MacBook Air.

When compared to the Air, it weighs 13 percent less and it’s 2mm thinner. It only has two ThunderBolt 3 USB-Type C ports and it runs on a less powerful Intel Core i5 chipset. 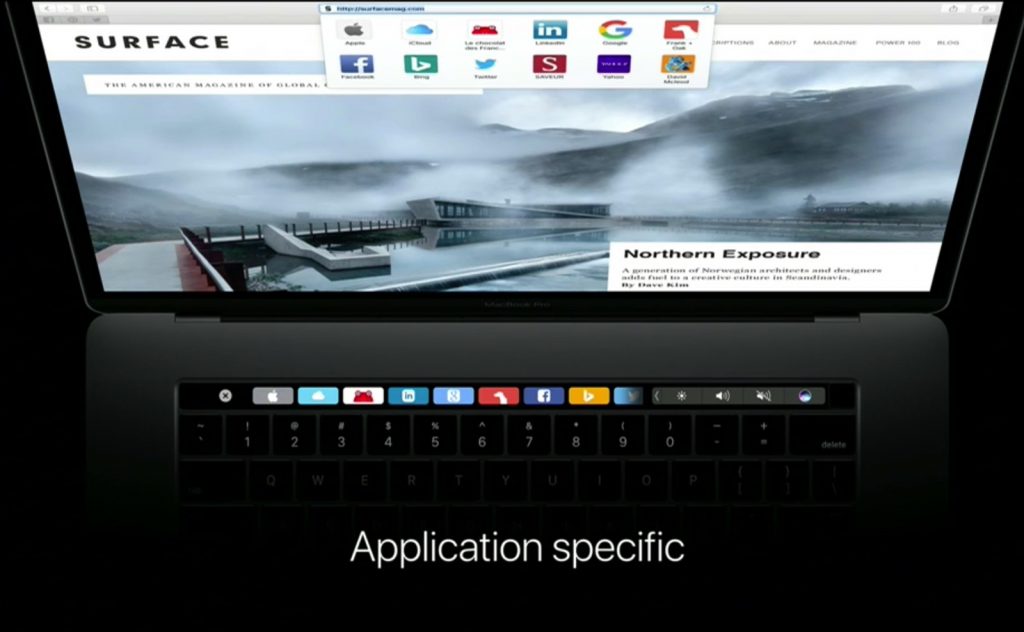 All of them are now available starting today. Only the basic model will be shipping immediately while the touch bar enabled MacBook Pros will be available in the next two to three weeks.