It was just yesterday when Cherry Mobile started teasing an all new Cosmos phone on its Facebook page. Fast forward to a day later and they’ve already revealed the Cherry Mobile Cosmos One, a 5.5 inch octa-core phablet for just Php6,999! Boy, do they move fast! 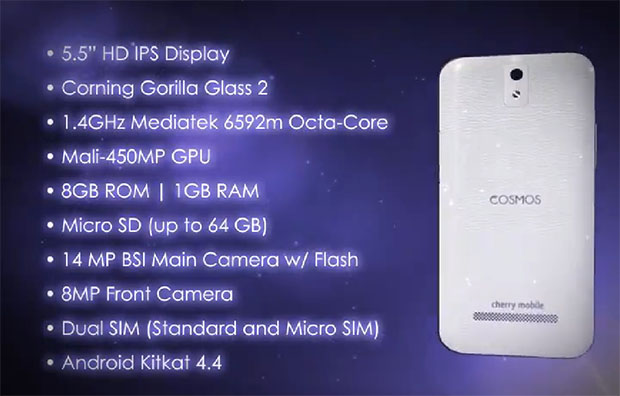 Unfortunately, the Cosmos One will only go on sale for a single day. Why? Because it’s a limited edition smartphone in celebration of Cherry Mobile’s 5th year anniversary! And it will only be available in select concept stores nationwide! 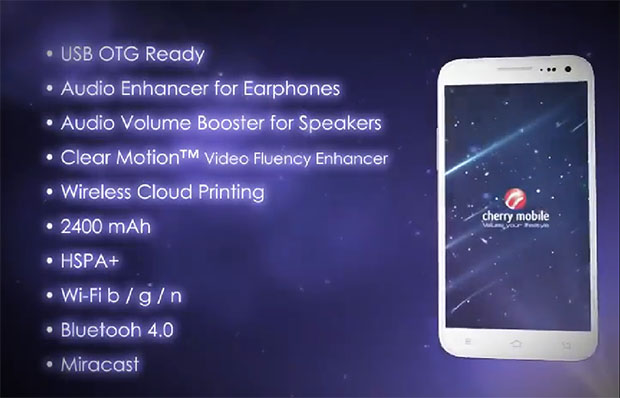 So what are you getting for your moolah should you decide to line up for the Cherry Mobile Cosmos One? You’re getting a 5.5 inch HD IPS display with Gorilla Glass 2 protection. You’re also getting a 1.4GHz octa-core processor by MediaTek along with 1GB RAM and 8GB ROM. Finally, the phone is powered by a 2,500mAh battery and runs KitKat 4.4 out of the box.