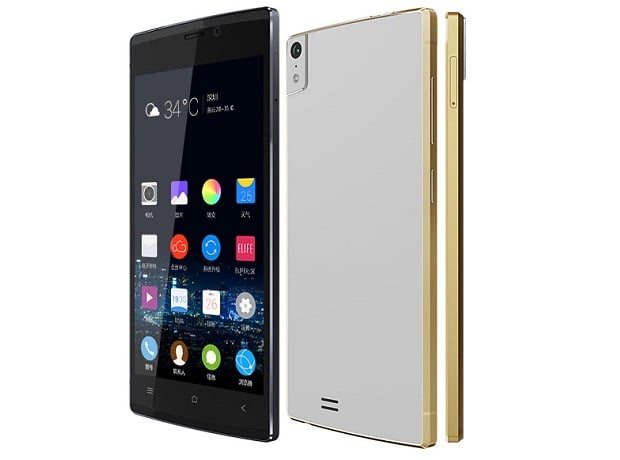 If a device wants to stand out but doesn’t have the backing of top brands like Samsung and Apple, then it must flaunt something that the competition will find hard to beat. Grabbing the title of world’s thinnest smartphone is one, a feat that the new Gionee Elife S5.5 has achieved.

As the thinnest smartphone, the Gionee Elife S5.5 measures only 5.5mm (hence the name) thin, beating previous titleholder Vivo X3, which measures 5.75mm. The difference is rather negligible to the naked eye, but I’m sure some people would go gaga over it. Even the “incredibly thin” iPhone 5S at 7.6mm pales by comparison. Gionee has yet to reveal the complete specs of the Gionee Elife S5.5. In the meantime, reports are suggesting that an octa-core processor clocked at 1.7GHz is powering the device, with MediaTek MT6592 probably a safe bet here along with Mali 450MP4 graphics. We can then expect performance to be closer to the Elife E7 Mini than the Snapdragon 800-equipped Elife E7. Whether microSD external expansion is supported or users are merely restricted to the 16GB internal storage still needs to be determined as well.

With a battery capacity at 2300mAh, the Gionee Elife S5.5 claims to have an all-day battery life. A rather outdated Android 4.2 Jelly Bean comes preinstalled, with the company’s custom Amigo 2.0 skin on top. Available color variants are white, black, purple, blue, and pink.

Preorders for the 3G-only version (approx. $370) has already started in China, with the actual sale slated for March 18. On the other hand, the LTE version won’t launch until in June. Over 40 countries will get to receive the Gionee Elife S5.5. Hopefully that includes the Philippines.