Rumored for quite a number of times, the Samsung Galaxy Alpha has finally surfaced. It’s the Galaxy smartphone we’ve all been waiting for that sports a metal frame.

It’s not all metal, though; the rear cover still uses that dimpled polycarbonate material found in the Galaxy S5. Nevertheless, the frame does make the overall design more elegant. That the Samsung Galaxy Alpha is one of the slimmest in the Galaxy line isn’t also something one can just ignore. You’d think the metal would’ve made the whole thing heavier, but Samsung managed to keep it light at just 115g. 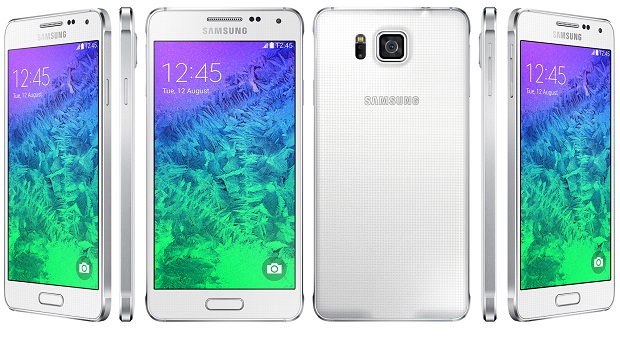 Running under the hood is Samsung’s homegrown Exynos octa-core processor (four cores for increased performance, and the other four for power efficiency), which is reported to be more powerful in benchmarking tests than the chips powering the HTC One M8 and Samsung’s prior devices.

From the looks of it, this is what the Galaxy S5 should have been—except for a couple of specs that have been downgraded. The screen is smaller at 4.7 inches (the same screen size that’s expected from one model of Apple’s upcoming iPhone 6) with only 720p resolution instead of 5.1-inch 1080p, while the battery capacity is now only 1860mAh. The main camera is also inferior in terms of resolution—12 megapixels instead of the S5’s 16MP. But hey, the heart rate monitor and fingerprint scanner are still there!

Color variants vary per market and may include charcoal black, dazzling white, frosted gold, sleek silver, and scuba blue. Price is yet to be announced, though it probably won’t be too far from the S5’s price. The Samsung Galaxy Alpha is slated for a September launch to coincide with the unveiling of Apple’s next-generation iPhone. This then begs the question: can it really steal the iPhone 6’s spotlight? 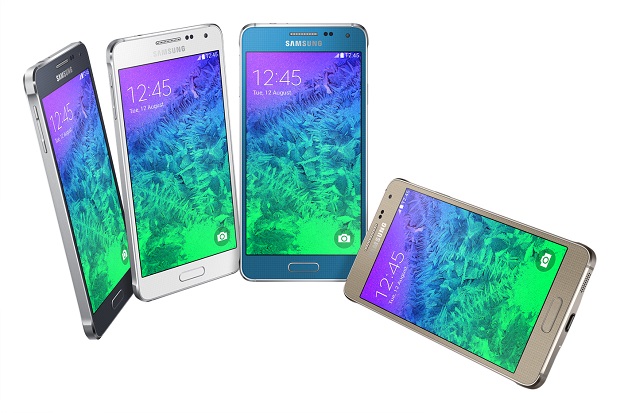