Another security alarm sinks in the social media world as a hacker (or hackers) got in to the account of approximately 55,000+ twitter and users releasing their details in the “popular” presentation site of crackers, Pastebin. The list of the broken down accounts were so large that it accumulated 5 pages in Pastebin. Meaning, whoever it is, it is a real threat. 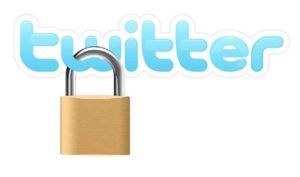 What is Pastebin by the way? It is the place where hackers throw their “marks” to their work done anonymously so they will not be jammed.

As an immediate response to the incident, Twitter quickly pushed the button for password resets for the infected accounts to let their owners recover their account as soon as possible. They also contacted other possible tainted users so they will be aware of what just happened and take urgent action by themselves.

This issue strongly reminds every internet junkie that it is never safe to settle with mediocre passwords instead go for the full security even it is the harder way. To help you get going, you can read my  tips on how to make your online account secured and follow my simple guidelines. Unfortunately, this is still not a guarantee that you are totally out of harm’s way but it is just a way to prevent the basic attacks.

To sum this up, let’s me ask you a quick question. How long is your twitter password and how often do you change it?