Facebook just changed their game as they shift from giving freemium apps to premium ones through Facebook App Center. It was just like yesterday when the biggest social networking site moved away from offering those paid goodies but that was yesterday. 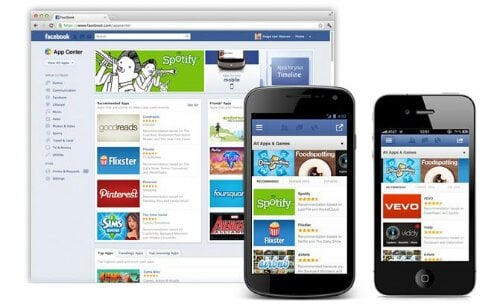 With the success of mobile app stores from iOS and Android, it is not relatively new because we all expect a big social networking site like Facebook to take advantage of this kind of hype and only time can tell when. Indeed, the time has come.

But what is Facebook’s iniative? Is it really about the money? No, I believe it’s not. Their store is different, it is half store and half showcase. What does that mean? Read on to find out.

What will the Facebook App Store contain?1. Integration of Other WebsitesAs we all know, a lot of websites nowadays lets their unregistered users to log in using their Facebook, Twitter, and Google account. Some of the known sites are StumbleUpon, Pinterest, Digg and Spotify. The catch here is when a user logs in using Facebook, the latter gets access to the person’s activities and information. Thus, they can have a more optimized advertising strategies. This a good benefit to websites that uses it because they can get a huge promotion too.

Again, the requirement for an app to qualify to hit the App Store is through the use of Facebook log in. This is a smart idea to keep their users with them and indirectly lessen their log ins using other platforms (Twitter, Google). Their app store will not sell the mobile apps though instead it will only link to it’s original source or market. This will prompt a wider reach for social apps and again, Facebook wins for a big boost in marketing research.

I think this is absolutely the heart of Facebook App Store. The main focus of this was to encourage developers to invest their time making apps using HTML5. This way, it will be better because the programs will be made not specific to a certain platform only(ex. For iOS only) but rather it would support several OS (ex. For iOS/Android). That’s cross-platform goodness right there. And where can this kind of web app be massively marketed? It is no doubt that it’s Facebook. However, they will get a 30% share of the sales in this portion.

Facebook App Center is really a cool new way to spice up the aging social networking experience. But still, I find that an option to remove facebook timeline is much needed and it shouldn’t be just implementing it to their own preference. Also, this may somehow reduce freemium apps and games in Facebook but nonetheless it’s a great start.