It’s been an “explosive” year for Samsung with its Galaxy Note 7 blowing up and bursting into flames out of nowhere. It was a worldwide incident that cost the company millions, if not a billion, of money. After a long of time of waiting, Samsung finally shares their findings regarding the faulty units.

During a press conference in Seoul, Samsung Mobile Chief DJ Koh apologized with all sincerity to all the customers and business partners that were highly affected by the unforeseen incident. He also told them that 96-percent of the Galaxy Note 7 sold had been returned to them already.

In addition to these announcements, he also stated that there’s been an internal investigation and testing methodology working on the case of the explosions. Tests in the wired and wireless charging, iris scanning and the USB-C connector are being done, but none of them seem to be the root cause of the explosions. Instead, the testing showed that the battery cells caused the explosions.

“The main cause of the incident was deflections in the negative electrode in the first batch of batteries,” Koh said. He added that the second batch had melted copper in it caused by a short circuit that occurred during the welding process.

Related: List of Samsung devices getting the Android 7.0 Nougat update

Because of the increased consumer demands for a larger battery, a cell with protective cases were manufactured. This caused a greater chance of contact between insulated elements. The second replacement batteries did not have this defect but because the company was rushing the work, it resulted to a similar manufacturing defect. Both of these instances caused a recall for the devices that were sold.

Hundreds of testers, both internal and external, were brought to work with the Battery Advisory Group by Samsung. According to President, Consumer BU at UL Sajeev Jesudas, the failures were because of the upper part of the battery cell. He explained a number of possible issues that caused the short circuits like poor welding, missing insulation and sharp edges, and higher battery density. He believes that the design and manufacturing are the root of this issue. 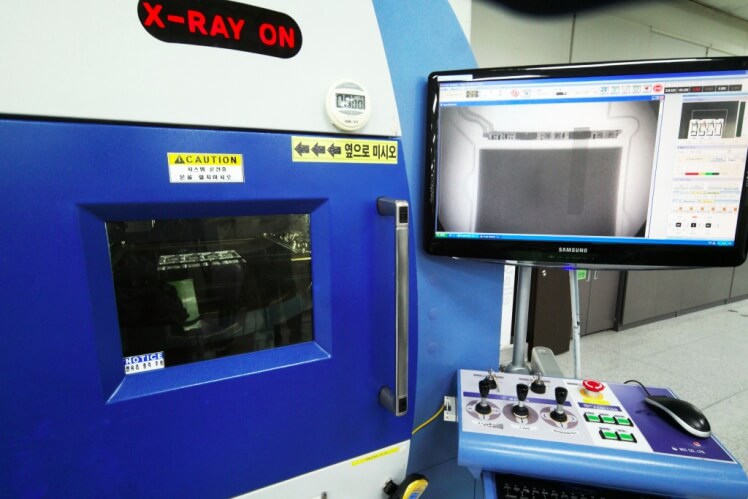 Principal Scientist Kevin White shared his findings regarding the incidents. He said that there wasn’t enough space for negative electrodes that forced them to bend, giving exposure for the positive and negative contact, resulting to short circuiting and heating.

The last to take the stage was Holger Kunz, Executive Vice President Products of TUV Rheinland AG. They focused on safety, especially the assembly line manufacturing process, wherein no detection of weakness or concern was found. They also said that the batteries met the international safety requirements.

Despite the inconsistencies and differences with the finding, Samsung is taking full responsibility for the incident and ensuring their customers that the safety and quality of their product is the company’s number one priority. Let’s see how the company will bounce back this year.