Both Google and Apple are now fighting to lure the education market. And with the launch of the new Acer Chromebook Tab 10, Google is taking a step closer to the goal.

This new tablet will go against the new 9.7-inch iPad from Apple, which was built and heavily marketed for students and teachers.

But if the education market doesn’t want to take the iOS route, then the new Acer Chromebook Tab 10 might be their next best option. Just like the iPad, the Tab 10 also has a 9.7-inch screen with a sharp resolution of 2048 x 1536 pixels. It has an OP1 processor at its core, paired with 4GB of RAM and 32GB of expandable storage. The Chromebook Tab 10 also comes with a USB Type-C port as well as a headphone jack.

There are cameras in the front and back and the battery life is estimated to last around 9 hours. 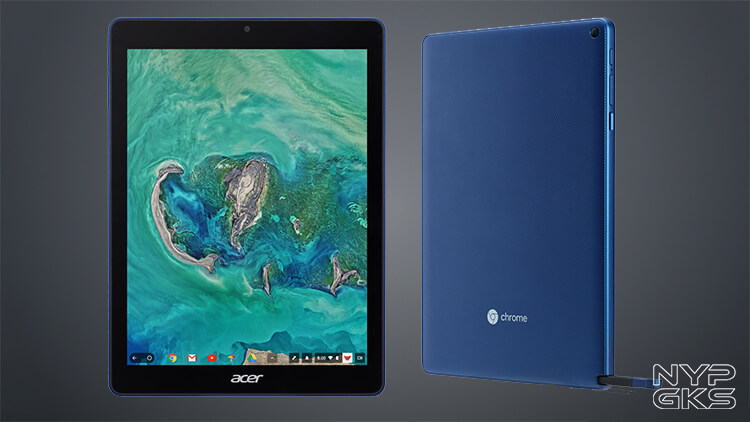 And to further attract the students, the tablet also has a stylus support. In fact, it even ships with the said accessory right out of the box, instead of being sold separately like what Apple is doing with their Apple Pencil accessory.

The new Acer Chromebook Tab 10 retails for a price of USD329 (~Php17,200). Both Google and Acer plan to directly offer it in schools in the US, but will also definitely sell it on the mainstream market soon. However, the local pricing and availability in the Philippines are yet to be determined.