In our previous post, we reported about a development of the conspiracy about how Apple is deliberately throttling the performance of older iPhones. As it turns out, it is indeed the battery’s fault and Apple has something to do with it.

As your smartphone ages, its battery performance also degrades with it. Many of you might not know, but having an unreliable battery can cause serious damage to the hardware that’s inside your device.

That’s the reason why Apple tries to slow down your iPhone on their new updates. The company is trying to cap your device’s performance, not maximizing its full potential, so it doesn’t stress your aging smartphone battery. It also helps the battery to have an identical longevity on a single charge. 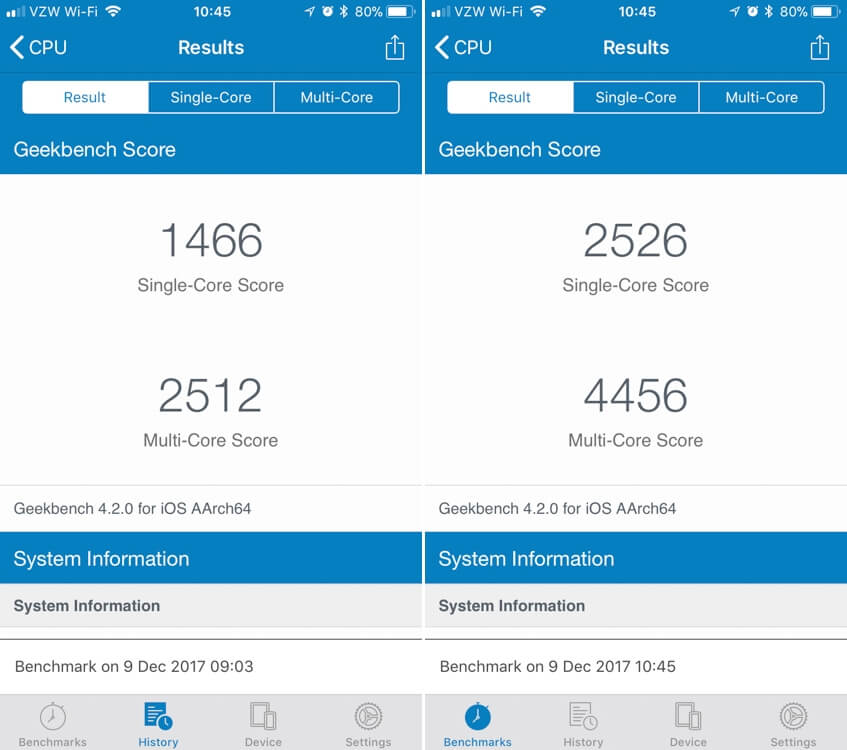 According to John Poole, a developer at Geekbench, the iOS 10.2.1 and 11.2.0 updates rolled out the throttling feature on different iPhones. On the other hand, iPhone 7 units got it under the 11.2.0 update.

The Verge reached out to Apple for a statement. The tech-giant did confirm that they are intentionally throttling the performance of the iPhones with aging battery. However, they disagree that the intention was to force people to upgrade their devices.

Our goal is to deliver the best experience for customers, which includes overall performance and prolonging the life of their devices. Lithium-ion batteries become less capable of supplying peak current demands when in cold conditions, have a low battery charge or as they age over time, which can result in the device unexpectedly shutting down to protect its electronic components.

Last year we released a feature for iPhone 6, iPhone 6s and iPhone SE to smooth out the instantaneous peaks only when needed to prevent the device from unexpectedly shutting down during these conditions. We’ve now extended that feature to iPhone 7 with iOS 11.2, and plan to add support for other products in the future.

While Apple’s intention was indeed logical, it would have been nice if Apple gives a warning to their customers when their iPhone’s battery degrades. Instead, Apple kept their mouth shut and enjoyed all the iPhone money their getting from those who have upgraded their handsets to its newer models.

So if your sole reason for upgrading your iPhone is its slowing performance, you might want to have the battery replaced first and rethink your plan of getting a new device.