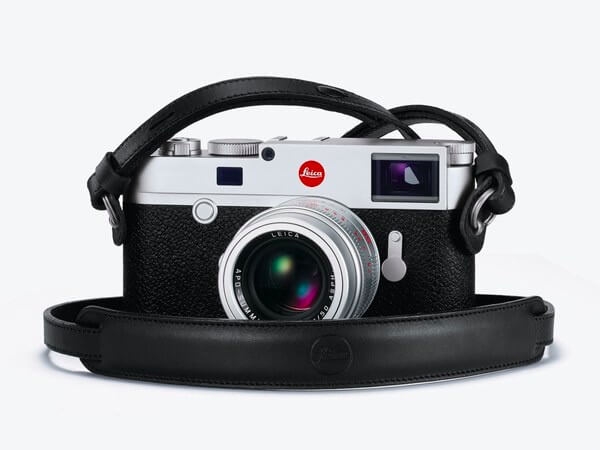 The Leica M10 has a somewhat smaller build than its fellow digital co-travelers, having a design that looks more like its analog ancestors. The top plate of the camera has a depth measuring 33.75mm, 4mm (1/8 inch) thinner than the Leica M (Typ 240). There is also a new ISO dial added to the top of the M10. Thus, the Leica M10 is the thinnest M camera Leica has manufactured ever.

The Leica M10 comes with the ability to control all the essential shooting parameters such as shutter speed, focusing, aperture, and ISO, directly by using physical controls without the menu on the display interface. Remember this is a digital camera, not analog but you don’t need to even switch on the camera to check those settings. It also features an optimized rangefinder with its field of view increased by 30% and the magnification ratio also upped to 0.73x, as against 0.68x on previous models. The optimal distance between the photographer’s eye to the viewfinder eyepiece has also been increased by 50%, making it much more comfortable for shooters who wear glasses. The Leica M10 has a 24-megapixel full-frame CMOS sensor with better dynamic range, as well as sharpness, resolution, and contrast rendition. The sensor also comes with a glass cover plate that serves as an infrared cut-off filter and cuts down on refraction of incoming light. The company also follows the common trend by omitting a low-pass filter on the sensor, thereby improving photo sharpness.

In addition, the ISO range has been expanded in the M10 thereby allowing photographers to shoot at ISO 100 to 50,000 (up from 200-6400). The higher ISO also reduces image noise when compared to predecessors. The M10 packs a new Maestro II image processor, with a 2GB memory buffer that allows photographers to shoot continuous burst at 5 frames per second at full resolution for up to 16 frames, making it the snappiest M camera ever made. The camera also features a magnesium-body with a 3-inch 1.04-million-dot LCD screen covered with Gorilla Glass at the back. The back of the camera only has a directional pad and 3 buttons, reduced from 6. The 3 buttons function as Play, Live View, and Menu buttons. The Menu is customizable so that photographers can choose the functions they prefer to have quick access to.

Leica M10 also has Wi-Fi connectivity. The Wi-Fi makes it easier to quickly transfer photos from the camera to other mobile devices. Users can also use the Leica M-App, where they can directly transfer DNG raw files for on-the-go editing and sharing. Through the app, you’ll also be able to control your M10 remotely using a smartphone or tablet.

Other specifications of the Leica M10 include features like; a loupe view during Live View that can be placed anywhere on the frame to examine sharpness, an integrated GPS module for geotagging, and SD card storage. The camera has a weight of 660g.

Talking about the cost, the new Leica M10 comes with a price tag of $6,595 and it will be available in black and silver.