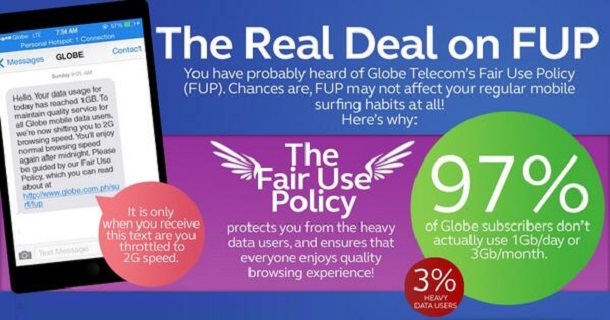 When Globe carried out its revised Fair Use Policy with 1GB-a-day data cap, the company sure did annoy many of its customers. The company thinks the resentment is unfounded, though, and has released an infographic to iron out any confusion about the policy.

To recap, the Fair Use Policy revision has made most of Globe’s Internet subscribers subject to a 1GB-a-day limit (or 3GB a month, whichever applies first). Once the limit is exceeded, the subscribers will then have their speeds throttled down to 2G for the remainder of the day and/or month. Entitled The Real Deal on FUP, Globe’s infographic sets out a couple of clarifications: