HP’s re-entry to the tablet market after its TouchPad bust was met with tough competition against the new Google Nexus 7 and other notable Android slates. Not to be dissuaded, the company continues expanding its Android lineup with the new HP Slate 7 HD and Slate 7 Extreme.

Between the two, the HP Slate 7 Extreme is the premium choice. It looks, to some degree, similar to the Nexus 7 tablet, although the front-facing speakers and presence of stylus should distinguish itself from the popular Google slate. When the stylus is removed from its container, a pop-up menu screen appears and provides users app choices that are specially designed for pen input. Thanks to the Tegra 4 processor running inside, the screen promptly reacts to the touch of the stylus with barely noticeable delays. However, unlike the S Pen in the Galaxy Note series, the bundled stylus is not pressure sensitive.

Besides the Tegra 4 CPU, the HP Slate 7 Extreme also sports a 1280×800 IPS display, 1GB worth of RAM, a choice between 16GB or 32GB internal storage, and support for microSD card storage expansion. Available shooters are the 5MP rear and 2MP front cameras, with HDR and panorama just some of the featured photo settings. 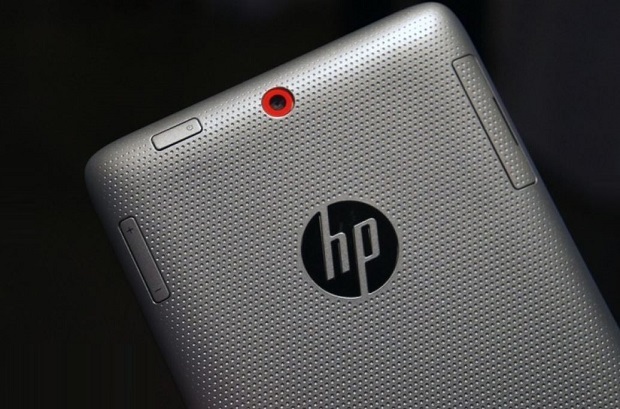 The HP Slate 7 HD, on the other hand, is the company’s answer for anyone looking for an affordable 7-inch tablet. Its specs are deemed modest at best: 1280×800 IPS display (~216ppi); dual-core Marvel processor; 3G and HSPA+ connectivity; and Beats Audio. The device should last up to nine hours of use. Build quality seems decent, albeit rather cheap due to its plastic construction. Note that this is not a replacement of the first Slate 7, hence a higher price is expected.

Both tablets come with Android OS that’s quite kept as close to the vanilla version as possible. In other words, users get the look and feel that Google devs have deployed instead of the customized UI skins that are added by manufacturers (e.g., Samsung and LG). The only modification by HP seems to be the addition of its own apps and services. This should allow OS updates to arrive faster than the norm.

In order to cover all popular tablet screen sizes, HP has also recently revealed the Slate 10 HD and Slate 8 Pro. All four devices are scheduled for release in the coming holiday season, but no exact availability and pricing have been announced.