Through the years, smart speakers’ popularity has grown exponentially thanks to the voice assistants they come with. Now, it seems like manufacturers are taking it a step further with Smart Displays.

Amazon was first to show its intent by launching the Echo Show. In partnership with Google, Lenovo has finally unveiled its own Smart Display equipped with Google’s Assistant.

Unlike smart speakers, the Lenovo Smart Display can visualize all the interactions between the device and the user. It displays the basic questions, answers, and provides visual information like maps, videos etc.

See also: Lenovo A5 is a budget smartphone with a huge 4,000mAh battery

Lenovo Smart Display is powered by Qualcomm’s Home Hub Platform, which was based on an octa-core Snapdragon 624 chipset. There’s 2GB of RAM and 4GB of built-in storage, which is probably more than the Smart Display would ever need. The device also supports Wi-Fi 802.11ac and it can take video calls through the Google Duo app. 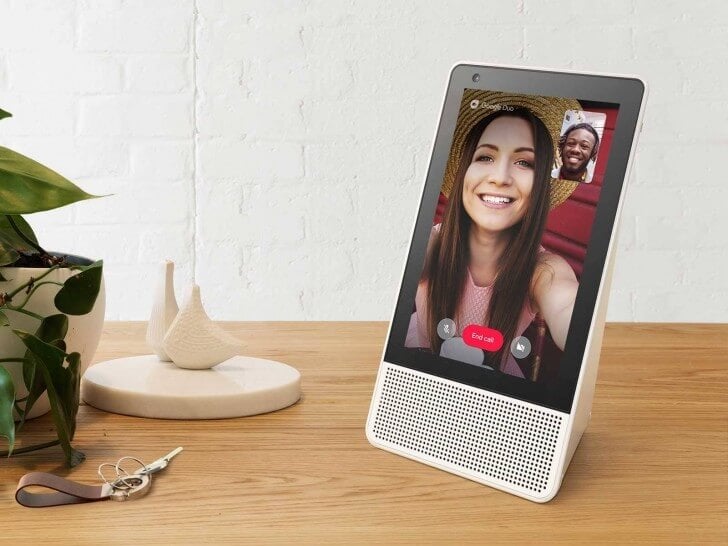 For privacy purposes, Lenovo decided to include a mute key for the microphone and a shutter to hide the front camera.Speaking of the camera, it has a 5-megapixel sensor and it supports up 720p video resolution.

Lenovo Smart Display will be available in 8-inch and 10-inch variants, priced at $199.99 and $249.99, respectively. As a bonus, buyers will also get a complimentary 3-months free subscription to YouTube Premium.